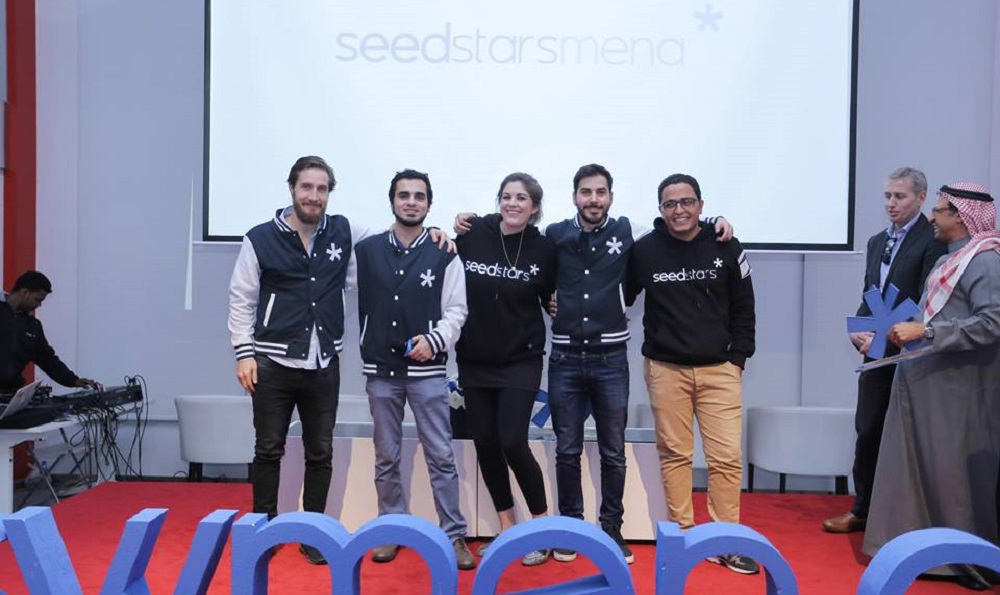 Oceans of sand, pyramids, camels and shiny super-cars. This is what comes to mind when somone thinks of Middle East and North Africa. What people (who’ve not been here) don’t know however is that it’s also a very fast growing region when its comes to technology, entrepreneruship and startups.

Seedstars MENA team traveled to nine countries in the region to meet with entrepreneurs, investors, tech communities and, organize local chapters of our global Seedstars World entrepreneurship competitions to find the best early-stage startups, one from every country. The eight-month-long journey was a true eye-opener, as we learned a lot from it. Today, in this and here, on this post, we want to talk about these learnings.

GCC – Governments that were associated only with the energy exports, are moving their focus towards technology, innovation and entrepreneurship.

We were truly fascinated by the government support of entrepreneurship we observed in the GCC subregion. Local governments have launched big budget funds and SME support organizations not only to boost the entrepreneurship among their population, but also to train and educate their human resources on new technologies and provide support in different ways, starting from grants and investments to operational help in startups’ daily activities.

For example, Bahrain’s labour fund, Tamkeen, is actively helping entrepreneurs in the Kingdom to start-up and incorporate their business ideas. The organization also helps them with grants to keep the afloat until they are financially sustainable.

But what’s most interesting is Tamkeen offering to pay up to 70% of the salary when these startups hire fresh Bahraini graduates.

Right next to the Bahrain, there’s a lot happening in another Kingdom. Saudi Arabia, aligned with the Saudi Vision 2030, wants to reduce country’s dependency on oil and boost variety sectors, such as tourism and technology entrepreneurship. It has been getting a lot of attention lately for their efforts to turn Saudi in a hub for technologoical advancemets. The country is supporting the national entrepreneurs through different government run or sponsored programs with accelerators and incubators helping startups build and grow products without taking any equity. Badir, STC’s InpsireU, and Nine Tenths to name a few. Saudi is also betting big on international startups by backing SoftBan’s Vision Fund and Dubai-based Noon.

Kuwait and Oman have also a lot of interesting stuff going on. Kuwait last year saw one of the biggest exits of the region: Carriage. Region’s first food vertical accelerator was also launched in the country with their first cohort graduating earlier this year. In Oman, OTF (Oman Technology Fund) is pretty active these days with their incubation and acceleration programs.

And UAE. Well, we don’t even have to talk about them. In 2017, the country actually appointed a Minister for the Artificial Intelligence. No kidding!

North Africa – extremely young ecosystems, not as much support from the government but extremely resillient and determined entrepreneurs.

Our extensive travels to North African countries and interaction with local startup ecosystems clearly demonstrated that this subregion is underrated and (underestimated) by the international community of entrepreneurs. Entrepreneurs form this part of the world are using technology to solve issues in their societies, and in the process, improving standard of living in these countries. Slowly but surely they are making imporvements already. One thing that stands out about them is that they’re extremely resillient and determined.

And yes, the entrepreneurs in these countries obviously don’t get as much support from the governments as those in GCC but the governments here are also trying and catching up with different initiatives. Many international organizations are also working with the North African entrepreneurs to help them bring their ideas to life and grow them.

Last year, Cairo-based Flat6Labs was able to raise $1 million for their $5.6 million fund to accelerate startups in Egypt. That investment had come from Egypt Ventures, a company of the Egyptian Ministry of Investment and International Cooperation (MIIC) and managed by NI Capital, and the Egyptian-American Enterprise Fund (“EAEF”), a United States government-funded private.

European interest is also visible. Last year, European Bank for Reconstruction and Development (EBRD) announced that it will be providing a loan in two equal tranches to CaixaBank Succursale au Maroc (CBM), for on-lending to SMEs in Morocco.

Levant – Diverse, dynamic and full of surprises for startups

Looking at the startups from the Levant region, you can clearly notice the drive in their attitude and unique yet ambitious business models. We believe being located in the crossroads of Europe and Eastern world gives this subregion its uniqueness. For some MENA startups, Levant is a great place to have access to talent and in some cases investment as well, and for Europeans and international ones it is a gateway to the huge MENA market.

In either case, Levant is experiencing a lot of interest and attention from all around the world. World Bank last year signed a $50 million facilitated loan agreement with the World Bank to establish a $98 million Innovative Startups Fund that will be investing in Jordanian startups.

We ended our tour in the region with Seedstars MENA Summit in Bahrain, where nine winners from the MENA joined us for three days and showcased their products and how they can impact the region’s development by leveraging innovative technologies.

Vision in Motion from Lebanon which is a B2B software solution that helps retailers understand their customers using security cameras and computer vision.

Jordan’s 3oun that connects users with handymen through its mobile applications.

Paym.es from Turkey: A shopping chatbot that helps users buy or sell different things securely over Facebook Messenger by asking them series of questions.

Morocco’s Hooplacar that connects brands with drivers to create on-vehicle advertising campaigns that can be monitored in real-time through GPS tracking and different marketing KPIs.

WideBot from Egypt that lets users create their own chatbots through its platform without any coding knowledge.

General Senses from Kuwait that uses latest innovations in Virtual Reality, Augmented Reality, and advanced natural human interfaces to create different experiences for its clients including 360 imagery and virtual tours.

As part of their prize, all these nine winning startups will be participating at Seedstars Summit, taking place in Switzerland in April 2018, a weeklong training program with the opportunity to meet the other 65 winners, as well as investors and mentors from around the world. Traditionally, the final day of the Summit will be dedicated to pitching in front of audience of 1000 attendees, with the possibility of winning up to the USD 1 million equity investment.

During the first day of the even, Seedstars partner Charlie Graham Brown introduced Growth methodologies to the MENA Startups. This session was a mix of theoretical and practical content, with input provided by the Seedstars Investment Team on growth team roles, growth equations, growth goals, and growth methodology (such as OKRs and KPIs). The startups put this new knowledge to use by putting together their own growth models, which they then received feedback on. It was followed by another session of acquisition channels and worked on practical application of the theory, where the startups brainstormed on channel prioritization and ideated new experiments to leverage these channels.

The morning of the second day was dedicated to one on one mentoring sessions with mentors from across the MENA, as well as from Europe and the United States. All startups had 3 rounds of 45 minute long mentoring sessions. We had 13 experienced mentors from many different backgrounds, 10 of whom were international, joining us in Bahrain. We also hosted keynote speeches “Human Dynamics of the Team” by Craig Smith – CEO of Dhahran Techno Valley, “Doing Business in Bahrain” by Fajer Al Pachachi from Bahrain EDB. and “Startups Funding Cycle” by Ahmed Fayed from General Senses. The bootcamp day ended with Q&A session with Kamran Elahian – Global Innovation Catalyst.

The Summit day started off with a “Media Chat” where some of the main partners discussed their current goals and objectives, announced the launch of new initiatives and answered questions from the press. It was full of the mainstage content; startup pitches, keynotes, panels & networking sessions. The 9 Seedstars startups showcased the wealth of great ideas and business coming out of ecosystems from the Middle East and North Africa.

There were keynotes from Simon Galpin on Bahrain EDB’s support of entrepreneurship and Kamran Elahian’s talk on the importance of innovation, as well as panels on Governmental support for entrepreneurship in MENA , the future of food and technology, the commercialisation of virtual reality, and mapping the MENA landscape in 2018.

At the end of the summit day prizes were given to some of the startups. Hooplacar, the Moroccan startup was awarded with $4000 worth of legal services from Al Tamimi & Company, a leading law firm with offices across the MENA region.

Our SSWMENA team is looking forward to coming back to the region, and continuing its journey in 2018.

Kamran Samadli
Guest Author at MENAbytes
Associate with Seedstars for MENA region. He travels across the region to find the most promising seed-stage startups that solve local problems and can be scaled regionally and globally. He can be reached on Twitter.