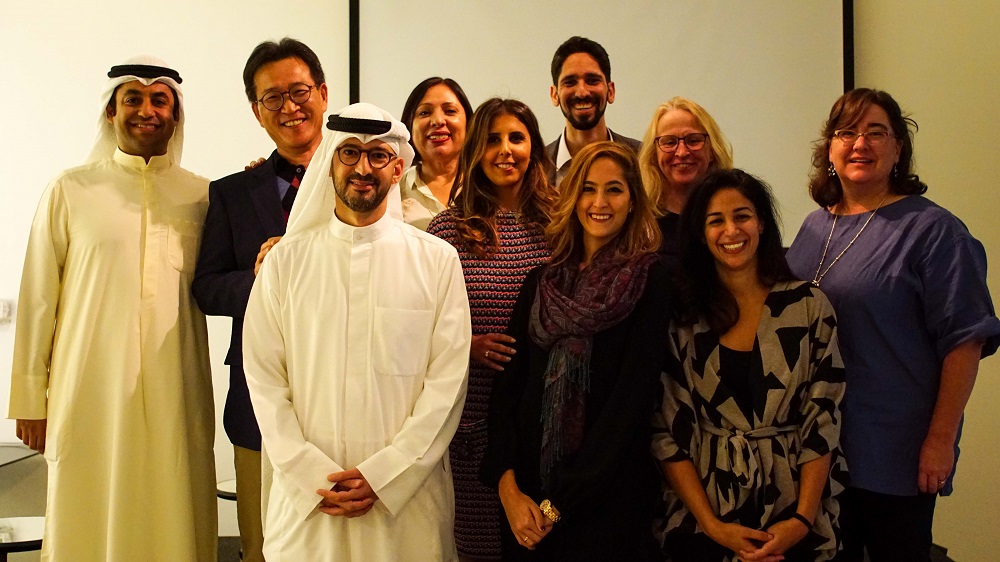 The accelerator accepted four startups in their first cohort last year. All of them took part in the 8-week program and graduated few weeks ago.

Speaking about the experience with first cohort, Amira AlZayed, Program Manager of Savour Ventures told MENAbytes: “The first cohort ultimately gave us a great outcome and was a learning experience for all of us. We became one big family towards the end of the cohort. I believe the startups were surprised by how much they ended up helping each other throughout the cohort, so not only did they learn from the Savour team they also learned from each other.”

“We are very excited to have them as our first batch of Alumni and look forward to integrating them into our next cohort,” she added.

Mona Al Mukhaizeem, the co-founder & Managing Partner of Savour Ventures, also spoke to us about the program: “There are many opportunities for innovation and disruption in the food sector, but the innovators aren’t getting the support they need. That’s where Savour Ventures comes in. We provide a support system for food startups to help them refine their product, improve their business model, and connect with the right opportunities for growth.”

Co-founded by Hind Al Awadhi & Yousef Al Menayes in 2015, Kuwait-based PantryBee is a food-subscription service that delivers pre-portioned ingredients for people to cook at home. Heard of Blue Apron? Pretty much the same thing but in Kuwait. Users can browse the meals and place orders on PantryBee’s web platform. The deliveries are made 24 hours after the purchase. With the pre-portioned ingredients, visual step-by-step recipe cards are also delivered at customers doorstep so they can make their fresh meals by themselves. PantryBee seems to be trying few other things as well including selling ‘experiences’ but limited to food only obviously.

“With Savour, we took a step back to look at the bigger picture,” said Yousef Al Munayes, founder of the startup about being part of the Savour’s acceleration program. “When we started we were just focusing on the day-to-day operations, but with Savour we have a bigger strategy. Savour helped provide the business tools for us to reach our goals and move towards the future.”

Amman-based Eila has built a chatbot ‘Eila’ that automates sales process of businesses through conversations. The bot can be used by almost any business but it seems that most of Eila’s clients are from F&B. The bot comes with different customization options including categories and sub-categories of items, store rules, multi-lingual support and a lot more. According to their website, Dominos Pizza is also one of Eila’s clients, perhaps the local franchises in Jordan & Kuwait.

Speaking about  joining Savour and working with their team, Eila’s founder Samer Tarazi said: “Our expectations are set so low due to accelerators around the region not being so great and being taught by people who are no smarter than you are. However, I felt very comfortable with the team running Savour and honestly, it was one of the best decisions I’ve ever made for Eila. So pack it up, take that leap of faith, come prepared to go to the next level, and you’ll get there!”

Founded by John Ree who has more than ten years of experience of running a Korean restaurant in Kuwait, Tabb helps restaurants create a wait free and seamless dining environment by letting their users book a table, order food and pay their bills online for enhanced dining experiences. Their application which is currently available in Kuwait only also serves as a robust operation tool for productivity management and customer relations.

“The biggest thing I gained from Savour is being around other startups and watching what they are doing and how they were doing it – that’s been really inspiring,” said John Rhee, Founder of Tabb. “Because I had been preparing all of this by myself, I had too many fragmented ideas. Savour helped me narrow them down and focus on what I really needed to focus on.”

The fourth and last startup that Savour had accepted for their first cohort is not a tech or even tech-enabled startup. It’s a proper restaurant. Founded and run by Claudia Ledesma, Solo Tacos is an authentic Mexican restaurant located in Kuwait City that serves Tacos Tijuana style.

“I didn’t know what to expect. I had never been in a working space like this before,” says Claudia Ladesma of @solotacos.kuwait. “But in the end, I discovered that I had so much potential and many possibilities. The Savour program definitely exceeded my expectations.”

So from a Eila, the chatbot to an actual restaurant, the first cohort of first food vertical accelerator of MENA had a pretty diversified selection of startups. Let’s see what would the second cohort have. Speaking of second cohort, Savour is currently accepting applications – the deadline is January 25 – you can apply here.

If you want to learn more about their program, here is a detailed piece we wrote about them last year.