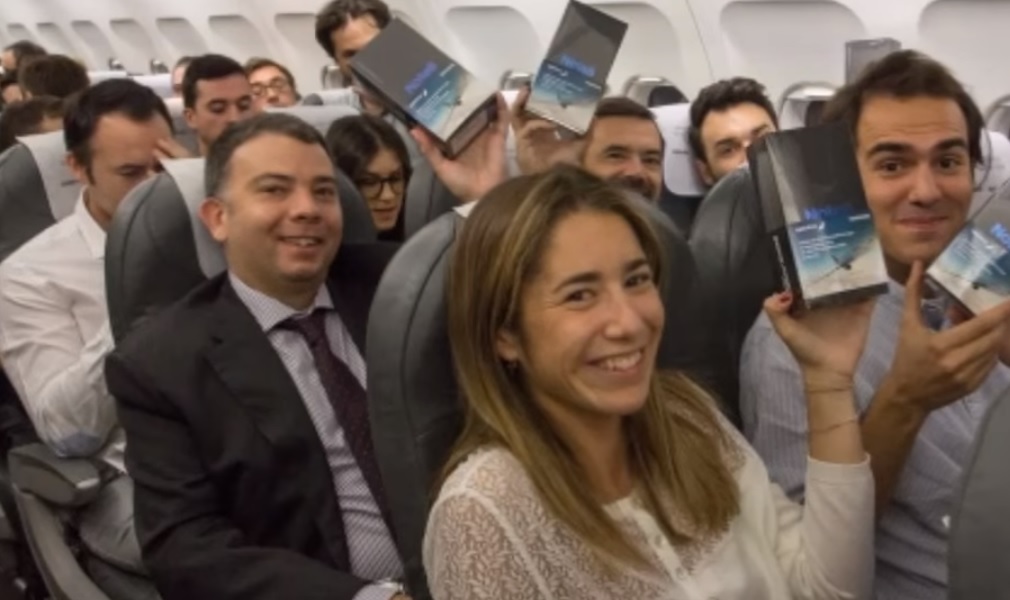 Pretty hard to believe, right? But it actually happened. Samsung Spain gave away recently launched Galaxy Note 8 to all the 200 passengers on a domestic Spanish flight from La Coruña to Madrid. The brand new handsets that were given away absolutely free had a note with them saying: “A year ago, we asked you to turn it off. We welcome you today on board.”

Flying with Iberia, a Spanish airline, these passengers obviously had no idea that they were in for this very pleasant surprise. In a video shared by a Youtube user, passengers can be seen very happy and taking selfies with the Note 8.

Iberia on Twitter shared some photos from the flight.

Samsung Spain also tweeted a video from the flight.

The event comes a year after Note 7 was banned by almost all airlines around the world due to reports of the phone catching fire. Because of the battery issue that caused the Note 7 fires, phone was eventually cancelled by the company. The whole thing affected Samsung’s reputation big time.

But Samsung has been able to bounce back pretty strongly as the pre-orders of Note 8 had beaten expectations. The company has made a lot of efforts to win back customers’ trust. This event seems to be a part of the same efforts for the company to get some quick good PR.