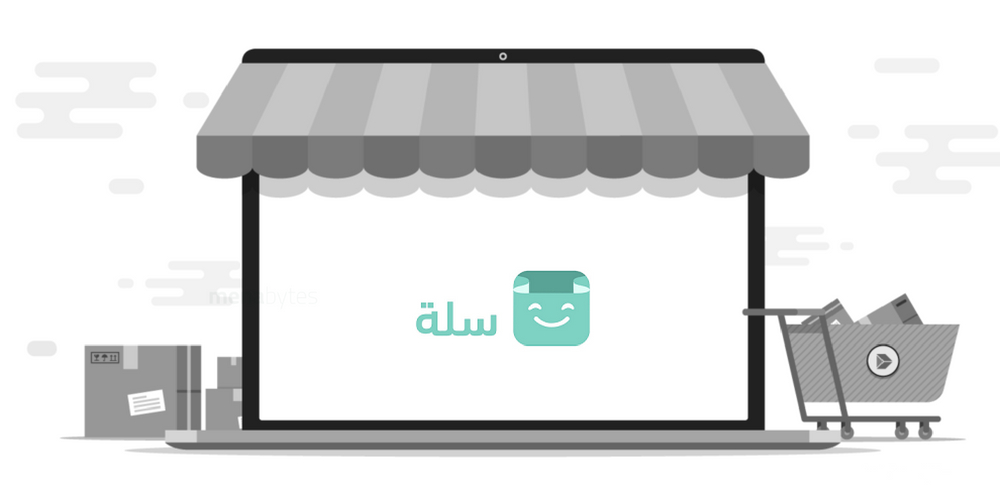 Saudi Shopify-like startup Salla has raised seed funding in a round led by Saudi VC Raed Ventures and joined by Dammam-based Vision Ventures, Riyadh-based Inspire Ventures, and Direct Influence, a media agency. The size of investment like most of the previous investments by these VCs was not disclosed.

Founded in 2016 by Nawaf Hariri & Salman Butt, Salla allows anyone to set up their Arabic ecommerce stores to sell online using their platform and tools. The startup has payment (gateway) and logistics partners who take care of the payments and delivery so the store owners are good to go the moment their store goes online.

The startup enables users to set up their branded store by choosing one of the available designs from Salla on their own domain name. The store owners can then add and manage their inventory using Salla’s web or mobile apps for Android and iOs.

They also offer different types of reports and tools to help store owners including integration with Instagram, automatic invoices, customer database, ability to block customers, pin favorite products on the homepage and add discounts and offers.

Salla unlike some other startups in the same space doesn’t charge the store owners for every order they receive. Instead, it follows a freemium model with the free tier not having the advanced features of paid subscriptions that come at 99 Saudi Riyal ($26) and 299 Saudi Riyal ($80) which seem pretty reasonable.

The startup will use the investment to accelerate their growth and expand into other local and regional markets.

Nawaf Hariri, co-founder of the basket platform, commenting on the occasion, said, “E-Commerce is growing tremendously, especially in Saudi Arabia. We at Salla are offering the latest technology to facilitate the merchants across the country. We currently offer a thirty different services to help merchants sell online. Our services are being used by all types of individuals and businesses including some families who are using Salla to sell food online.”

According to their website, Salla since founding has facilitated transactions of over 10 million Saudi Riyal ($2.6 million) for the 8,000 stores owners that are currently using its services.

Zid, another Saudi startup in the same category has been doing pretty well but they charge the store owners on every order.

Salla’s on the other as explained above has a freemium subscription model and their free model could be a big winner here. Not only could it empower a lot of people to set up their online stores but also act as the most important point in sales funnel of Salla.

Update: A previous version of this article mistakenly listed Adwa Aldakheel as CEO of Direct Influence. She’s not with the company anymore.