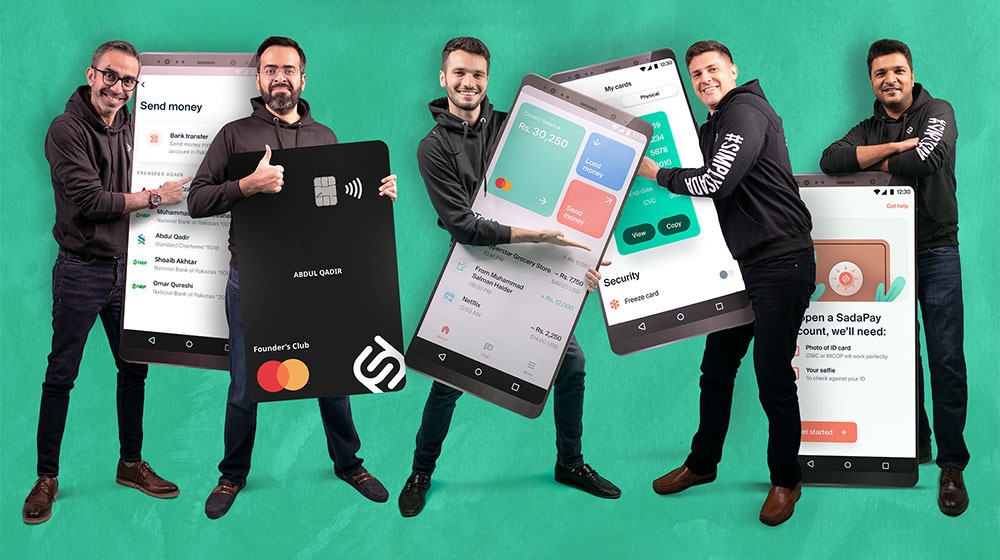 Starting with a digital wallet and a debit card, SadaPay aims to build a “neobank” for Pakistan. Currently available in private beta, its mobile wallet is one of the most anticipated fintech products in the country, with over 200,000 people on the waitlist. It launched the private beta a few months ago after receiving in-principle approval from the country’s central bank. In this pilot phase, SadaPay is allowed to operate with a maximum of 1,000 customers.

The startup will start its public rollout after receiving a full Electronic Money Institution license from the State Bank of Pakistan. SadaPay did not share a timeline, but its founder Brandon Timinsky has told MENAbytes that they would receive the license after successfully completing the audit and inspection from the regulator.

Brandon had started SadaPay in 2019 after selling his previous startup in the United States. He was visiting Pakistan on the invitation of a friend and was amazed by the opportunity that the country of over 220 million offered, “My first visit to Pakistan really opened my eyes to the amount of opportunity that has been hidden from the rest of the world due to the country’s difficult history from over a decade ago,” he stated in a conversation with MENAbytes.

As the statement by the company points out, Pakistan is the fifth most populous country in the world but has the third largest unbanked population after China and India. Brandon believes that the country is at an inflection point for digitization, “Pakistan has a refreshingly progressive regulator, a burgeoning unbanked middle class, widespread smartphone adoption, and over 70% of the population is under the age of 35. We believe that a combination of factors makes Pakistan one of the best places for emerging fintech in the world, and we are excited to be a leader in that ecosystem.”

SadaPay’s mobile app enables users to sign up for a mobile wallet account with a few taps in less than two minutes and start using it right away to make free transfers to any bank account in Pakistan. The signup process is seamless mainly because the company is connected to Pakistan’s National Database & Registration Authority (NADRA) – which means it can instantly verify any Pakistani’s identity from anywhere in the world, including the 15 million Pakistani expatriates living abroad.

The account comes with a virtual debit card powered by Mastercard that can be used for online transactions all around the world. SadaPay also offers a physical numberless debit card that the users can request from its app and receive at their doorstep in two business days (across Pakistan). The physical card allows users to make up to three free cash withdrawals (every month) from any ATM in Pakistan. The company also supports remittances from services like Transferwise, Remitly, and WorldRemit.

When launched, any overseas Pakistani will be able to sign up for a SadaPay account using their NADRA-issued ID card, the company’s CEO told MENAbytes, adding that will become the easiest way to send money to Pakistan, for free, at the best exchange rates in the world.

“Since SadaPay does not bear the high costs of managing the physical infrastructure of traditional banks, it passes those savings to its customers in the form of free financial services. The company will generate revenues from premium product offerings such as merchant services and remittances,” noted the statement.

Most of the banks in Pakistan fail to offer a decent digital experience to their customers, with many even requiring branch visits for things as simple as requesting an ATM card. SadaPay is presenting itself as an alternative to these banks with a focus on customer experience and that is apparently why it has received a very good response from its early beta testers – many of whom have expressed their appreciation for the app, its simplicity, and in-app live chat support, on different social media platforms.

SadaPay plans to use the latest funds to scale its product and attract global talent to take its headcount to over 100 over the next 12 months. The company has hired some high-profile executives over the last twelve months, including Jon Sheppard who was previously CTO for Gojek’s Financial Services, and Tayseer Ali, the former CFO of the bank behind JazzCash. It currently has a team of about 50 employees based in its offices in Islamabad, Karachi, and Lahore. They also have a growing number of remote hires in Europe and Asia.