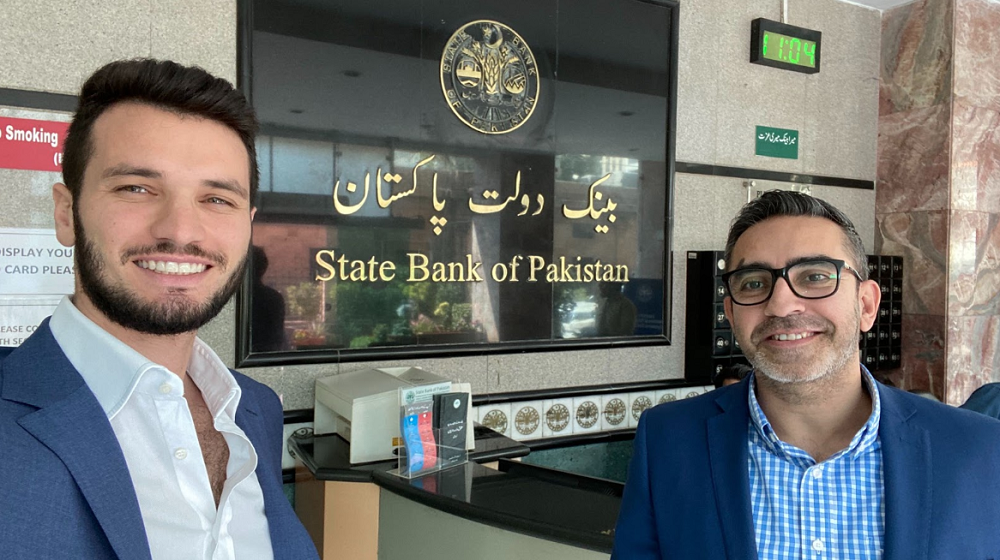 Islamabad-based fintech SadaPay has been granted the in-principle approval by the State Bank Of Pakistan for an Electronic Money Institution (EMI) license, it announced today in a statement to MENAbytes, saying that the approval will allow it to launch its digital wallet on a limited scale under the supervision of SBP.

Founded by American entrepreneur Brandon Timinsky who started working on the idea of shortly after moving to Pakistan in 2018, SadaPay, according to the details available on SBP’s website (PDF), will offer a digital wallet to individuals (consumers), merchants, and freelancers.

Among the other companies listed on the website that have received in-principle or pilot phase approvals within the last six months, SadaPay is the only one with an offering for freelancers too.

According to its website, SadaPay will allow users including freelancers to accept payments from 45 countries around the world. Given the fact that Pakistan is one of the fastest-growing freelance economies in the world but receiving payments remains still remains a very big pain point for freelancers across the country, SadaPay’s services to freelancers could very well be the element that eventually differentiates it from the existing digital wallets in the market.

Those who will receive the early access will be able to signup for an account on SadaPay with a selfie, a picture of their ID card, and some basic information without doing any paperwork. Its Mastercard is accepted at 30 million merchants around the world, online and in-stores. The startup on its website also claims to have the lowest foreign exchange rate, “We only pass you our cost of 1.5% for foreign exchange when you make non-PKR purchases with your card.”

SadaPay has recently appointed banking veteran Omer Salimullah as its Chief Operation Officer, and Pakistan’s former Finance Secretary Dr. Waqar Masood Khan has joined it as Chairman of the Board.

The startup in a statement said that its mission is to do remove the cost and complexities of traditional banking through their simplified digital-first experience that comprises of mobile wallet and a free Mastercard debit card.

“As soon as a SadaPay account is activated, a virtual debit card is provisioned for immediate use. Also, users can perform free and instant transfers to any bank in Pakistan, and withdraw cash from all of the 14,500+ domestic ATMs with no fees (3x per month). Furthermore, users can also load their accounts with cash at any of 30,000+ retail locations across the country,” noted the statement.

Brandon Timinsky, founder and CEO of SadaPay, commenting on the development, said, “It’s really amazing to see how committed the State Bank of Pakistan is to adapting to changes in consumer behavior and advances in technology. In the last few months alone, we’ve witnessed tremendous progress by SBP with the release of a number of new regulations that are certain to make an incredible impact on Pakistan’s economy by catalyzing the digitization of its financial system.”

“We’re also very grateful for the support we’ve received from the Bank of Punjab and Mastercard, which will certainly spur our journey towards rapidly expanding financial inclusion in the country,” he added.

The statement by SadaPay also points out the opportunity Pakistan’s fast-growing digital population offers, “It is the fifth most populous country in the world, with over 76 million 3G/4G subscribers and nearly 1 million new smartphones users coming online every month. In light of the COVID-19 pandemic, internet adoption is only accelerating and more people turn to digital solutions for everyday payments. This presents a tremendous opportunity for SadaPay not only in Pakistan, but also a number of other regional markets that the team hopes to expand to.”

Dr. Waqar Masood Khan, SadaPay’s Chairman, said “The role the central bank is playing in laying the foundations of a broad-based and user-friendly digital payment system in Pakistan is laudable. These efforts have gained momentum since last July. Pakistan would soon be a leading country in digitizing its payment system and SadaPay would play a prominent role to achieve this goal.”