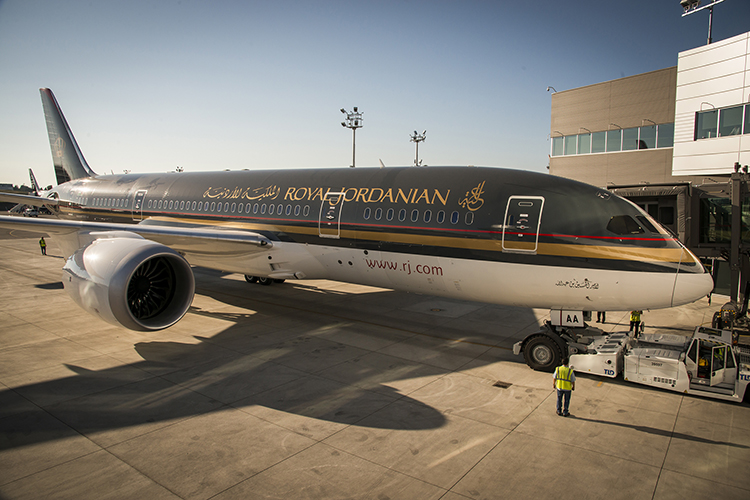 The ban which restricts the passengers from taking any electronic device larger than a cell phone in cabins. Instead, passengers will have to book their laptops, tablets, ereaders and even cameras. Passengers all around the world are obviously frustrated at the ban and airlines are taking measures to ensure compliance with the ban.

In midst of all this chaos, Royal Jordanian has upped its Twitter game and took a dig at the ban by their witty response to the ban; posting ’12 things to do on a 12 hour flight with no laptop or tablet’.

The tweet went viral in no time and has been retweeted more than 3000 times as we write and internet loved it. But the airline did not stop there.

All of this had started with the airline taking a dig at US a day after the ban was announced.

Royal Jordanian is not new to this. They’ve been making social commentary about the whole travel ban thing since it was first suggested by Trump. This is what the airline had tweeted when Trump had signed the travel ban executive order.

And this is what they had posted on US election day last year.

Most of the other Airlines included in the ban included Turkish Airlines, Qatar Airways & Emirates took the opportunity to talk about their inflight entertainment.

Let us entertain you. pic.twitter.com/FKqayqUdQ7

With over 3,000 channels to choose from, Oryx One is the only entertainment you'll need on board #OryxOne pic.twitter.com/9kun66qh4v

Pakistan International, the flag carrier of Pakistan that is not affected by ban also saw the opportunity to tease the Middle Eastern Airlines by tweeting this.

Did you know? You can carry your laptop/tablets onboard US bound #PIA flights. pic.twitter.com/pc8g8Owo9G

But the crown of wittiest airline on social media without any doubt goes to Royal Jordanian and we are officially endorsing their social media team for a raise.