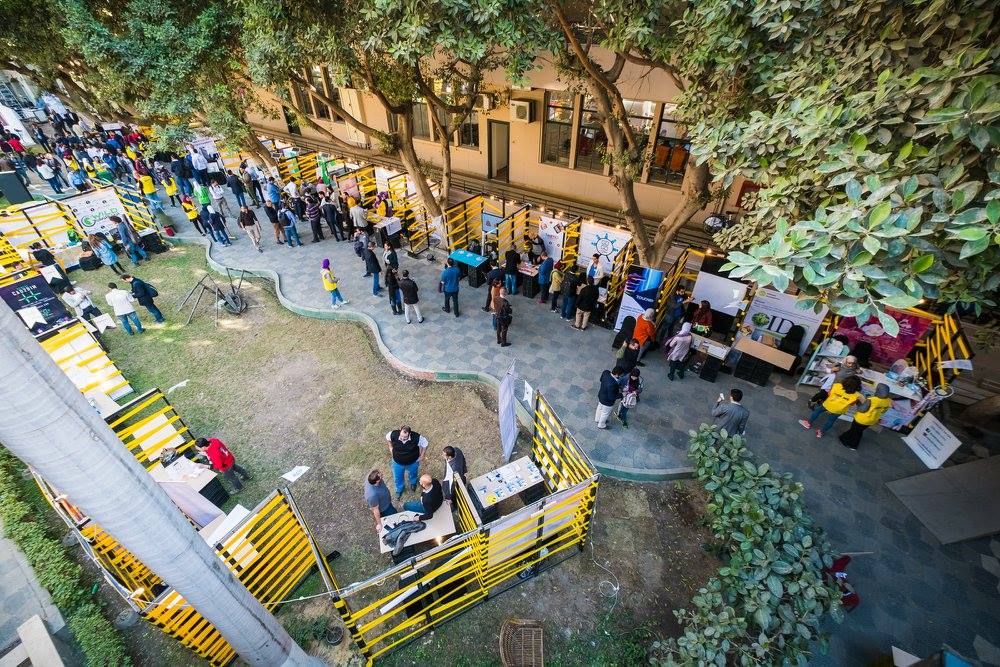 Started only five years ago, RiseUp Summit has already become one of the leading entrepreneurial events of MENA. Last year, the fourth edition of event was attended by almost 5,000 people who had the opportunity to listen to more than 200 international speakers from 53 different countries.

The three-day summit is now back with its fifth edition that will take will take place from 1st to 3rd December in the heart of Downtown Cairo. Thousands of founders, investors, speakers and tech enthusiasts from all over the world are expected to the attend the event. It will feature pitch competitions, talks, workshops and a lot more.

With less than a month to event, we have tried to prepare this guide to help you learn ‘almost’ everything about the #RiseUp17.

Anyone who is interested or involved in startups, tech or entrepreneurship in general. So if you’re a part of MENA’s startup community in any way or if you’re interested in MENA-based startups regardless of wherever you are, it’s one of the best events you could attend in the region. If you’re a part of Egypt’s startup community, attending RiseUp is a no-brainer. In-case you’re wondering, official language of the program is English so any session that’s not in English will be marked clearly.

The Greek Campus & American University of Cairo, Downtown Cairo, Egypt. If you need invitation letter for a visa, you can send an email after you buy the ticket to hello@riseup.co.

How much does the ticket cost and what’s included?

For now, the tickets are priced at 600 EGP ($34) but the prices will increase by more than 50% after 15th November. Groups wanting to buy three or more tickets get an instant 15% discount and the students who are enrolled in high school or a university will be able to buy their tickets for 300 EGP ($17). The ticket will give attendees access to stage program, talks, panels, fireside chats. opening/closing parties, attendee database, satellite events, pitch competition, coworking areas, ability to reserve workshop spots and more. The ticket sales are powered by e7gezly that offers the options of payment by credit card, Fawry and cash on delivery. You can buy them here.

The theme of RiseUp 2017 is human experience (HX) and everything at the event including the tracks is built around that. The summit will have following three tracks:

The whole idea of the summit this year is to highlight innovative solutions to one question, ‘How can we improve human experience?’.

The summit this year will host addresses by different international and regional speakers. Some of the big names making it to event this year include Brian Wong, founder & CEO of Kiip, a Silicon Valley-based rewards startup that has raised more than $30 million in funding; Brian Collins, Chief Creative Officer of COLLINS, a brand and experience design company in New York City and San Francisco; Udacity’s CEO Vish Makhijani, Mai Medhat from Eventtus, Hala Fadel from Leap Ventures and many more.

Startup Station will exhibit 150 startups from the region during the summit with each of them getting one day to display their products and services. The applications to Startup Station have closed already so we’re hoping that we might get to see a list of participating startups very soon.

The pitch competition at RiseUp 2017 will see 50 shortlisted MENA startups competing against each other. The competition is structures in two different stages, pre-seed and post-seed with a grande finale at the end of summit during closing ceremony. Every startup will be given 5 minutes to pitch their products and services for a chance to win cash prizes, trips to startup hubs, a chance to scale to Dubai and more. RiseUp’s team is going to make more announcements with details of the prizes in coming days. The applications for pitch competition have also closed.

The summit that is expected to host more than 5,000 attendees from all around the world will offer a lot of regular networking opportunities. If it’s someone who knows how to make good use of such events, they’ll walk away with a lot of connections. The official mobile apps of summit will be made available from December 1, the first day of event which is probably a little late because some would might want to have a look at list of attendees, speakers and plan everything atleast a day in-advance.

Apart from the regular networking events, RiseUp has planned some exclusives as well which are invite-only. They include Investor’s Cocktail that will have 200 top investors from the US, Europe, Asia, and MENA and 20 HIgh POtential startups (HIPOs as RiseUp calls them)  from the region; MENA HIPO’s 20X20 Dinner that will have also see the 20 HIPOs meet the 20 top speakers of event; Speakers and Experts Dinner for speakers, main partners, and industry experts; and a Felucca ride.

The three-day event will have 20 workshops on different topics. The workshops are mainly divided into two categories; first one being 101s for the explorers/beginners to help them with basic understanding of things and second category for people looking for advanced knowledge. RiseUp has not shared any other details about the workshops yet.

Launchpad is perhaps one of the most interesting offerings of the event. RiseUp has partnered with Wamda to offer different players from the ecosystem what they’re calling an ‘ultimate announcement opportunity’. All the announcements made through Launchpad will be reflected on the digital screens at Rise Up 2017’s venues. It could be used to announce a new product, a fund, an investment, a partnership, opportunities, mergers & acquisitions, or any other big announcement. Yeah, this is your chance to come out of stealth mode or announce that big round you’ve recently scored. Those interested to make any announcement can apply here.

Some of RiseUp’s partners will be organizing their own events before, during and after the summit all across the region. These independent events will be in form of talks, seminars, tours and trips, and parties. RiseUp has not shared any further details about these events yet as it is still in the process of partnering with different players from the ecosystem. If you would like to host a RiseUp satellite event, you can apply here.

The summit will also feature parties and jamming sessions. RiseUp’s team has not shared any details apart from saying that attendees can expect some of the most talented artists of MENA on-stage during the event.

That’s about it. See you on December 1, then?