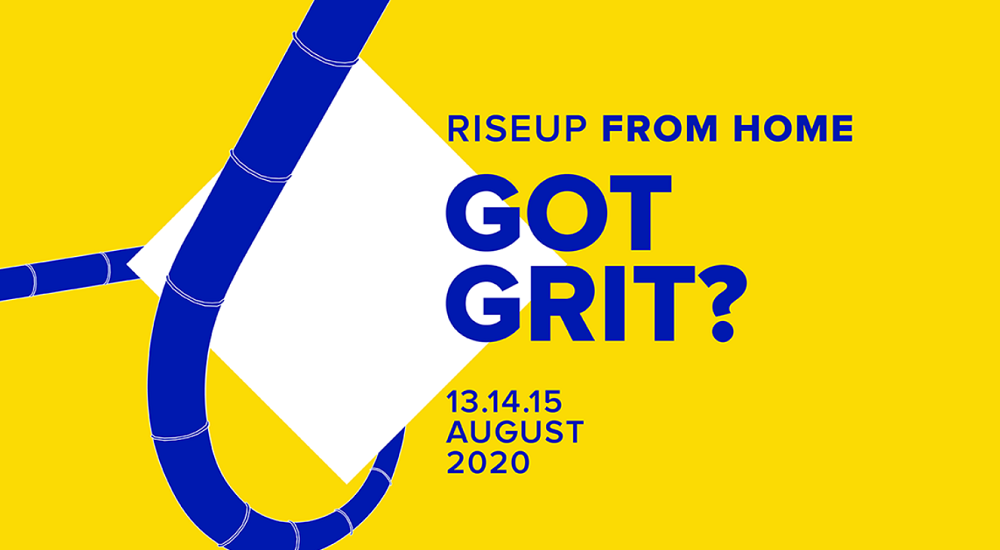 RiseUp, the Cairo-based company behind one of the region’s leading entrepreneurship event RiseUp Summit, is organizing its first digital event titled ‘RiseUp From Home’ 13th to 15th August, it announced in a statement today.

The event that is being organized under the theme ‘Got Grit?’ aims to reconnect the regional entrepreneurship ecosystem and help entrepreneurs and other attendees learn from real case studies on how different startups and companies at different levels have managed to fight challenges arising from Covid-19, noted the statement.

RiseUp has been organizing different online sessions on its social media platform to educate different stakeholders of the ecosystem during a pandemic but RiseUp From Home is its first attempt at organizing a large-scale digital event. As the pandemic has forced people to stay indoors, we’ve seen event companies around the world take their events online in different shapes and forms.

The digital event will feature workshops, keynote speeches, fireside chats, networking rooms, a virtual startup exhibition, matchmaking of different resources with startups, and a launchpad. RiseUp From Home will be using the homegrown (recently launched) Eventtus live events platform to conduct the event.

RiseUp From Home is still in the process of finalizing the agenda but some of the speakers that have been confirmed include Andreesen Horrowitz’s Ben Horrowitz, Foundry Group’s Brad Feld, Adobe’s Chief Product Officer Scott Belsky, Vezeeta’s Amir Barsoum, Global Ventures’ Noor Sweid, and 500 Startups’ Sharif El-Badawi.

The statement noted that 40 percent of the event’s content will be in Arabic. The event will feature five tracks including smart capital, creative culture, tech for humans, emerging tech, and people.

Abdelhameed Sharara, the co-founder and CEO, of RiseUp, in a statement, said, “RiseUp From Home is digitizing activities that were majorly conducted offline, including networking, exposure, and exhibiting, in order to prepare startups regionally for unforeseen external shocks in the future. The aim is to help startups and entrepreneurs mitigate the negative economic effects of the COVID-19 pandemic by enabling stakeholders to reconnect, obtain resources, become more resilient, and learn how to become more gritty.”

RiseUp From Home’s tickets are priced at EGP 275 (about $17) and can be purchased here. You can learn more about the event here.

The Egyptian company that organizes its flagship event RiseUp Summit in December every year in Cairo hasn’t confirmed if the offline event will take place this year or not. Abdelhameed Sharara, the co-founder and CEO of RiseUp, speaking at MENAbytes Live, last week had said that they will make a decision about it later this month.