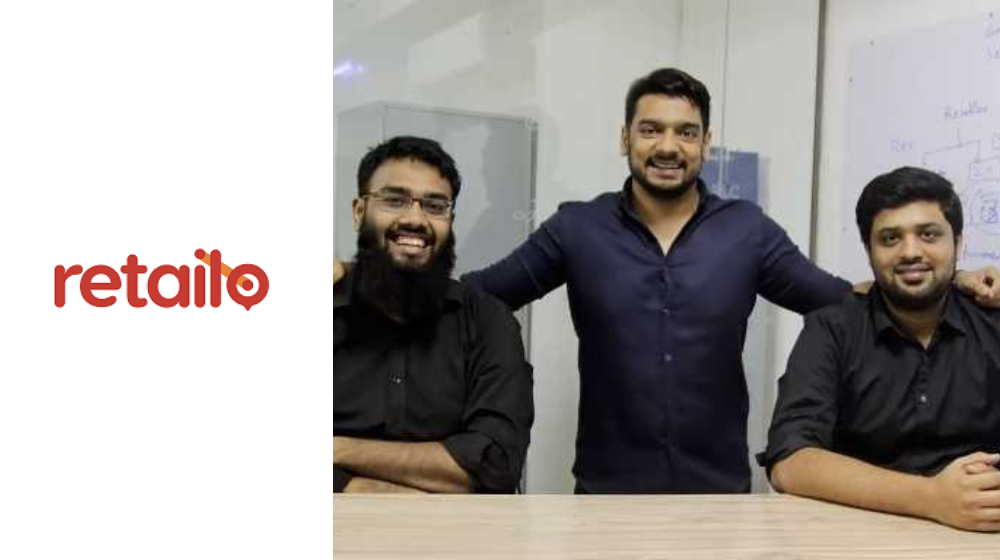 Riyadh-headquartered B2B ecommerce startup Retailo has come out of stealth today with the announcement of $2.3 million in a pre-seed round led by Abu Dhabi-based Shorooq Partners. 500 Durian (the 500 Startups fund for Southeast Asia) and 92 Ventures also participated in the round along with angels from ‘region’s top startups and leading management consulting firms’. According to our data, it is the second-largest pre-seed round raised by a startup in the Middle East, North Africa & Pakistan, and the largest for a startup that’s headquartered in Saudi.

Founded just a few months ago by Talha Ansari, Muhammad Nowkhaiz, and Wahaj Ahmed; who previously worked with Careem, Rocket Internet, Daraz, and McKinsey, Retailo wants to empower over 10 million SMEs in the retail sector of the Middle East, North Africa & Pakistan with the use of technology and real-time data. Its marketplace enables will enable the retailer to procure inventory for their stores.

Retailo is starting with small grocery stores in Saudi Arabia and Pakistan which it says is a $100 billion opportunity.  It had apparently launched in Pakistan’s largest city Karachi a few months ago and has recently launched in Riyadh too. The startup said that it will focus on Saudi as its home market.

“Retailo’s technology and operations combine to deliver a strong value proposition to retailers, manufacturers, distributors, and wholesalers. It is focused on offering SMEs competitive pricing; a one-stop-shop to discover products and the ability to order whatever they need, whenever they need,” said the startup in a statement.

The biggest highlight of the startup is its team. Talha Ansari, according to the statement was the youngest CEO at Foodpanda (Pakistan), at the age of 25. He later worked with Careem as Senior Director Operations helping the company scale its last-mile delivery business in Saudi. Mohammad Nowkhaiz, prior to founding Retailo was Head of Strategy at Careem and spearheaded company’s super app strategy post-Uber acquisition. Wahaj Ahmed is a former McKinsey consultant who was the youngest Careem GM at 25 and grew company’s business in Karachi by 10x in eight months, claims the statement.

The three founders commenting on the occasion, said, “We strongly believe in creating impact in the lives of people by giving them opportunities to improve their earning potential. The MENAP region has a significant opportunity to increase its economic prosperity by unlocking the productivity delta that exists between the region and global benchmarks. MENAP is home to 700 million individuals & 10 million SMEs; and its unorganized retail sector presents the perfect opportunity to increase the efficiency of supply chain by utilizing technology and real-time data.”

Interestingly, their competition in both Saudi and Pakistan includes startups founded by Careem alumni. Sary, the leading Saudi player in the space is co-founded and led by Mohammed Aldossary, a former Careem general manager. It closed a $6.6 million Series A earlier this year. Bazaar, the Pakistani B2B ecommerce platform that raised $1.3 million pre-seed earlier this year is co-founded by Saad Jangda, who was one of the founding members of Careem Now. Dastgyr, another Pakistani startup going after the same market also has Careem alumni as its co-founders.

Shane Shin, the Founding Partner of Shorooq Partners thinks that Retailo is led by exceptional founders, “Seed stage investing is all about backing the right people. We have looked at this space deeply and are proud to invest in the dream team behind Retailo who we believe can successfully build a strong, regional and international business.”

Khailee Ng, Managing Partner, 500 Durian, said, “While they operate one of the fastest-scaling business models in the world, their success means millions of SMEs and rural populations are more productive and have more stability and food security. Technology can
impact the next billion, and we’re already seeing it here with what Retailo had been doing.”