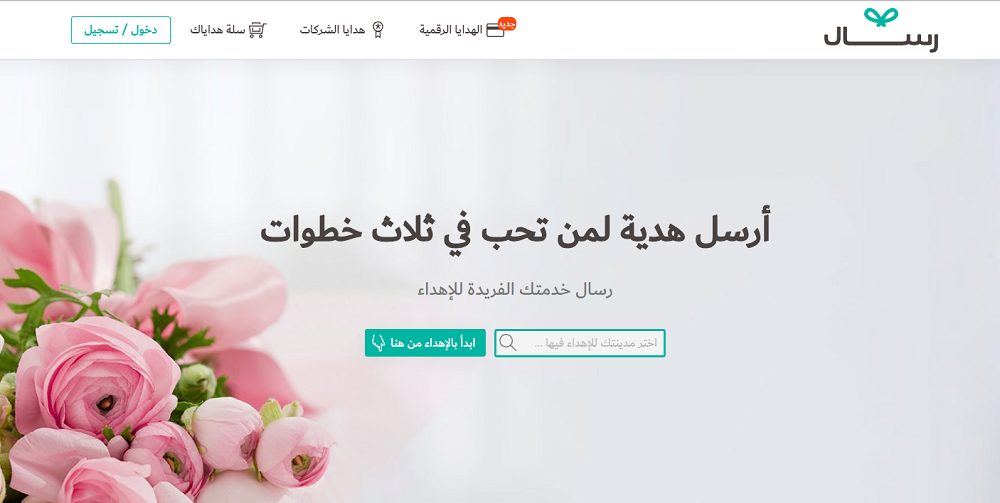 Jeddah-based gifting ecommerce platform Resal has raised $800,000 in its Pre-Series A funding, the startup announced today.

The investment was led by BIAC Incubators. It apparently came from their Saudi investment initiative that was announced late last year. The round was also joined by Derayah Ventures who is starting to become an active player in the local ecosystem and Nayyara, a Riyadh-based events company that runs and operates business lounges and banquet halls.

Founded in 2016 by Hatem Kameli & Fouad AlFarhan, who have founded different other startups as well, Resal enables users to buy gifts and flowers for anyone have it delivered to their doorstep. The startup that had started with one city at the time of its launch is now available across 30 cities in Saudi and two in Egypt & Jordan where it expanded earlier this year by launching in Cairo and Amman.

Resal in addition to selling to individuals also offers gifting solutions for corporate clients across all its markets.

Resal had raised its seed round from undisclosed investors in January last year.

“Ecommerce has been witnessing amazing growth in Saudi. There are 24 million users with a penetration rate of over 70%. But when we did our research, there was not any reliable online gifting platform. So it was an untapped market. That’s why we decided to work on Resal and launched its MVP in late 2016 selling gifts and flowers in Jeddah,” Hatem Kameli, Resal’s co-founder and CEO had told MENAbytes at the time.

Resal plans to use the latest investment to expand its customer base and vendors/partners.