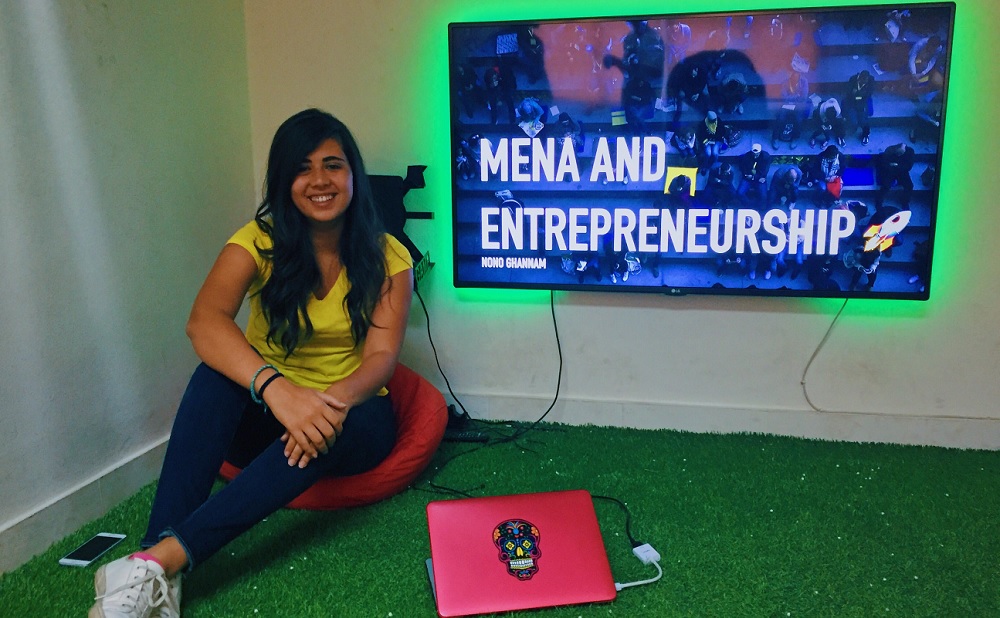 Are you using Careem to go run an errand, Washmen for your laundry or Taskty or a similar app for requesting a plumber? If you answer yes to at least one of these, then you’ve been using solutions and services developed and provided by tech startups in your life because guess what, they make it so much easier.

Behind those super fast magic wands available with a simple app tap, are amazing, thriving and growing teams building innovative ideas in an office somewhere you probably wouldn’t even be caught dead walking in. (Unless of course, they scored tens of millions in funding and went office shopping for an awesome last-floor-in-high-rise-tower).

Have you thought about working for a startup though? Well, we’ve all been there thinking about jumping the bandwagon, quitting our stable corporate job. Usually, that means leaving friends, amazing perks, parking space, and tons of cool free stuff behind. Startups? Well, if you’re lucky you might get some swag, like a sticker for your laptop, or a t-shirt with the logo. But all of this has been changing lately with a lot of money being injected by both regional and international VCs into MENA-based startups. In 2016 alone, about $815 million was invested in MENA startups.

If you haven’t joined a startup yet, consider these five reasons (in no particular order) that could encourage you to do so.

1) Startups teach you a great deal

The times when we used to debate about getting a Master’s degree versus going for work experience, are long gone. Nowadays, it should be startups vs. everything else. Unlike any experience elsewhere, startups give you the ability to deal with very different people, with mindsets you won’t find elsewhere and develop things probably never done before. You get to choose the tools you work with or maybe find that the startup incorporates new tools. Nonetheless, when you find something new, it’s easy to share and implement. Reduced bureaucracy compared to multinational companies goes a long way!

What’s the point of growing somewhere if it doesn’t stretch you out of your comfort zone? Feeling too comfortable in a job is actually bad for you on the long run. It isn’t just scary to join a startup, heck it will seem that you’re giving up a lot for nothing but it will also feel like that for a long time. It will be scary even months after you join. Startups need people, then they need money, then they need growth which needs people, and that never-ending cycle makes it quite a tough roller-coaster ride. However, the lessons you learn, the skills you acquire and the people you will meet, will make your 40 hours a week high on ecstasy like never before.

Startups are not a gazillion years old like some companies, so they’re up for change like a chameleon. Each startup has its own benefits and provides an awesome atmosphere for you to feel good to do great work. Flexibility and workspace vary among startups, but what’s common across all are the super cool people around you who are literally *up for anything*. You cannot imagine flexible hours or work from home with most of the corporate jobs, many startups however including some from the region as well offer that luxury.

4) There is a Startup for almost, almost everything

You’re into fashion, shopping, logistics, art, coding, automobiles, or ANYTHING at all? There’s probably a startup for it, and it’s probably hiring too. Entrepreneurial ventures are taking the world by storm and nothing is safe from the change behemoth on its way to disrupt all industries. There are even some startups built around halal economy that are trying to target Muslim millennials as their customers. Startups in agriculture are growing insect farms; there’s everything disruptive about startups from the medical field, to education and even media. Startups aren’t just software and tech!

5) Startups are the future

The word unicorn is tossed around a lot these days. Basically, it means a billion dollar company and it’s a new hip goal for any startup ambitious enough to dream. It’s obviously not easy, our region has been able to produce only one until now but we’ll hopefully see many of them in the future. Imagine being part of the team that’s building region’s next Careem or Souq. You might be joining a small team of 5-10 people who probably sound a bit too ambitious right now but they could very well be building next billion-dollar company of the region. Regardless of what the critics say, startups are the future and time will prove that.

Now, one shouldn’t advise something they haven’t done themselves. So, to all millennials looking to pave their future forward, I’m telling you to join a startup. I left a stable corporate job near my home and ventured out to work with a startup twice as far. You spend most of your day at work so make those 8 hours the most inspiring, stunning and disruptive hours of your day.

What do you guys think? Tweet me your thoughts @nonoghannam.

Nouran Ghannam
Contributor at MENAbytes
A Growth Marketer at Instabug, aiming to build Egypt’s first unicorn and is heavily involved in Egypt’s entrepreneurial community. She is a MEPI Tomorrow’s Leaders Alumni who obtained her BA from the American University in Cairo with Highest Honours. You can reach her on Twitter.