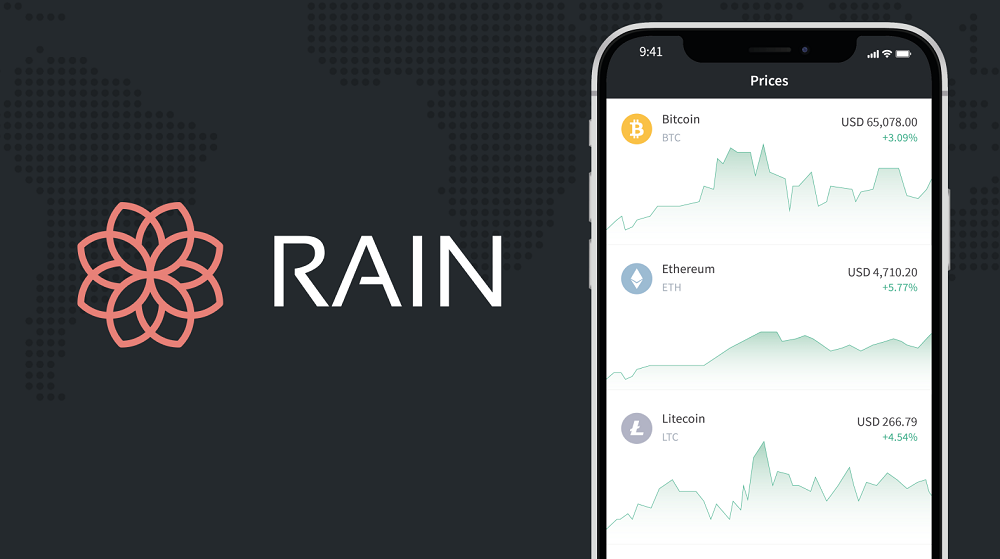 Bahrain-headquartered cryptocurrency exchange Rain has raised $110 million in a Series B round co-led by Kleiner Perkins and Paradigm (the largest crypto fund in the world founded by Coinbase co-founder Fred Ehrsam and former Sequoia Capital partner Matt Huang). It is the first Middle East investment for both the firms. The round is one of the largest investment deals for any startup in the Middle East & North Africa. It also includes participation of Coinbase Ventures, Global Founders Capital, MEVP, Cadenza Ventures, JIMCO and CMT Digital. Rain had previously raised $6 million in a Series A led by MEVP in January last year. Its previous investors also include Coinbase, JIMCO, and Saudi’s Vision Ventures.

Founded in 2017 by Abdullah Almoaiqel, AJ Nelson, Joseph Dallago, and Yehia Badawy, Rain runs a crypto exchange in different Middle Eastern markets (including Bahrain, Saudi, Oman, Kuwait, and UAE), enabling users there to buy and sell Bitcoin, Ethereum, Litecoin, XRP, Tether, and a few others. The startup claims to have 185,000 users who and processed over $1.9 billion worth of transactions to date. It currently employs a team of 400 people and plans to double the size in 2022.

In addition to expanding the team, Rain plans to use the latest investment to enhance its tech and launch new markets including Trukey and Pakistan after acquiring mandatory regulatory approvals.

“We are very excited about this funding opportunity as it allows us to continue conversations with regulators across the MENA region, Turkey, and Pakistan about the benefits and potential of cryptocurrency. It will also support our overarching mission of providing education and access to cryptocurrency to all of our supported markets,” said the co-founding team in a statement.

Casey Caruso, investing partner at Paradigm said, “We believe Rain is a crucial piece of the puzzle for bringing the Middle East deeper into the new crypto economy. Their emphasis on supporting and educating those new to crypto alongside strong banking and regulatory relationships has helped them build a service people trust. This is just the beginning for Rain, and we’re honored to support their growth.”

Mamoon Hamid, Partner at Kleiner Perkins, said, “Rain provides fundamental access and an on-ramp to a new paradigm of the Internet. We’re excited to partner with Rain as they grow and expand to serve people in more locations around the world, including Pakistan.”

Rain’s main competitors in the Middle East include BitOasis which was the first notable crypto exchange to come out of the region, and CoinMENA.