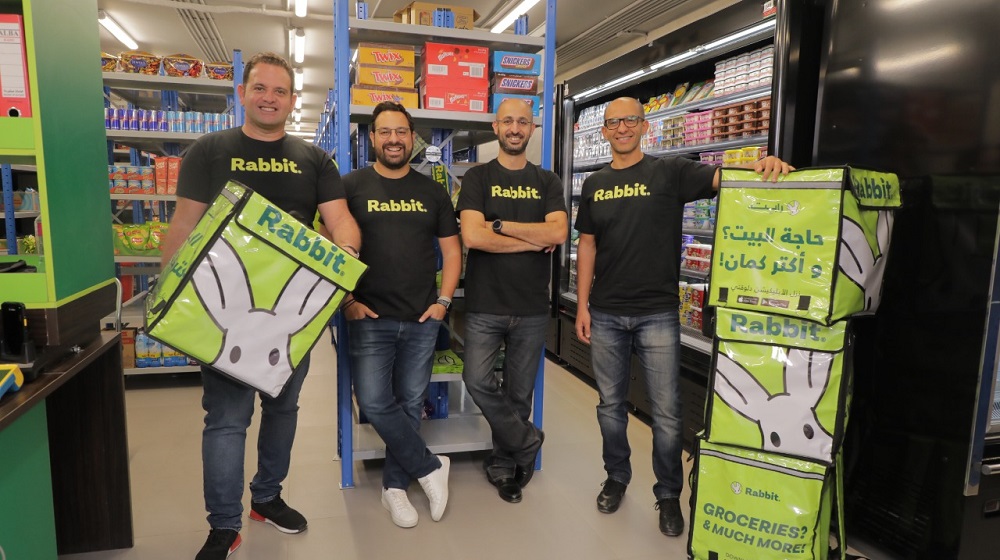 Cairo-based 20-minute grocery delivery startup Rabbit has raised $11 million in the largest-ever pre-seed round of the Middle East and Africa, it announced in a statement today. The investment came from Global Founders Capital, Foundation Ventures, Raed Ventures, MSA Captial, and Goodwater Capital.

Founded earlier this year by Ahmad Yousry, Walid Shabana, Ismail Hafez, and Tarek El Geresy, Rabbit is building a network of tech-enabled dark stores in Cairo to offer ‘groceries and more’ through its mobile app in 20 minutes. The express grocery delivery trend that was pioneered by Turkish startup Getir has become very popular in American and European markets, with emerging markets also catching up.

Ahmed Yousry, co-founder and CEO of Rabbit, said, “Consumer expectations have evolved significantly over the past 2 decades. On-demand has taken over the music, media and transportation industries and we believe that on-demand retail is next. We are building a business with speed as a core part of the DNA, which is evident in how we operate and work. We measure things by seconds, because ultimately, we are not in the business of retail or convenience, we are in the business of time. We work hard to ensure we save you time to do more with your day.”

Prior to starting Rabbit, he was leading Talabat Mart, in Egypt. He also worked in Uber Egypt for over 2 years and led Uber Eats in the country in his last role.

Lorenzo Franzi, investor at Global Founders Capital, said, “The Rabbit team is setting a totally new standard for the grocery industry in Egypt and the broader region. They offer a totally new experience to customers compared to traditional grocers and local stores. We have been following their progress since the very beginning and are very excited to be supporting their journey.”

Talal Alasmari, Founding Partner of Raed Ventures, said, “At Raed, we always look for world-class founders who have the capacity to be leaders in their industry. We believe that the founders of Rabbit, with their ambitious vision and extensive experience, possess the ability to lead in the Ultra-fast delivery domain, not only in Egypt but in the region as a whole.”