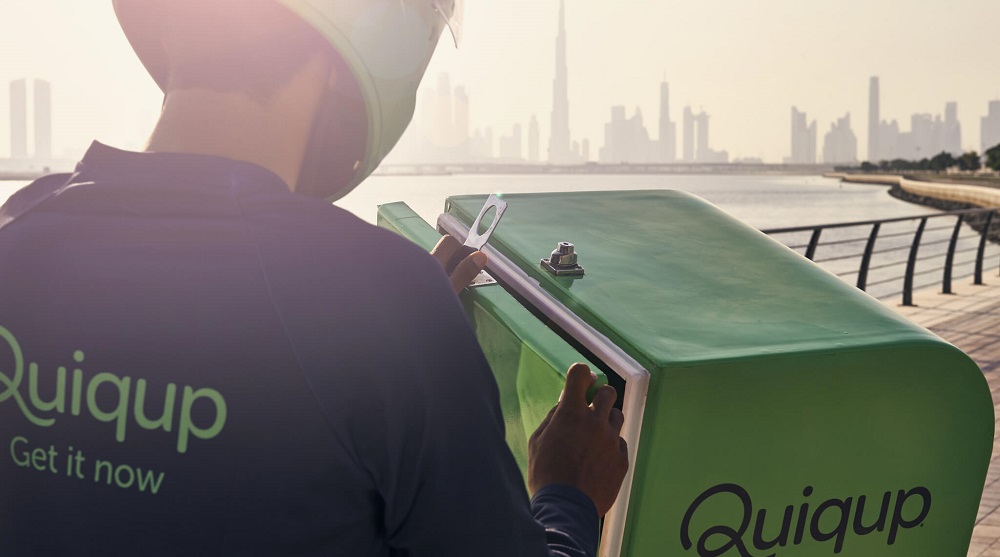 Founded in 2014 by Bassel El Koussa, Danny Hawkins, Federico Ferraro, Rami Idriss, and Tim Linssen, Quiqup is a full-stack last mile delivery startup that delivers on behalf of small businesses, brick and mortar shops, enterprise-level retails, and even logistics providers. “We take care of everything from full-service software packages to a fleet of Quiqees that navigate the streets and personally hand over the parcel at the door,” notes their website.

The startup uses a network of freelance drivers and according to The Telegraph currently has over 2,000 drivers in its network.

Quiqup had expanded to UAE earlier this year with the launch of their services in Dubai including a same-day delivery option for retailers. The startup at the launch had at least 125 partners using its services including Virgin Megastore and Wojooh. The company is led by its Lebanese co-founder Bassel El Koussa who has previously worked in Lebanon and Saudi.

Quiqup is integrated with many leading ecommerce providers including Shopify, Magento, WooCommerce, allowing even small online businesses to offer super-fast deliveries to their customers.

After this latest funding round, the company, according to The Telegraph is now planning to expand further in GCC.