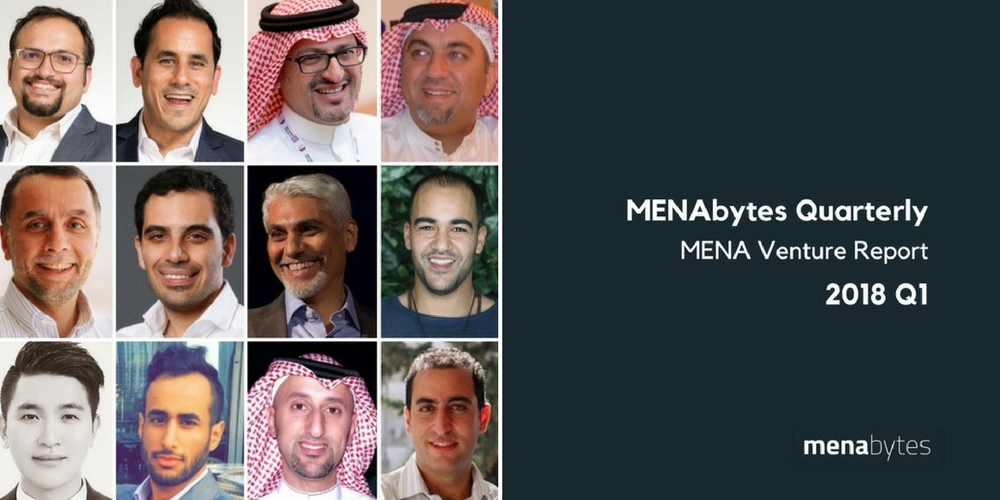 The first quarter of 2018 has seen a decent amount of activity in terms of investments. We’ve tried to put together all the important numbers in our MENAbytes Quarterly MENA Venture Report for 2018 Q1. We receive most of the funding updates directly from founders/VCs but we also scan regional international publications, databases, websites sometimes.

As always, we’ve tried our best but this report like the previous ones has limitations but offers a good level of accuracy. The data in the report reflects updates/funding announcements until yesterday, March 27, 2018.

Highlights from the Report:

We tracked 42 deals in 8 countries across the region that brought in ~35.44 million* worth of investments.

Out of those 42 deals, only 28 were disclosed i.e. shared the size of investment.

UAE startups secured ~31.36 million in investments which accounts for 88% of the whole deal value of region.

*from the 32 disclosed deals

Local Services & Ecommerce (just like 2017) continued to dominate in the first quarter with startups like RentSher, HiGuests, CarSwitch, Mumzworld, Joi (Enhance), Eyewa, and The List among few others raising significant investments.

45% of all the deals were in the $100K-$499K bracket, suggesting strong interest in the early stage.

28.5% of the deals were in $1M-$4.99M bracket mainly because the seed rounds in UAE keep getting bigger. The million-dollar seed round is becoming a norm.

Saudi is second in terms of no. of deals with six of them but in value, it lags behind primarily because only 3 of those 6 deals are disclosed.

Biggest Investments Deals of the Quarter

Together the top ten VC investment deals brought in $30.3 million which is almost 86% of all investments by deal value.

9 out of these 10 deals are from UAE with Tamatem from Jordan.

500 Startups continues to be the most active VC in the region but they’ve been joined at the top by Saudi-based Vision Ventures.

Wamda Capital was also very active within the first two months of 2018; announcing four investments.
Techstars Dubai finally announced their first cohort with three very cool startups from UAE. As part of the acceleration program, each of the three startups received an investment.

Financial Horizon Group (fairly new to the scene) and iNet were the two other VCs from Saudi that were active in the first quarter.

Notable Acquisitions of the Quarter

We’ll share the PDF of slides in our next newsletter.

If there’s an error in the report, missing data/deals or something else that you think can be improved, please feel free to get in touch.