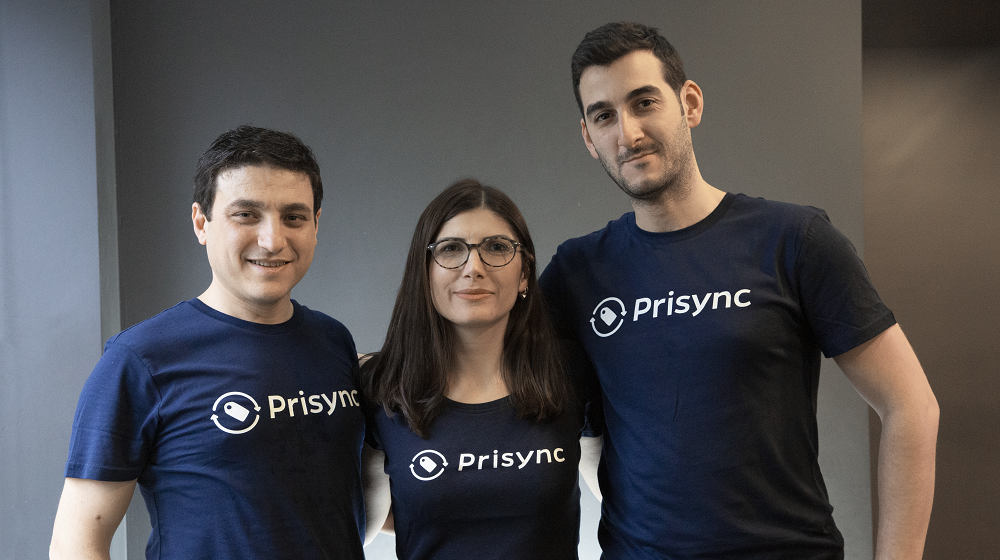 Istanbul-based SaaS startup Prisync has raised $1.1 million in a seed funding round led by Turkish early-stage VC Collective Spark with the participation of Berlin-based ESOR Investments, the startup announced in a statement to MENAbytes.

The prices can be tracked and monitored by adding URLs of competitor products in Pisync’s dashboard. There’s also the option of bulk importing and exporting data. The software also comes with stock availability tracking, instant change notifications, and a dynamic price engine for repricing automation.

According to its website, Prisync sells its subscription for as low as $59 per month that allows businesses to track up to 100 products with its most expensive plan priced at $229 per month for up to 5,000 products.

It is also available as a Shopify and Magento plugin, making it easy for the users of these platforms to use its services. The startup had acquired its Australia-based competitor Spotlite in March 2019.

“The automated pricing technologies are still not that widely used across the global ecommerce market – especially in the small and medium-sized businesses segment, which constitutes the target market segment of Prisync,” the company said in a statement.

“These companies either conduct such competitive pricing analysis and optimization in a manual way or don’t even bother allocating resources on that front. The Prisync team emphasizes this market condition as a big potential for Prisync’s global growth,” the statement added.

Prisync currently serves hundreds of customers in over 50 countries across the world including many in the Middle East & North Africa, its co-founder and CEO Burc Tanir told MENAbytes.

In a statement, he said, “We’ll double down on the working customer acquisition channels & tactics that we’ve tested and validated in the past. However, in addition to these straight-forward investments, we’ll continue building a thought leader image in our industry by increasing the awareness around pricing automation in the global ecommerce market by striking up impactful partnerships.”

Samet Atdag, the co-founder & CTO, said, “Our team has managed to create and scale a 100% global product out of Turkey and this was only achievable with a complimentary team & a team-work first culture. Our team also knows that B2B also involves people after all. Therefore, we have a 7/24 live customer support team distributed in 3 time-zones and that human-touch at the support level adds an absolutely unmatched layer on top of our product.”

Atil Erken, the founding partner of Collective Spark, the Turkish VC fund that led the round, said, “We firmly believe that the Prisync team will continue its success in the global market and make us all proud.”

The startup plans to use the investment to fuel its product development and grow its global customer base.