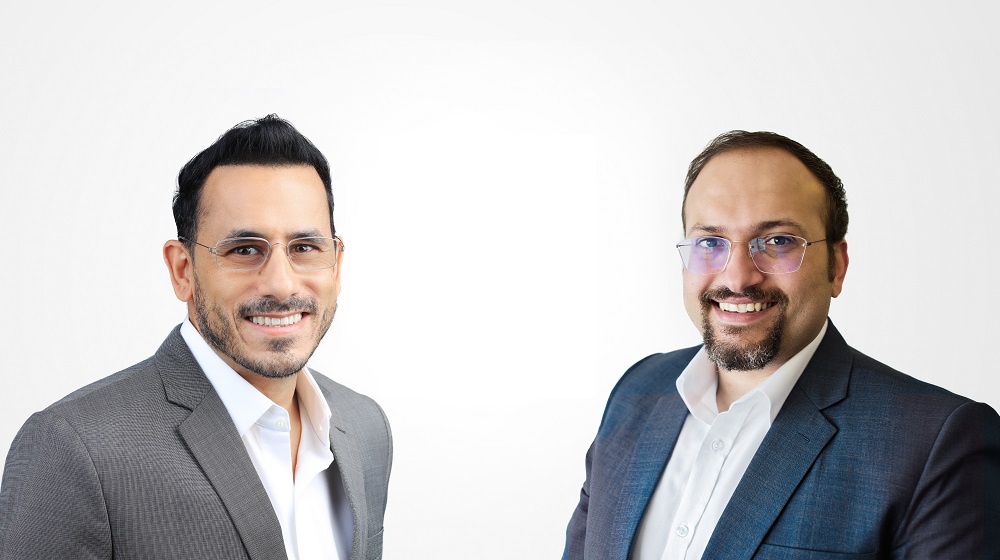 Sharif El-Badawi and Hasan Haider, the former managing partners of 500 Startups’ MENA fund (500 Falcons) have announced the launch of their new venture capital firm ‘Plus Venture Capital’ and its debut fund.

Plus Venture Capital’s (+VC) debut fund has a target size of $60 million, Sharif and Hasan told MENAbytes. They’ve already secured some commitments but will announce more details at a later point. The investors, they’ve told us are a mix of entities from the public and private sector. Plus Venture Capital’s first fund is almost twice the size of the first fund (500 Falcons) led by Sharif and Hasan for 500 Startups.

The two partners come with over 35 years of combined experience in startup investments and tech operations. They’ve completed over 200 transactions together in the region.

Hasan has been investing in the region for over 10 years. He established one of the first angel investment groups, Tenmou, in the region. Sharif is a serial entrepreneur, operator, and investor with more than 25 years of technology and growth experience. He had worked at different internet companies since mid-90s in Silicon Valley including Google before moving to the region to focus on startup investing.

Plus Venture Capital will invest in seed to Series A startups across the Middle East & North Africa, and those founded by MENA diaspora, across the world. The fund is sector-agnostic.

Sharif and Hasan have told MENAbytes that they will be investing in startups that have built products and have at least three months of traction. They said that they will lead at seed-stage with average (first) cheque size of $200,000 to $250,000 and up to $2 million in follow-on funding. Plus Venture Capital will also lead the Series A rounds of its portfolio companies that it would make follow-on investments in.

There are very few investors in the region who lead Series A round and that is why a lot of startups struggle to close their Series A rounds. As a result of this, they have to stay in seed for too long which means not investing enough in growth.

When asked whether they would also consider making direct Series A investments in the region, Plus Venture Capital partners told MENAbytes that they are going to focus on helping their best portfolio companies with follow-on funding at Series A, “We cannot say that we would never invest directly in a Series A startup but the focus will always be to help our own portfolio companies, that invest in seed-stage, grow, with our follow-on cheques [at Series A].”

Speaking about what else they would bring to the table in addition to the money, Sharif and Hasan, said that their focus will be on building a community of their founders and providing them with the tools and avenues that they could use to help each other esp. in terms of knowledge transfer. The two partners said that they are also building a network of venture partners, mentors, and an in-house operations team to offer help to their startups in different areas.

Plus Venture Capital is also going to be very fast in terms of speed of closing the deals, “If a company is investment-ready with the right structuring and we decide to invest after a few meetings, we can deploy capital in a week,” said the two partners.

The fund will start investing in the region before the end of the year.

We’re hosting Sharif and Hasan on MENAbytes Live for a Q&A this Wednesday at 6 PM UAE time, to talk about Plus Venture Capital, their experience of investing in over 175 startups, and the startup ecosystem in the region. You can watch the session live on our LinkedIn, Facebook, or Twitter.