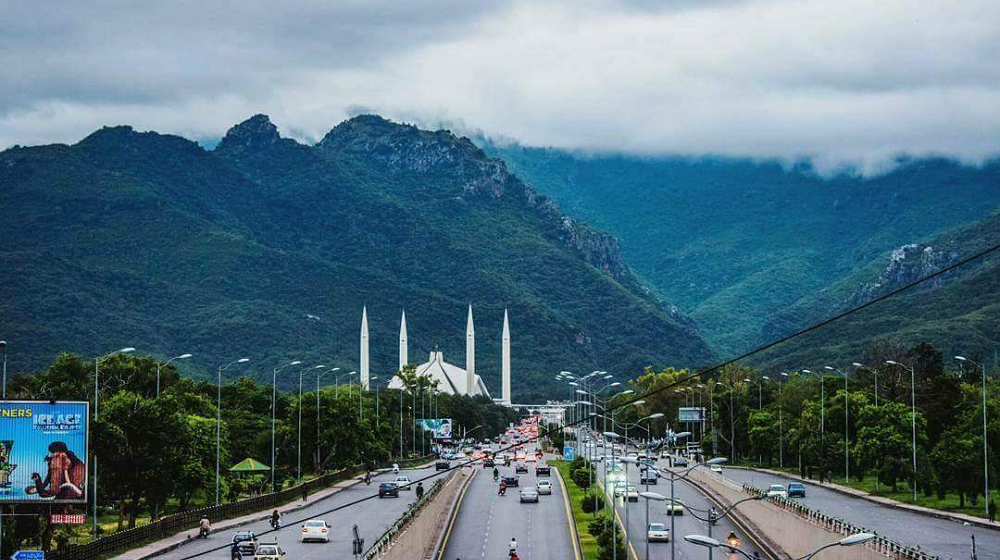 by Aatif Awan, the Founder & Managing Partner of Indus Valley Capital, an early-stage VC fund focused on Pakistani Startups. The article was first published on author’s LinkedIn and has been reproduced here with his permission.

The Indonesia Opportunity That Most Missed

Founders and VCs who saw the Indonesia opportunity early, did incredibly well, like Nadiem Makarim of Go-Jek, who built a startup now worth close to $10B, and VCs like East Ventures, whose first two funds boast a net IRR of 70% and 65%. Indonesia has 5 unicorns today, with more in the making. Only five countries in the world have more.

“As a pioneering investor in early-stage tech startups, we believed there was great potential here, but few could see it or understand what we were trying to do. We had to prove to the world that Indonesia had an untapped technology sector waiting to be unleashed.” – Willson Cuaca, Co-founder East Ventures

Why Pakistani Startups are Next?

Like Indonesia back then, Pakistan today isn’t on the radar of top global VCs and attracts only tens of millions of dollars in VC a year, less than what a hot Silicon Valley startup raises in their series B. This has started to change with First Round Capital’s first investment in Asia in more than a decade is leading a $12M Series A round in a Pakistani startup, Airlift, that is building the decentralized mass transit system (FD: I am an investor in Airlift and a member of First Round’s Angel Track).

I believe Pakistan is the largest untapped market and the best opportunity for startups and early-stage VC in the world today. And here’s why Pakistani startups are the next big thing.

114M people Under 25 will Create Demographic Dividend for Decades Ahead

Pakistan’s population of 217M people makes it the 5th largest country, slightly ahead of Brazil. It’s an incredibly young population; 114M people are under 25, more than even in the US.

Here’s why that matters. For at least the next two decades, three young people will join the workforce for every person entering the retiring age. The multiplier on productivity is actually going to be higher than 3 as the younger Pakistanis are better educated and more tech savvy. Regardless of other macroeconomic factors, this is going to be a huge tailwind propelling Pakistani economy forward. Pakistan looks set to reap massive demographic dividends for decades.

A side effect of such a young population is that metrics like GDP per capita and broadband penetration are understated relative to other countries, because the denominator includes a much higher percentage of children.

Pakistan’s middle class, estimated to be at 82M currently, is projected to grow to 122M by 2025, according to a study done by Oglivy & Mather. This places Pakistan as having the largest absolute increase in middle class from 2015-2025, after China and India. Pakistan is more urban and has a higher median income and household wealth than India (India’s average is higher but most of the wealth generated in the last couple of decades has gone to the top).

The large and expanding middle class has led to a consumer-led spending boom in Pakistan. Consumer spending has grown 5.7x to $257B between 1998-2018, at a CAGR of 9%. This has created many large markets where even a 1% penetration by a startup would represent $100M+ revenue. Existing penetration of technology remains low for most verticals so it’s all up for grabs.

I’ll start with a little known fact – 20% of Kayak’s R&D was in Pakistan at the time of their IPO, contracted out to Arbisoft, one of the leading software services firm in Pakistan.

There are three current unicorns that have significant teams in Pakistan: Careem, being acquired by Uber for $3.1B, Afiniti, with a $1.6B valuation and KeepTruckin, valued at $1.25B. Between these three companies alone, there are thousands of people who have experienced first-hand building a high-growth successful startup. Many of these employees have left to start or join startups and this trend is expected to accelerate after the Careem acquisition closes.

Pakistan has a large and growing technical talent base of 360K software developers, estimated by A.T. Kearney. That is more than Indonesia, Egypt or UAE have. There are more than 35 incubators and accelerators that have encouraged a lot more people to start something of their own. 300 startups were formed just in 2018 and this number is expected to climb to more than a 1000 .

Then there’s the Pakistani diaspora which is one of the largest in the world. More than 10,000 Pakistanis working in tech in Silicon Valley according to an estimate. Some of them are considering a return to Pakistan to raise their children back home or take care of aging parents. This is quite similar to what happened in India in the second half of the last decade. Having evangelized this for last 6 months, I’ve already met with former employees of Uber, Microsoft and DoorDash who have done exactly this recently. Imagine if just 5% of those 10K return and decide to get involved with the Pakistani startup ecosystem as founders, advisors or investors.

“Why Now?” is arguably the most important questions one can ask when evaluating a new market. For Pakistani ecosystem, there are two clear reasons for why it’s hitting an inflection point in 2019 and didn’t do so earlier.

The number of broadband subscribers has grown 25x since 2013, and continues to grow at a rapid clip. If you tried launching a consumer startup as recently as 5 years ago, it would have been impossible to acquire a large user base. Today, startups can acquire 10s of millions of users, most of whom are young, urban and early adopters of technology. This is reflected in the much faster growth rates being experienced by startups.

Firstly, the acquisition of Daraz by Alibaba for somewhere between $150M-200M highlighted the potential of ecommerce in the country. Six months later, EasyPaisa getting valued at $410M+ in the 45% buyout by ANT Financial, showed how valuable the fintech sector was. Both Daraz and EasyPaisa had only captured a fraction of these markets at the time of these deals.

At the same time, three unicorns with Pakistani founders and a significant team presence in Pakistan, all hit massive new milestones. Afiniti, a startup developing artificial intelligence for use in customer call centers, was valued at $1.6B in its series D round late last year. KeepTruckin, building trucking fleet management solutions, raised $149M in its series D round, valuing at $1.25B in Apr 2019. And the most exciting development was Careem’s $3.1 Billion acquisition by Uber in March 2019. Careem’s early tech and product was developed in Pakistan, the CEO Mudassir Sheikha is a Pakistani and Pakistan is one of its largest markets. One of the largest tech acquisitions of all time, slightly ahead of Apple’s acquisition of Beats, this was a seminal event that has galvanized the Pakistani startup ecosystem. Ex-Careem employees are already out there starting new companies and joining high-growth startups.

Zameen/EPMG, one of the earliest and largest Pakistani startup success stories, raised a massive $100M Series D round in February 2019. They have now expand to 40 cities across the UAE, Pakistan, Bangladesh, Morocco, Spain and Romania, and have over 2,000 employees.

Finally, what’s most exciting is that Pakistani startups have crossed the seed to Series A chasm. Three of the largest Series A rounds in Pakistan have all happened in the last 8 months: Bykea’s $5.7M Series A in April, Cheetay’s $7.8M Series A in September, and Airlift securing $12M in Series A funding in November. Airlift’s large series A is particularly amazing because the startup only launched 8 months ago. This would be remarkable even for a Silicon Valley startup and is illustrative of how quickly startups can capture share in the completely untapped Pakistani market.

Airlift Series A round is led by First Round Capital, a leading Silicon Valley VC, known for early bets on Uber and Square. First Round has not invested in Asia in more than a decade, not in China nor in India nor in Indonesia. Yet they chose to invest in a Pakistani startup given the opportunity they saw. I believe this is not a one-off event and is reflective of how primed Pakistani startup ecosystem is to take off after a long time of slow build-up.

What’s Ahead: Wapistanis and VC Dollars flowing to Pakistan

To sum it up, Pakistan is the largest market untapped by startups and venture capital today. Pakistanis form one of the biggest tech talent pools in the world and have done well across the globe, founding several unicorns (at least six by my count) and having played a leading role in many others. With this talent advantage, Pakistani startups are well-positioned to dominate all major industries in Pakistan and also expand to MENA, a $3.6 trillion economy that’s also relatively early in the startup cycle.

What took Indonesia a decade, Pakistan will do it faster because the broadband penetration is at a much higher baseline, because capital moves faster to global opportunities today than it did a decade ago and because Pakistan has a larger talent base both at home and among the diaspora.

We’ll see more and more capital flowing to Pakistan in the next few years. And many in diaspora will return, called Wapistanis, a portmanteau of Wapis (meaning to return in Urdu) and Pakistani (hat tip to my friend Rabeel Warraich). This will kick off a virtuous cycle of more capital and more Wapistanis coming back that is going to transform the startup ecosystem and economies of Pakistan and the region.

It’s an exciting time to be in Pakistan.