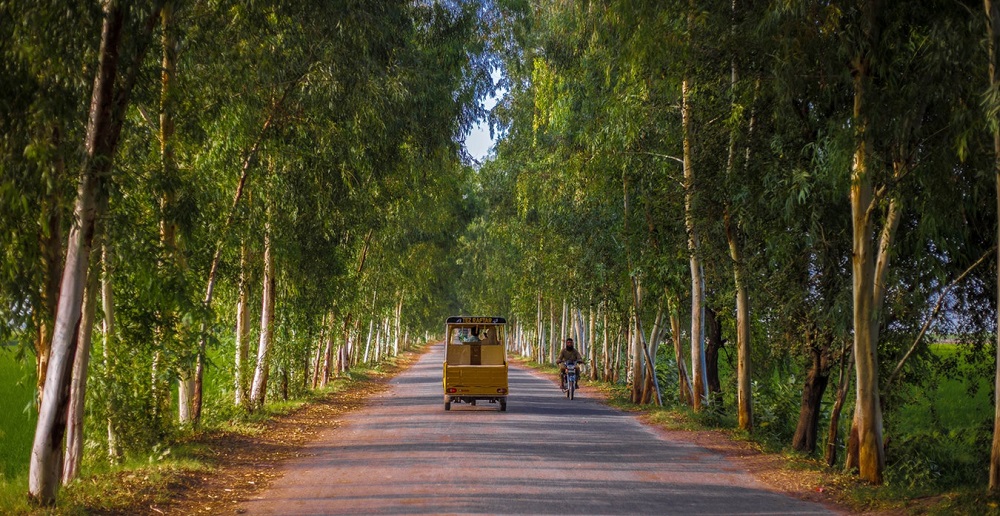 It’s been an eventful past few months in Pakistan’s startup space. At the end of 2018, Sarmayacar (a venture capital fund led by Rabeel Warraich & Bernhard Klemen) announced their intent to invest somewhere between $100,000 to $2 million in Pakistani tech-enabled startups, and a $30 million cumulative fund to support local startups in the country. At the 021 Disrupt conference in November, Spark Labs Global Ventures announced their plans to invest in Pakistan and Gobi VC, a Southeast Asian venture capital fund, made its first entry into Pakistan via an investment of $1.5 million in booking app called Sastaticket.pk. Omidyar Network, along with Accion Venture Lab, also made their first investment in Pakistan in October 2018, a $1.1 million investment in Tez Financial Services, the first fully digital Non-Bank Microfinance Company (NBMFC) in Pakistan. The launch of new funds like Sarmayacar, as well as i2i’s own fund, i2i Ventures (more on that soon!), 47 Ventures (in 2017) along with the entry of new international players into the market, is a positive trend for Pakistan and a strong signal to other potential international investors.

Propakistani in an article 3 months ago referenced a report developed by Madera Outsourcing that stated that Pakistani startups will have access to roughly $100 million of funding by the end of 2019. That figure was based on consultations with VCs who have and are interested in investing in the local market. Amen to that!

As noted by many industry experts, the rise in venture capital activity in Pakistan is a positive trend, particularly because 2018 showed considerable growth as compared to the year before. The 2017 KPMG Global Analysis of Venture Funding Report showed an investment of $23.1 million by venture capital firms in Pakistan. Comparatively, this year there were accounts of $343 million in investments in startups, which translated to a 1,384 % overall growth in investment on startups.

Yes, 1,384%. If that number sounds too good to be true, that’s because it is. Although there was a rise in investments in startups in 2018, this number is actually inflated when we look critically at the entities that raised funding. An article by Techjuice that claimed that Pakistani businesses raised over $300 million in funding is slightly misleading, given that not all the companies in the list are actually startups. While Techjuice did point this out (and the article has great data btw, so give it a read), that nuance was missed in all the retweets and reposting of the piece. In this Medium piece, Zubair Naeem Paracha breaks down what’s wrong with the article’s assertions, emphasizing that not all the entities are startups, and also that the aggregate number wasn’t purely investments, but also included grants. These are all valid points. For example, though Telenor Microfinance Bank received $184.5 million in investment from Ant Financial, the entity is a subsidiary of Norwegian corporate Telenor Group, which is most certainly not a startup. Excel Lab, which reportedly raised $31 million, has been operational for 25 years according to their website. The point is not to be dismissive of the progress made in the past year, but we should also not inflate these numbers. According to Paracha, if we remove the non-startup companies from consideration, Pakistani startups actually raised approximately $30 million in investments in 2018, which signifies a 30% growth rate, as opposed to a 1,384% rate.

Frequency distribution of Pakistani startups in 2018 by sector

Four sectors that show an increased inclination are e-commerce, on-demand, fashion, and EdTech. Some sectors may seem more crowded because there are more startups that can be classified under those sectors but what also counts is how much funding these startups are getting. Some sectors may be prone to raise more in funding versus others such as Fashion versus HealthTech. While there may be more startups in Fashion they may not raise as much funding as those under HealthTech.

Disclaimer: This graphic is based on data available online through news portals such as techjuice, propakistani etc. Datapoints that have previously faced scrutiny for being erroneous were removed. These included entities such as Telenor Bank, Cloudcade, Excel Labs, etc.

Total number of startups used for this chart = 70*

*3 WEC (Karandaaz) startups were excluded from the chart since no or very little information about their product/service was available to determine the sector they may fall under. Total number of Pakistani Startups that raised funding in 2018 = 73

As players in Pakistan’s startup ecosystem, we’re close to the ground and deeply aware of the challenges and opportunities that exist in the country. Here are some of the trends we’ve found to be significant of late:

In a past Insights newsletter (see here), we highlighted the early-stage gap by showcasing that the number of seed-stage deals dropped from 2015 to 2018, and there were only a handful of reported pre-Series A or Series A deals. The landscape is currently changing with new investors entering the market via institutional funds like Sarmayacar and i2i Ventures, which could ideally close this gap, and there are also a number of new local angel investors entering the ecosystem, many of whom are members of local family offices – which can be a good and bad thing in our opinion. As Sameer Chishty, Venture Partner at Spark Labs noted, “Prospective new tech investors are better off investing in Pakistan focused venture funds that know what they’re doing instead of trying to do it themselves; this space is crowded with “vulture” capital and “cocktail party” capital who are holding back growth.” Spark Labs, by the way, has indicated that their fund plans to set up an office in Pakistan this year, and aims to make two investments in the country in the first half of 2019. While these new institutional players are working to close the early stage gap, it’s important for players to keep in mind the need (and cost!) for additional technical assistance to their investees in order to ready them for follow-on rounds, and for funds to be prepared to ideally invest in those rounds. Many startups in Pakistan may be able to raise seed funding, but stumble when it comes to showing the traction & growth necessary for Series A and later rounds. Good and strategic investors can and should play a role in this, and that goes way beyond just injecting money into a startup and hoping for the best.

The role of the Pakistan government in the startup ecosystem has grown, but challenges still remain

Ignite, which is under Pakistan’s Ministry of IT, is responsible for the launch of the National Incubation Centres (NICs) in the country’s major cities over the last few years – Islamabad, Lahore, Peshawar, Karachi & Quetta. While the results of these public-private NICs have not yet been evaluated (we’re talking outcomes, not mere outputs), the initiative by the IT Ministry and Ignite at least signaled buy-in from the federal government in Pakistan’s startup ecosystem. While this is significant, there is still much more that can and should be done by the Pakistani government when it comes to the business enabling environment. The current regulations in Pakistan continue to be debilitating for startups and investors alike, particularly as it relates to taxation, the flow of money in and out of Pakistan, overall regulations around payments, and the current legislation around local fund registration. While the proliferation in activity in Pakistan’s startup space is exciting, this activity will always be capped because of this poor regulatory environment. Here’s hoping that the current PM Task Force in the new government (with representatives from the country’s IT sector), address some of these longstanding concerns.

The pipeline may still be too small for funds to really be sector-specific, but there are some exciting sectors

While several funds are “technology-enabled but sector-agnostic” (including ours at i2i Ventures), there are still some sectors that are exciting at the moment (see Figure 1, and below, Figure 2 for past deals). The below image indicates investment in the past year e-commerce, Healthtech, Edtech, Fintech & on-demand startups. Going into 2019, sectors that excite our team at i2i Ventures are startups in the gig economy-based provision of services (think startups like Mauqa.Online and GharPar), as well as education technology plays like Dot & Line. While i2i Ventures’ Investment Manager Asad Jafri noted that B2G (business to government) models where the government is involved is less exciting, our Managing Partner Misbah Naqvi noted that companies that instead plug the gap where the government has failed can be the most interesting. “Sometimes the simplest solutions can go the furthest in terms of scale and plugging the gaps,” she added.

This analysis excludes HAC Agri from the AgriTech category since their investment amount remains undisclosed. Similarly, WEC startups (funded by Karandaaz) were also excluded because their total funding amount is not disaggregated for each startup, which makes it impossible to determine how much each startup received.

Evidently, WaterTech sector has drawn the largest amounts of funding with only 2 startups, but this is because PakVitae makes up most of this amount.

Obviously, there’s much to unpack here, but one thing is for certain: we are hopeful about the future of Pakistan’s startup ecosystem.

This article was published as Invest2Innovate’s newsletter and has been reproduced here with their permission.