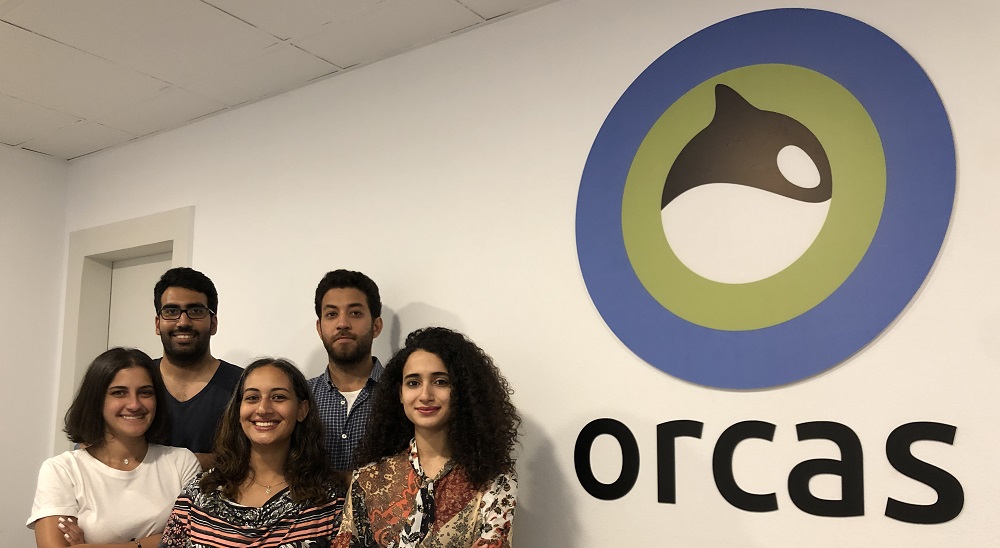 Orcas, a Cairo-based online marketplace for babysitters and tutors has raised $500,000 in Pre-Series A funding round led by Egypt’s largest VC fund Algebra Ventures and joined by cross-border edtech fund NFX Ventures, the startup announced in a statement today. Orcas has previously raised $150,000 from Khaled Ismail, Kamelizer, and Cairo Angels.

Founded in 2013 by Hossam Taher, Amira El Gharib, Omar Fayez and Ahmed Ismail, Orcas (prev. known CairoSitters) had initially started with a simple booklet that the four co-founders used to distribute among parents who were their target customers. The four had pooled in $1,000 initially to start the business so that’s all they could do with it. The booklet was created after Orcas had registered a decent number of registered babysitters and tutors who work with them.

Later, they created a Facebook page in 2014 and had been using it as the only source to acquire customers. The startup raised its first external funding round in 2014 but even after that continued with the Facebook page as the focus was on building a customer base and supply instead of building a technology platform.

The startup eventually launched its mobile apps in 2017 to connect parents with screened, trained and experienced babysitters, tutors, and language instructors. At the time of launch, Orcas had over 1,000 babysitters and tutors and 2,000 recurring customers. According to Waya’s report Orcas is now used by over 20,000 parents in Cairo, Alexandria, El Gouna, and the North Coast. The app features ratings and reviews of all the tutors and babysitters on their profiles in addition to their education and work history.

Amira El Gharib, Orcas’ co-founder and Chief Growth Officer commenting on the investment, said, “Our students, parents, and partners are our primary focus. We will use this investment to develop our product offering and scale our operational capacity with the end goal of optimizing user experience for all our stakeholders.”

Amira also said that Orcas is launching a new feature (category) this summer called Discoveries that will allow children to learn a variety of different activities, “Designed with school summer vacations in mind, Orcas Discoveries are events that allow children to expand their horizons and explore a range of exciting activities. Offering everything from cooking and coding workshops to art, culture, and music trips in a variety of languages – they’re designed to safely engage children while developing their skills and enriching their experiences.”

A spokesperson for Algebra Ventures, speaking about the investment, said, “Orcas complements strained traditional educational institutions by connecting students with specialized tutors who enable individualized learning,‘ says an Algebra spokesperson. ‘The one-size-fits-all model is leaving many young people behind, and the market is ripe for technological disruption.’

Ahmed Elkalla, a Managing Partner at NFX Capital, added, “Orcas and other tech-enabled tutoring platforms are delivering today on what academic research promised more than 20 years ago. Students who are tutored one-to-one perform significantly better than students who learn via conventional instructional methods. This used to be a luxury very few people could afford but now through tech-enabled platforms like Orcas a much wider group of students can reap the personalized tutoring benefits.”

Orcas’ co-founder and CEO Hossam Taher in a Facebook post, announcing the investment, said, “This investment is a great push towards us becoming the biggest mobile application providing tutors, babysitters and educational learning experiences to all parents in Egypt and the region.”

Update – 4 PM GMT: The story was updated with more details after receiving a press statement announcing the investment.