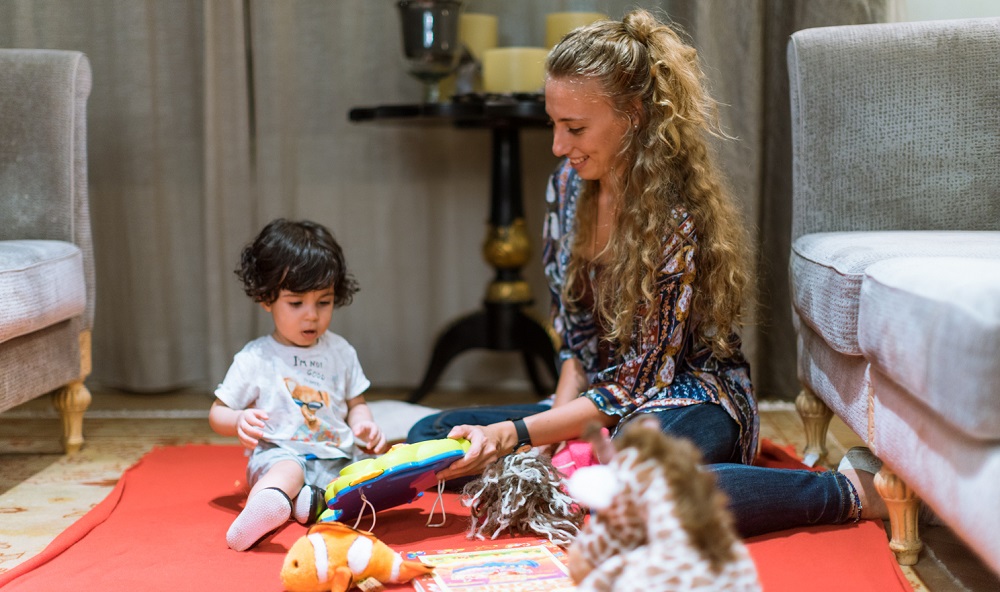 For parents, nothing is more precious than their children. Ask any parent in the world and they would tell you that they want to spend every minute of the day with their child(ren) esp. when they’re young. But due to different commitments, that is obviously not possible. At some point for a certain occasion or on a recurring basis, they have to rely on someone else to take care of their child in their absence. If there’s a family member that can do it for them, great. But if there’s no one available from the family or friends, they’re left with the option of hiring a babysitter.

Now finding and hiring a babysitter might sound like an easy task but it’s not. The parents are literally going to trust this person with their child so they would want to make sure that (s)he has received some basic training at least that qualifies him as a babysitter and that they have a good conduct. There has to be a service that connects parents with vetted babysitters.

A group of young Egyptians did little research four years ago and realized that there is a huge gap in this market. There is no reliable service that connects parents with babysitters. So they teamed up and founded Orcas which was back then known as CairoSitters, a service that would act as a marketplace for babysitters and tutors. They actually came up with the idea when they were at university and wanted to make some extra money for themselves and their friends.

But part-time opportunities were not that easy to come by. So they thought of helping students like themselves connect with parents who are looking for babysitters or tutors for their children. The idea was to offer parents with students who are educated, background-checked and trained to work as part-timers. At the same time, create part-time opportunities for students aged between 17-28 years to help them have some sort of financial independence.

Co-founded by Hossam Taher, Amira El Gharib, Omar Fayez and Ahmed Ismail in 2013, Orcas did not start as a web platform or a mobile application. Instead, they had started with a simple booklet that they used to distribute among parents who were their target customers. The four had pooled in $1,000 initially to start the business. There’s not much they could’ve done with that small amount of money so they decided to print the booklet after they had registered a decent no. of partners, a term Orcas uses for babysitters and tutors who work with them.

Later, Orcas created a Facebook page and had been using that as the only source to acquire customers. To stay in touch with the existing customers and confirm orders, they would rely on calls. They were able to raise external funding for the first time in 2014 but even after that, their whole focus was on building a customer base and supply instead of building a technology platform.

“You can imagine how difficult it would’ve been to manage all of that manually through Facebook and phone calls but we had our priorities. Before moving to mobile apps or web platform, there were certain milestones that we wanted to achieve,” Hossam, the co-founder and CEO of Orcas told MENAbytes.

And it seems the startup finally achieved those milestones as they recently launched their mobile applications for Android & iOS. The applications allow parents and families to find and connect directly with trusted, trained and experienced babysitters and tutors. At the time of launch, Orcas had more than 1,000 partners with them, most of whom have been working with the startup for years now. They also had 2,000 recurring customers at this point who can now request services of a babysitter or tutor through Orcas’ mobile applications.

“We have more than a thousand partners available on the apps with experience in all School systems including the International Baccalaureate, German Abitur, Bac Francais, American Diploma, IGCSE and Thanaweya Amma. Their services are available for all ages and subjects,” said Hossam “We have also trained our partners to ensure they have no trouble in using the mobile applications. It was very important to ensure that they’re aligned on this.”

Orcas since founding has raised $150,000 in funding which has come from a famous Egyptian angel investor Khaled Ismail, Kamelizer, and Cairo Angels, Egypt’s first formal network of angel investors. Their team of 16 currently works from their only office in The Greek Campus, Cairo. The average age of their team members is 24, with a female to male ratio of 2 to 1 which is very rare among MENA-based startups.

The startup was able to sell more than 15,000 hours in babysitting and tutoring help until last quarter this year. They make money by charging a small commission for every hour sold through them. On average, their partners make EGP 2,000 (~$115) which in some cases go up to EGP 12,000 (~$680).

Parents and families trust their services because they have a very extensive vetting process before accepting their partners. The partners go through background checks and training before making it their supply.

The next step for Orcas is to launch their web platform and make further improvements in their mobile applications. The startup also has plans to expand into other regional markets but wouldn’t talk about at this point.

For a startup that was founded because its founders wanted to help themselves and their friends find part-time work opportunities, Orcas has come a very long way.