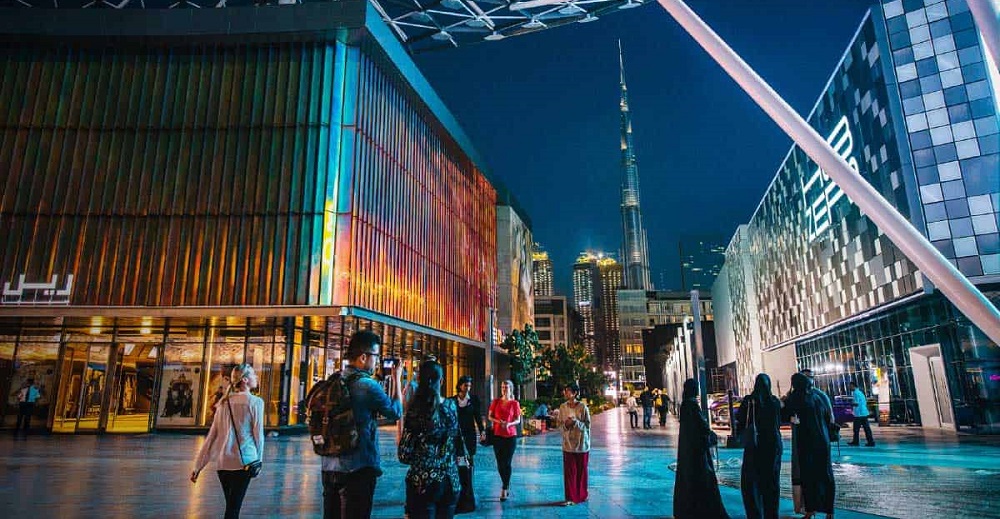 Online spending continues to grow in the United Arab Emirates and is expected to reach $9.8 billion (AED 36 billion) by the end of current year according to a report (PDF)  issued by PayPal and Ipsos, a Paris-headquartered global market research and a consulting firm.

Issued last week, the report was complied by conducting a study that tracked online domestic and cross-border shopping habits of 34,000 consumers in 31 countries.

Cross-border online shopping is also on the rise in the country according to the report with with 61% of UAE online shoppers stating that they shopped online from websites in another country in the past 12 months – a growth of 33% from the previous year.

12% of the online shoppers that were surveyed for the study stated that they online shop online from stores and marketplaces that are located outside the country. The report estimates that the cross-border shopping in UAE has grown by $435 million (AED 1.6 billion) since 2016, accounting for $3.4 billion (AED 12.5 billion) of all the online spend in 2017.

“The UAE’s commerce revolution is well underway and, backed by the country’s diverse and truly global population plus improving logistics services, consumers are increasingly looking internationally to source their favorite products and services,” said Efi Dahan, the General Manager for Eastern Europe, Middle East and Africa at PayPal.

“In today’s global society, consumer spending behavior is increasingly being dictated by convenience and value. Our findings showcase this, with with just over half of the online shoppers surveyed stating that it was not important to them if the retailer was based overseas,” he added.

Due to high rates of mobile penetration in the country, the online shoppers in UAE are increasingly making their purchases on the mobile devices. Mobile spend according to the report is expected to grow 26% between 2018 and 2019 to reach close to $5.4 billion (AED 20 billion) and grow even further 25% in 2020.

“With some of the highest levels of smartphone penetration globally, it is unsurprising that the smartphone is the device of choice for online shopping in the UAE,” said Efi Dahan.

In terms of popular countries with the cross-border online shoppers in UAE, United States take the lead with 22% of the the shoppers having made a purchase from a US website in the past 12 months, spending an estimated $571 million, with India coming in second at 16% probably due to a big number of Indian expats residing in UAE and China with 15% at third.

The research also indicated that the top reason for UAE cross-border shoppers to make these purchases is that they are looking for a good deal. 56% of those who shop from USA give ‘better prices’ as a reason for doing so, 68% of India (68%) and understandably 83% from China.

With such a big number of users in UAE making their purchases from international websites, Noon’s move to partner with eBay to bring some of their products to the country with better shipping and return options, makes a lot of sense. And the China move as well.