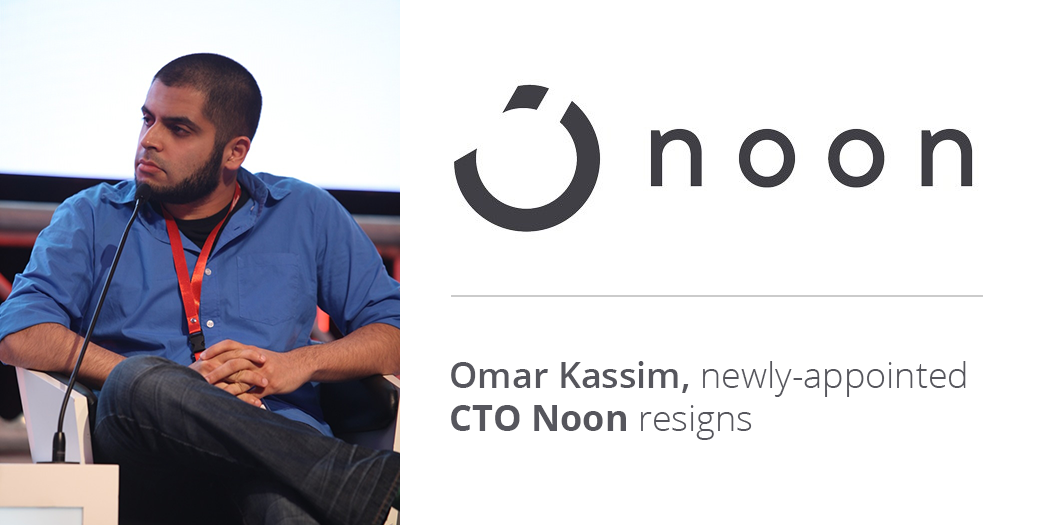 Omar Kassim who joined Noon as a CTO after it acquired JadoPado earlier this month has stepped down from his role, he announced on Twitter in the following tweet.

I’ve stepped down from my role @noon as of earlier today. I wish the team the very best and hope they go onto building a world class product

He was the founder & CEO of JadoPado and had joined Noon with his team after Noon acquired JadoPado. Kassim did not share any details to why he took this decision. Here’s his full statement about the resignation.

“I decided to step down from my role at noon as of earlier today. I wish the entire team the very best and hope they go onto building a world class product and organisation.

I would like to thank the team at JadoPado who’ve been awesome as we’ve made the transition. It’s been a pleasure getting to know and work with every single one of them. I wish all of them the very best with everything that they’re doing today and go onto doing in the future.”

This comes after it has been reported that Noon has been operational without a CEO for almost a month. The most-anticipated website of the region was supposed to launch in January but until now there’s no word on when exactly will it be launched apart from a recent statement of Mohamed labbar in which he said that the site is scheduled for a 2017 launch.