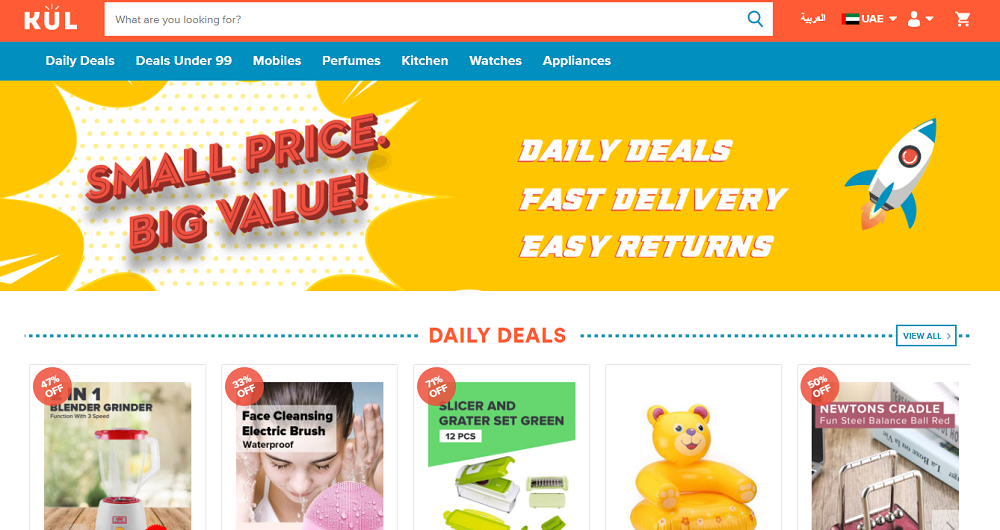 Noon has quietly launched a low-cost ecommerce platform called Kul in the United Arab Emirates & Saudi Arabia. The development was first reported by ArabianBusiness last week without any details about who is behind the platform but later Omar Kassim, the founder of JadoPado (that was acquired by Noon) and Esanjo, in a series of Tweets shared some details that confirm Noon as Kul’s owner.

Apart from everything that Omar has shared, the help articles on Kul’s Help Center have been written by the people who work at Noon and Kul’s website lists Noon as its logistics partner.

Kul, as Omar also pointed out in his Tweets, is taking on Awok, a similar Dubai-based ecommerce platform that targets low to mid-income segments mainly in the UAE & Saudi with its affordable products.

The Noon-owned platform sells mobile phones (including the refurbished ones), perfumes, watches, home appliances, and utensils. The cheapest perfume on the platform is being sold for AED 15 (after a discount), the cheapest phone for AED 33 and watches range between AED 7 to 70.

According to the information available on its website, Kul is providing free shipping in both UAE & Saudi for orders over AED 50 (or SAR 50).

We’ve reached out to Noon to have an official confirmation that they’re behind Kul and learn more details, and will update the story if we hear from them.