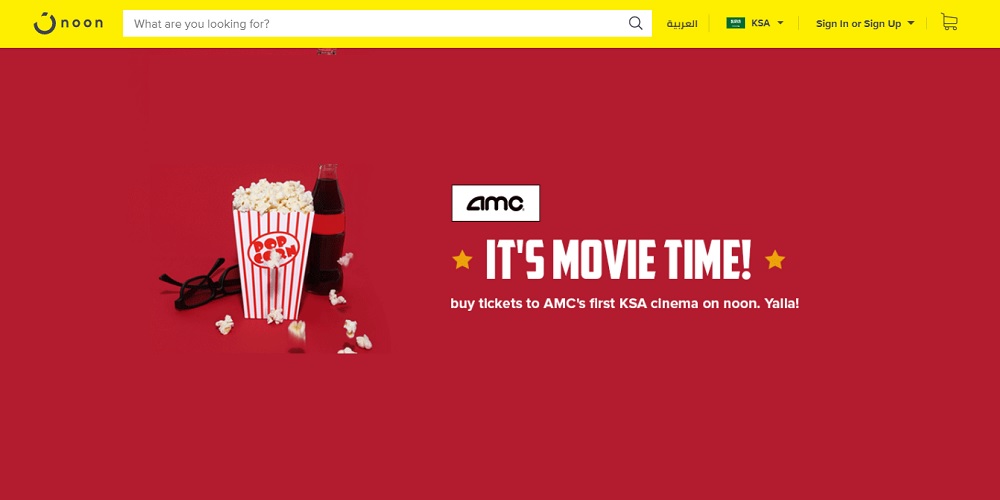 Ecommerce platform Noon has entered a partnership with AMC Cinemas to sell tickets for the first public screening of a movie after the return of cinemas to Saudi Arabia. The first movie to be screened is Black Panther, the American superhero film based on the Marvel Comics character that was released earlier this year across the world.

It’s not clear whether this is a temporary partnership or Noon will continue to sell tickets on behalf of AMC Cinemas, which is currently the only active cinema operator in the Kingdom with one cinema in Riyadh. AMC had arranged a private invite-only screening of the same movie yesterday that was attended by many big shots of the city.

The first public show of the movie will be on Friday (April 20) at 20:30 and the tickets will go on sale on the Noon microsite at 12:00 am on the same day. Currently, if you visit the website, it shows a timer with hours to go in the sale. When the tickets get sold out, the same timer will appear displaying hours to go for the next sale.

One important detail. The cinema, for now, is only open to families so if you’re single, you’ll have to probably wait a little longer.

We’re not sure if Noon is making any money out of this partnership but even if they’re not, this could help them get some eyeballs.