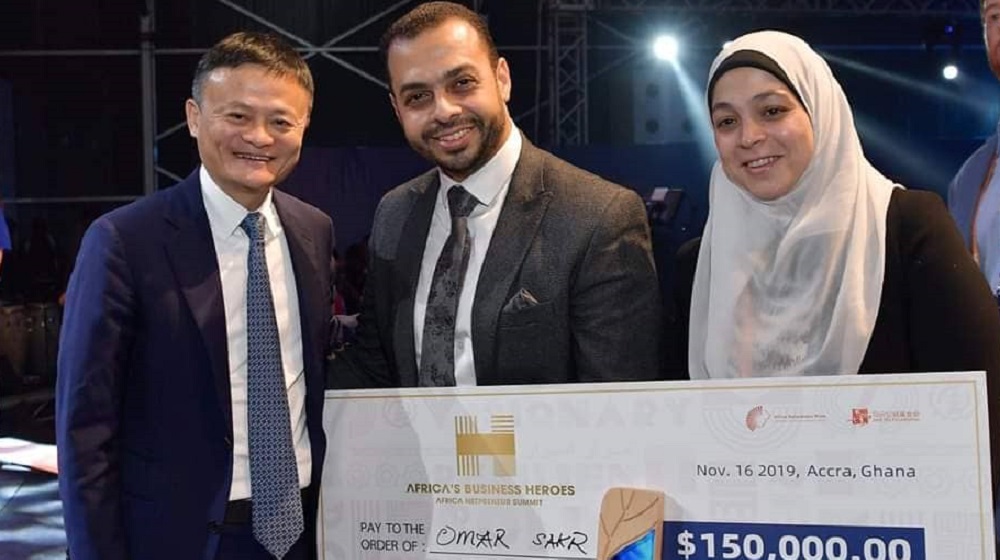 Nawah Scientific, a Cairo-based science startup has won second place at the first edition of Jack Ma’s Africa Netpreneur Prize, taking home $150,000 grant. Nawah Scientific was one of the ten finalists from Africa that got to pitch their startups in front of Alibaba’s founder and former executive chariman Jack Ma who was also part of the jury.

Africa Netpreneur Prize is Jack Ma’s flagship entrepreneur program in Africa led by the Jack Ma Foundation that was set up last year to award $10 million worth of grants to 100 entrepreneurs over next ten years.

Jack Ma attended the pitch and award ceremony in Ghana along with some other dignitaries including Ghanaian President Nana Akufo-Addo and former UN secretary general Ban Ki-moon.

Founded in 2015, by Dr. Omar Sakr, who holds a PhD in pharmaceutical sciences from the University of Geneva, Nawah Scientific has established a facility of advanced equipment specialized in natural and medical sciences where they conduct different scientific research tests on behalf of scientists and universities who normally don’t have access to such resources.

The startup after receiving experiment requests through its online platform sends a courier to collect the sample for requester’s address. Nawah’s in-house team of scientists after receiving this sample perform the required tests and return the results online. Nawah also works with chemical and pharma companies to offer them help with things ranging from simple analysis to complicated research projects.

Nawah Scientific that had raised $1 million in a Pre-Series A round led by Endure Capital last year (with participation of 500 Startups, Averroes Ventures and Egypt Ventures) was also the winner of RiseUp’s pitch competition in 2017.

The first place of Africa Netpreneur was won by LifeBank, a Nigerian healthtech startup that delivers blood, blood products, oxygen, and vaccines to hospitals across Africa.

Jack Ma who officially retired from his role of chairman of Alibaba earlier this year, speaking at the event, said, “[When] most people see Africa today, they say there is no e-commerce, no logistics, no payment. To me, it is so similar … Africa today is like China 20 years ago. Because we had nothing. That is the opportunity. If Africa wants to develop, solve its problems and have sustainable growth, the most important thing is that we need entrepreneurs to join forces.”

“Africa never lacks talent, resources and opportunities. What we need today is a crop of people to explore, to try and to innovate,” he added.