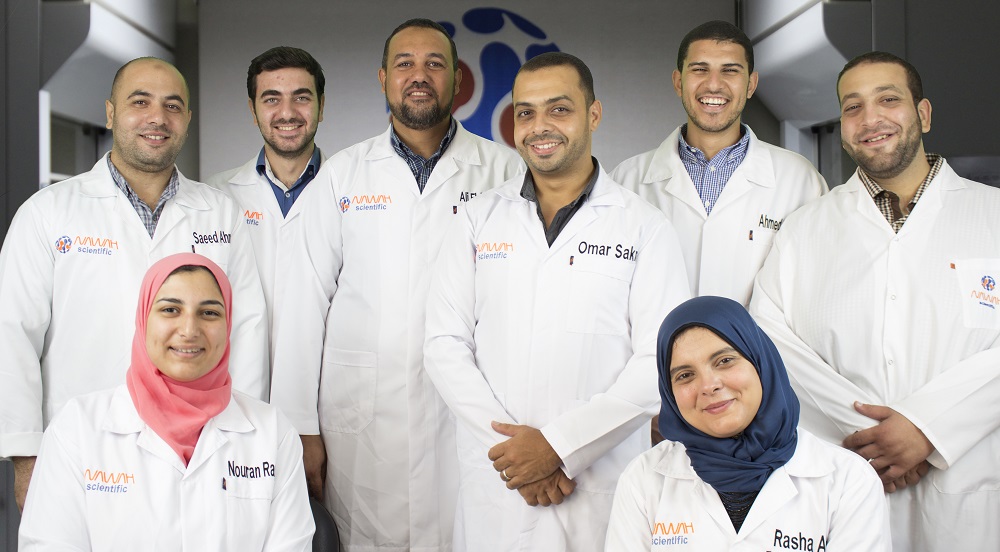 Cairo-based Nawah Scientific has raised $1 million in pre-Series A funding, the startup announced today, in a statement to MENAbytes. The round was led by Endure Capital and joined by 500 Startups, Averroes Ventures and recently launched Egypt Ventures. An angel investor Dr. A. Abdelhamid also joined the round.

Founded in 2015, by Dr. Omar Sakr, who holds a PhD in pharmaceutical sciences from the University of Geneva, Nawah Scientific has established a ‘core hub’ of advanced equipment specialized in natural and medical sciences where they conduct different scientific research tests on behalf of scientists and universities who normally don’t have access to such facilities.

This is how it works: Nawah’s online platform receives experiment requests. A courier then collects the sample from requester’s address and sends it to Nawah. Nawah’s in-house team of scientists then perform the required tests and return results online. It’s a very simple yet genius way of bringing world-class research facilities to scientists and promote scientific research in the country and beyond.

Since launching, Nawah has analyzed over 15,000 samples from 32 universities inside and out of Egypt. In addition to offering its services to scientists and academia, Nawah also works with chemical and pharma companies to offer them help with things ranging from simple analysis to complicated research projects.

Commenting on the occasion, Nawah’s founder and CEO Dr. Omar Sakr said, “I was always frustrated that cutting-edge research is available exclusively for those with high tech equipment in their labs, and only very few universities in the MENA have access to such equipment.”

“Scientists waste a lot of time moving between cities and universities to test their samples. This leads to low-quality research projects barely scratching the surface. Consequently, lack of trust between industry and academia, and research converting to marketed products is very minimal. This will change now,” added Dr. Omar.

Nawah is one of the first life sciences startups from MENA to have raised a significant amount of investment. The company has been growing at 300% year on year and hopes that its investment will pave the way for other science-based startups from region to knock doors and raise funds.

Tarek Fahim, Managing Partner of Endure capital, speaking about the investment, said, “Biotech startups are looking more like software startups in the early days before AWS and rapid development tools. Biotech needs infrastructure players who can push the boundaries of what is possible in this much-needed sector. We need to lower the cost for starting and increase the speed of rapid prototyping. This is why we in Endure are proudly partnering with Nawah to jump forward Biotech in MENA.”

Egypt’s Ministry of Investment-backed recently launched VC Egypt Ventures is the biggest investor in this round, according to the statement.

Heba Ali, Managing Director of Egypt Ventures, said, “Nawah is a pioneer in bridging the gap between academia and the life science/ biotech industry in Egypt. It is now in a unique position to democratize scientific research in the entire MEA region; their technology reduces time and costs to reach solid results by an order of magnitude. Egypt Ventures is thrilled to be part of their journey as they scale their offerings and expand into new markets.”

It has been exactly one year since Nawah won the pitch competition at RiseUp Summit 2017. The prize was $50,000 investment from 500 Startups, which was going to be finalized after due diligence. In one year since winning the RiseUp 2017, Nawah seems to have made a lot of progress and convince investors to put in $1 million, which is still a very big amount in Egypt for a company that’s raising external capital for the first time.

500 Startups Partner Sharif Badawy, speaking about Nawah, noted, “What I like about Nawah is their multi-talented competent team and strong vision driven by a clear purpose. Nawah will not only thrive as a venture but more importantly will pave the way for the biotech/life science ecosystem in Egypt to move forward as Nawah takes out the hurdle of buying expensive research equipment and lab facilities. ”

Dr. Ahmed Alsharif, Managing Partner Averroes Ventures, added “The importance of STEM, and specifically, quality scientific research and development have been largely proven internationally. Recognizing that Egypt has been largely falling behind the curve due to underserving its entire scientific community, Nawah strives to remedy that by offering far greater convenience and accessibility to cutting-edge facilities otherwise not found in Egypt.”

Nawah plans to use the investment to expand into more services and grow its marketing activities outside Egypt.