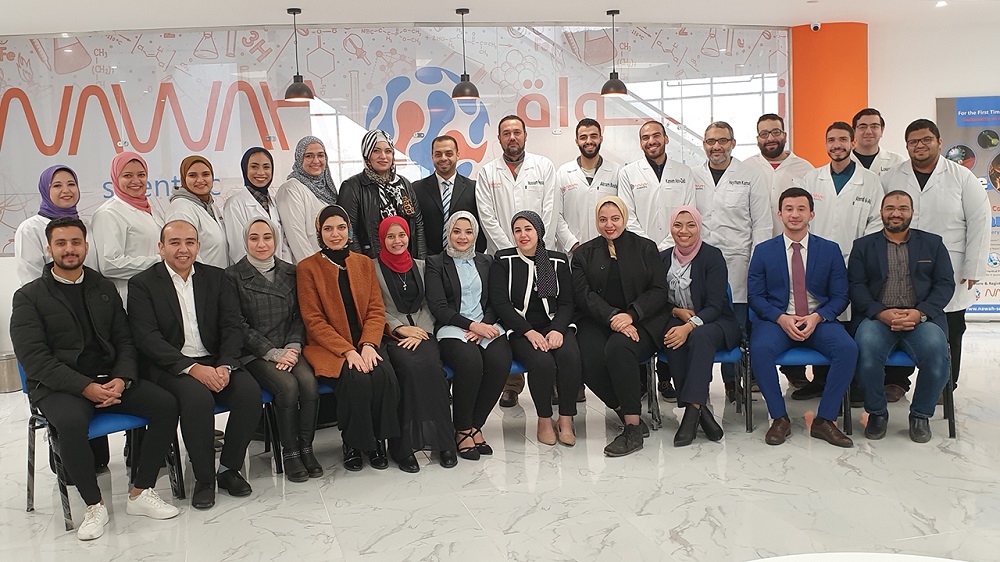 Cairo-based life science startup Nawah Scientific has raised $1 million in fresh funds in a round comprised of both equity and debt, it announced in a statement to MENAbytes today. The round that takes Nawah Scientific’s total capital raised to date to $2 million was led by its existing investor Egypt Ventures, with the participation of newly launched Alexandria Fund, Cairo Angels, Alex Angels, Hult Alumni Angels, and a few other investors.

Founded in 2015 by Dr. Omar Sakr, Nawah Scientific offers on-demand scientific, research, and analytical services to scientists, pharmaceutical companies, and different other users. Nawah collects samples from a user’s doorstep after receiving the experiment requests on its online platform. Its in-house scientists then carry the needed tests in its multi-purpose lab and return the results online.

The startup recently opened its new hub of labs which it claims is the biggest private multidisciplinary research hub in Egypt. Since its launch in 2015, Nawah has analyzed over 50,000 samples from more than 3,000 clients in 9 countries. For the users, the proposition is simple: high-quality scientific research at affordable rates and quick turnaround time. A large number of scientists don’t even have access to decent labs. They can use Nawah’s services to conduct their research regardless of their location and without compromising on the quality.

Initially started with services for scientists, Nawah today also serves a large number of pharmaceutical clients who use its services for analysis, routine checks, or improvements (in formulations). It has expanded its analytical facilities recently and has plans to offer different types of research and analytical services to companies in the food, agriculture, and petrochemical industries. That is what it plans to use a large part of the latest investment for.

Dr. Omar Sakr, Nawah Scientific’s founder and CEO, commenting on the occasion, said, “Every day, I realize that Nawah’s potential is way beyond our initial imagination and that we are barely scratching the surface. Our work has significantly empowered the scientific society in Egypt and we are expanding next year to surrounding countries with an aggressive plan to cover MENA and Africa in the foreseeable future. I’m extremely thankful to the amazing team of scientists who are making this happen.”

Ahmed Gomaa, the CEO of Egypt Ventures that has been one of the first backers of the startup, said, “Egypt Ventures has a clear mandate to support exceptional Egyptian Startups bringing actual value to the Egyptian community. We have witnessed Nawah firsthand and we have seen how they deliver on their promise to empower scientific research in the entire MEA region and we are thrilled to be part of their
journey as they scale their offerings and expand into new markets.”

Tarek El Kady, the General Partner of Alexandria Fund, said, “We have closely witnessed Nawah’s journey firsthand with great pride as Alexandria Angel Network. Nawah is perfectly set to serve a huge market in the Middle East & Africa, and we are happy to have Nawah among the very first investments of our early-stage venture fund.”

Nawah Scientific had won second place (and prize money of $150,000), in the first edition of Jack Ma’s Africa Netpreneur Prize in late 2019.