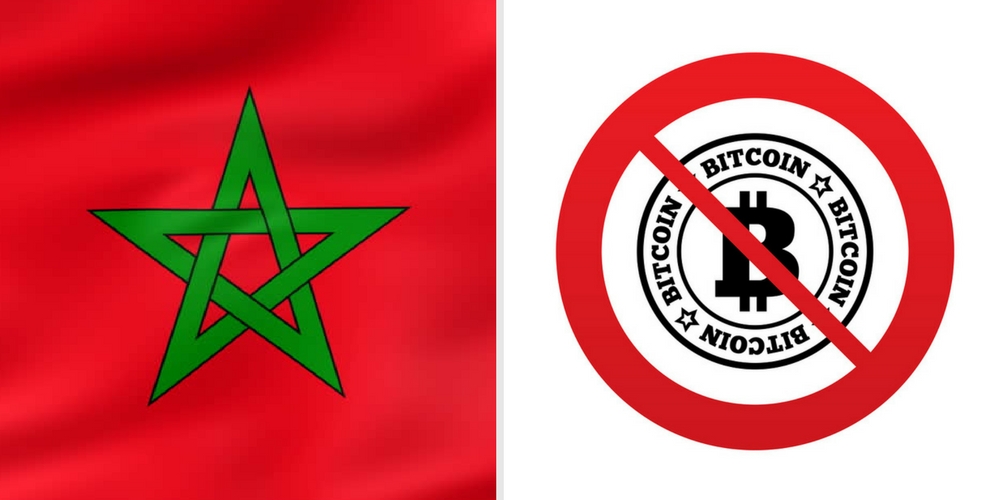 Bitcoin and Cryptocurrencies are still a grey area in most of the MENA countries. There may have been few statements here and there where Governments or Government officials have advised people not to invest or trade in cryptocurrencies but until now there was no official ban by any country of the Middle East & North Africa.

It changed when Moroccan government last week explicitly banned all the cryptocurrencies including Bitcoin. Country’s currency regulator Ofice des Changes that works as a division of Ministry of Finance issued a statement (PDF) saying that transaction via virtual currencies will result in penalties and fines.

“The Office des Changes wishes to inform the general public that the transactions via virtual currencies constitute an infringement of the exchange regulations, liable to penalties and fines provided for by [existing laws] in force.”

The statement further added: “As secretive payment systems are not backed by financial institutions… virtual currencies involve significant risks for their users,”

The announcement of the ban was made on 20th November, a week after MTDS, a Moroccan company that sells domain names, web hosting and different other technology solutions announced that it will accept payments in bitcoin.

MTDS CEO Karl Stanzik after the ban said that their company had to drop the idea of accepting bitcoin payments to “comply with Moroccan law.” But he also thinks that it would be “very difficult to control” bitcoin transactions due to its secretive nature.

A Bitcoin publication spoke with Bellaj Badr, CTO of Mchain and a blockchain consultant based in Marrakech to learn his thoughts about the ban. “Although this decision comes as no surprise, I am very disappointed by this ban which harms the country’s image in Africa and worldwide,” said Badr. “In fact, we are henceforth counted among the few countries which are illegalizing bitcoin and limiting people’s freedom.”

Badr thinks that it’s not a wise decision as “it will not harm the growing adoption of bitcoin in Moroccan society but instead it will harm the ongoing innovative project aiming to harness the blockchain technology.” But he’s optimistic that the decision will be reversed “with time when the authorities understand the benefits they can reap from these technologies.”

Morocco may be the first but given the normal resistance by regional governments in embracing new technologies, it won’t be the last country in MENA to block Bitcoin or cryptocurrencies.