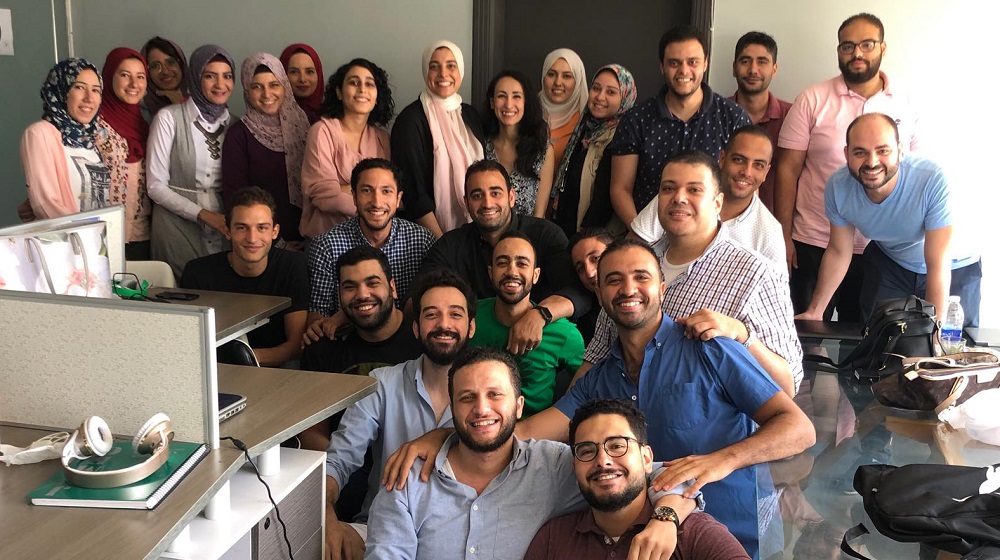 Cairo-based fintech MoneyFellows has raised over $1 million in a bridge round (Pre-Series A), the startup told MENAbytes today. The investment came from 500 Startups and Dubai Angel Investors, both of which had previously invested in company’s seed round as well, last year, Beirut-based Phoenician Fund, and some individual investors including some of its previous angels.

Founded in late 2016 by Ahmed Wadi, MoneyFellows is digitizing concept of money circles (ROSCAs), commonly known as gam’eya in Egypt and other Arab countries.

The years-old practice that is common across many countries in the world, known as chit funds in India, committee in Pakistan and Tandas in Mexico, allows a group of people (normally friends or coworkers) contribute a fixed installment every month to a pool with one of the members taking whole pool as payout every month. The circle ends when everyone receives their payout and is usually repeated if the participants are interested.

MoneyFellows with its group pooling platform for credit and savings is digitizing the entire process of money circles with a scoring model that compliments current offline model, making it more scalable, safe and efficient.

How it works: The users set up their profile on MoneyFellows and upload documents to verify their income and personal details. The more information and verification documents they share, the better their score and limit. Depending on MoneyFellows’ credit assessment, a user is then shown different matching circles. The user then selects one of these circles, a preferred (available) slot, and mode of payment and payout.

The startup also has secured corporate deals with different companies in Egypt in order to facilitate participation of their employees in money circles. MoneyFellows has also partnered with different financial institutions including Fawry to make it easy for its users to pay their monthly installments and receive the payouts. Its partnership with Fawry allows users of MoneyFellows to pay installments at over 80,000 Fawry Point-of-Sale devices located all across Egypt and receive their payouts at over 200 Fawry Plus stores.

MoneyFellows makes money by charging a small service fee on monthly installments paid by the members.

“Our business model is currently comprised of collecting service fees from our users depending on their payout position in the money circle – starting with 5% fees for users with early payouts at the beginning of the circle, incrementally decreasing to zero fees for users paid out at the end of the circle. With millions of dollars moving through our accounts MoneyFellows are able to earn a percentage of float interest on our money in circulation. We are also planning to introduce several new options to generate revenue, including allowing our users to utilize MoneyFellows for bill payments, as well as using MoneyFellows in a variety of merchant locations,” explained Ahmed in a conversation with MENAbytes.

MoneyFellows plans to use the latest investment for scaling the userbase mainly. The also plans to raise a $3 million Series A by the end of this year.

“With steady growth in our user base, we have been working hard over the past year in order to optimize and perfect our product and are now ready to begin our scaling journey. We will dedicate the money from this bridge round to raise greater awareness for MoneyFellows, in order to allow a much greater number of users to access our application and meet their saving and financial needs,” noted Ahmed, speaking to MENAbytes.

Speaking of their expansion plans, Ahmed said that they’re aiming to expand in MENA to different neighboring countries in the region in 2020 after closing their Series A. The startup also plan to expand into some Africa countries in 2021 as there is high prevalence and participation in offline ROSCA schemes, allowing MoneyFellows to access hundreds of millions of potential users in these markets. The startup is currently in advanced discussions with many key financial and telecommunication players in MENA to work on its potential expansion there.

Originally started in the United Kindgom, MoneyFellows moved its headquarters to Egypt later and currently employs a team of over 40 employees, all of whom are based in Cairo.