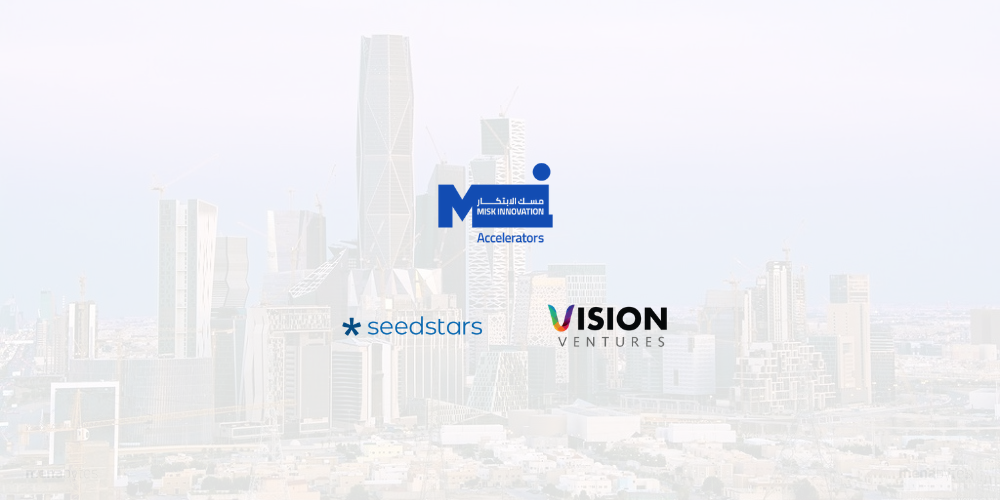 Misk Innovation, the innovation arm of Misk Foundation, a non-profit established by Saudi crown prince Mohammad bin Salman to develop and empower country’s youth, has announced the launch of a growth accelerator for startups in the Middle East & North Africa. The accelerator has been launched in partnership with Seedstars and Khobar-based Vision Ventures, who will be investing $100,000 (collectively) in each selected startup. The selected startups will also have the chance to receive up to $1 million in follow-on funding from Vision Ventures and/or Seedstars.

It is the second accelerator launched by Misk Innovation within the last one year. The organization last year had launched an accelerator program for pre-seed and seed stage startups in partnership with 500 Startups. And the feedback we’ve been hearing about that program is excellent. Misk 500 had graduated its first batch a few weeks ago. The selection criteria for Misk 500 was a bit lenient so the first batch had many startups that didn’t have any traction.

For this growth accelerator, however, the organization is only looking for startups (from all across MENA) that have achieved product-market fit, have over $10,000 in monthly recurring revenue ($120,000 annual revenue) and have prev. raised between $250,000 and $1,000,000. This falls somewhere in the territory of 500 Startups’ Pre-Series A program. Misk and its partners have not shared the details about how much equity they will be taking from the participating startups. 500 Startups invests $150,000 (including the program fee) in exchange of 5 percent equity in the startups participating in its Pre-Series A program.

According to Misk Innovation’s website, the three-month program will feature three on-site bootcamps in Riyadh and virtual webinars and one-to-one mentor meetings. The program will kick off in September with a five-day bootcamp in Riyadh and end with a closing bootcamp and demo day in December. The accelerator will also feature a midway bootcamp. Misk’s website states that all the expenses (apparently flights and hotel) will be paid by the accelerator.

The participating startups will get a personal growth mentor for three months and will also have access to a global network of mentors, experts and corporates.

The program is open to startups from all across the Middle East & North Africa. More details and applications here. The deadline to apply is July 21, 2019.

Upcoming Q&As, AMAs, online panels and more with founders and investors in MENATP