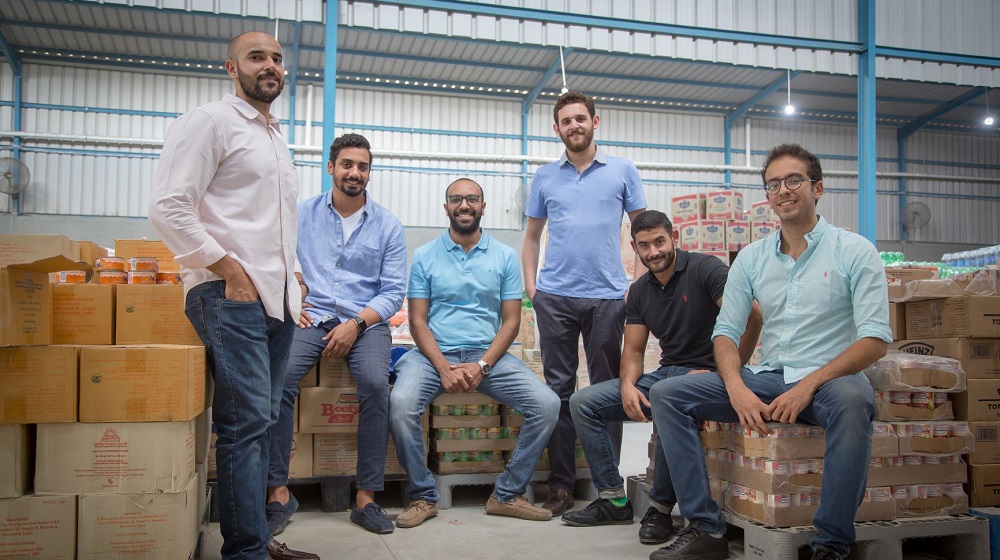 MaxAB, a Cairo-based B2B ecommerce marketplace that connects informal food and grocery retailers with suppliers through an easy-to-use app has raised $6.2 million in seed funding, the startup announced in a statement to MENAbytes. According to our data, it is the largest-ever seed round raised by a startup in MENA.

The previous highest seed round was of $5.85 million raised by Abu Dhabi-based agtech startup Pure Harvest (it revealed recently that it had closed its seed with $5.85 million in multiple tranches). And earlier this year, Tenderd, a YC-backed Dubai-based heavy equipment rental marketplace had raised $5.8 million in what was the largest seed round of MENA at the time.

MaxAB’s round was co-led by Dubai-based Beco Capital (who are making their second investment in Egypt after Swvl), Africa-focused 4DX Ventures, and Endure Capital (that has offices in Egypt and the United States), with participation from 500 Startups, Morocco-based Outlierz Ventures and other local investors.

The startup, with this capital, expects to reach half of Egypt’s population before expanding across different markets, it said in a statement.

Founded (last year) and led by Egyptian and Libyan entrepreneurs Belal El-Megharbel who was previously with Careem and Mohamed Ben Halim who previously worked for Aramex, MaxAB, according to the statement, has already built a stock list of over 600 products which includes groceries, beverages, dairy, confectionery and non-food products.

The Cairo based startup connects brands to retailers via its Android app, closing the gap between these traditional retailers (over 400,000 in Egypt) and FMCGs. It aims to automate and simplify $45 billion FMCG food retail market and claims to have recorded month-on-month growth, with 9,000 activated retailers on the platform already. According to its website, MaxAB has processed over 40,000 shipments to date.

“Brands using MaxAB have access to real-time demand monitoring and business intelligence tools, which improve end-to-end supply chain control, and better forecasting. Retailers in remote and under-served areas will have access to a wide variety of products, the convenience of ordering stock online in addition to second-day deliveries not to mention the added benefit of access to credit facilities,” the startup said in a statement.

Belal El-Megharbel, Co-Founder and CEO of MaxAB, commenting on the occasion, said, “Nobody has addressed the underserved retailers before; retailers are faced with a limited assortment of products, the hassle of dealing with multiple wholesalers and restricted access to credit facilities. At the other end of the supply chain, the FMCGs have limited visibility on market trends, demand patterns and retailers’ business needs – leading to losing potential revenue opportunities.

“We are using data and analytics to understand purchasing and retail behaviors, as well as make the end-to-end process of brands seamless and convenient. This will enable FMCGs to make informed decisions about their purchasing, which will ultimately have a positive effect on their bottom line and catalyze one of the biggest markets in Egypt. This investment round will allow us to accelerate our growth plans and develop new products and services throughout North Africa using the first of its kind B2B ecommerce platform”.

Yousef Hammad, Managing Partner at Beco Capital, said, “This is Sparta was the first impression I got when I met this team of warriors, battling one of the biggest inefficiencies on the country’s balance sheets. By leveraging technology, MaxAB is redefining the grocery supply chain in Egypt to fit the requirements of the micro retailers who make up 90% of the grocery market. The metrics they have recorded in such a short period are impressive, and we expect to continue to see double-digit growth as they scale.”

Peter Orth, co-founder and Managing Partner at 4DX Ventures, said, “We’ve been consistently impressed with how Belal and the rest of the team have executed, and achieved significant traction in a very short period of time. We believe that their B2B e-commerce model is the right way to serve this significant market, and we’re really excited to partner with the team to drive the next phase of growth.”