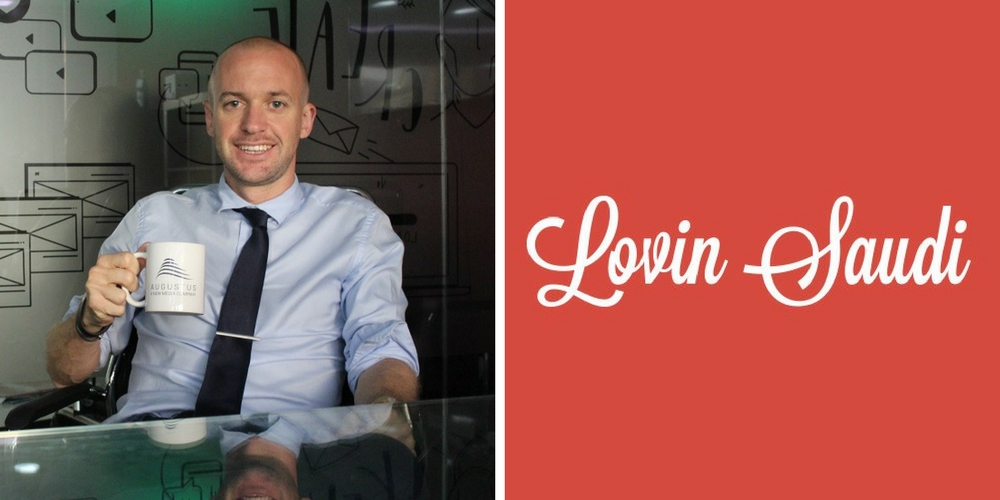 Launched only two years ago, Lovin Dubai has already become one of the most popular online destination for news and lifestyle in United Arab Emirates with about 800,000 monthly visitors and three million page views. The website also has more than 1.4 million followers across different social networks.

Augustus, the company behind Lovin Dubai has now announced its expansion into Saudi market as they launch Lovin Saudi later this week. Augustus that likes to call itself a ‘New Media’ company is the regional franchisee for the Middle East & North Africa of Ireland-based Lovin Group. Augustus with the launch of Lovin Saudi wants to replicate Lovin Dubai’s success in the Saudi media landscape.

“By understanding and keeping abreast of the ever-changing media landscape, Augustus has cemented Lovin Dubai’s place within the UAE market in what is a short space of time. This was done by focusing on quality online and social content. With the launch of Lovin Saudi, the brand will look to do the same in KSA, shaking things up and further driving a digital approach within the region.” said Richard Fitzgerald, Founder & Managing Director of Augustus.

Lovin Saudi will publish all its content in English, covering news and lifestyle from the big Saudi cities including Riyadh, Jeddah, Dammam & Khobar. The company will be using local partners and contributors to create content with most of it’s team including editorial and back office staff to operate from Dubai headquarters.

“Expansion into the Saudi Arabia market makes consumer and commercial sense. There is vast consumption and usage of social media platforms in the Kingdom, however, there aren’t any millennial focused platforms. Additionally, by running Lovin Saudi in English, we it will be geared towards a generation that have mostly studied abroad. Although the content will be geared towards providing the definitive inside track for those living and visiting Saudi Arabia, it will also become a key platform as KSA advances towards achieving its Vision 2030.” added Richard.

There are some regional platforms like StepFeed that are more or less in the same category as LovinDubai or Saudi but they’re not focused on one particular country. With Lovin Saudi, Augustus aims to publish content for expats and Saudi youth, which Richard thinks could be a target audience of 5-10 million.

Lovin Dubai or platforms of the similar nature from the region normally receive a lot of criticism for creating and publishing clickbait content. But Richard thinks that people are still adapting to this new form of media in the region so it would take some time before they get used to it.

“Lovin Dubai is the first time people have consumer new media in the UAE like that is common place in other parts of the world, it’s an education for a lot of people, but now all the other local news sites are publishing in the same way. I think the criticism comes as people adapt to new media.” he said, speaking to MENAbytes.

Not sure about you guys, but we at MENAbytes are pretty excited for the Lovin Saudi launch as there are not many online news platforms that cater the English-speaking audience of the country. We are hoping that Lovin Saudi would be a great addition to that small list.