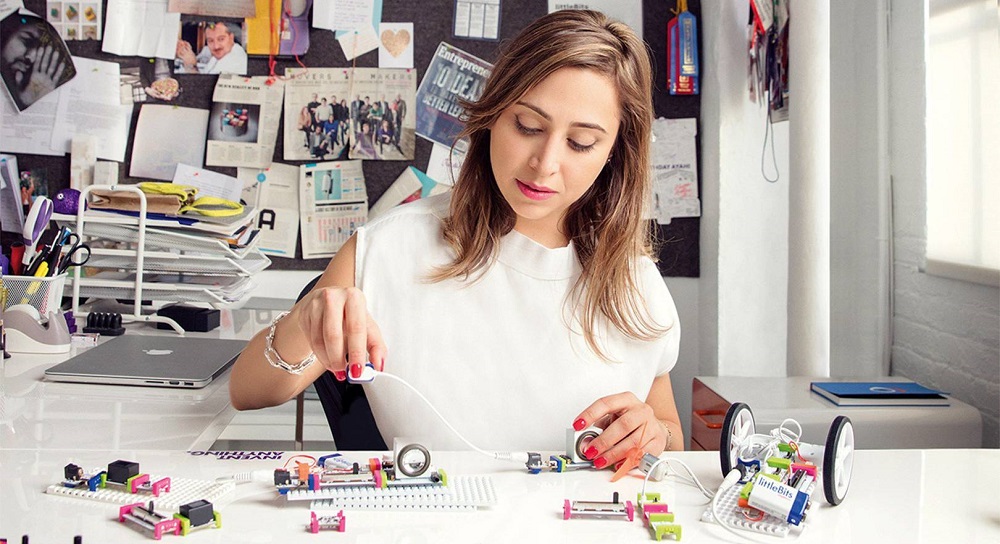 LittleBits, a New York-based education startup that invented the electronic building blocks and a hands-on learning system around it, allowing students of all ages, create with technology, has been acquired by Spehro, a leading robotics and educational STEAM company based out of Colorado, United States, the two companies announced today in a joint statement without disclosing the financial details of transaction.

“[The two] are joining forces to become the #1 STEAM and coding solution for every classroom, living room, and after-school program around the world,” said the statement.

LittleBits was founded in 2011 by a Lebanese entrepreneur Ayah Bdeir who in spite of leading a startup in the United States is one of the most popular names in Lebanon’s startup ecosystem. Wamda Capital, one of the leading MENA-based VCs was an early investor in LittleBits.

LittleBits, according to publicly available data, had raised a little over $60 million in total funding to date with $47 million coming in, in a Series B round in 2015. Sphero, on the other hand, has raised almost double of that ($120 million), with its most recent $12 million round in June last year.

Ayah, with the acqusition, is leaving the company, she announced in a Medium post.

Today is my last day at LittleBits. I leave LittleBits in incredibly talented hands. LittleBits will now have a home in Sphero, the leading educational technology company that shares our mission of inspiring the creators of tomorrow,” she said in the post.

“Paul Berberian, CEO of Sphero has built a team that is crazy smart, dedicated to changing the world of learning, and deeply respectful of what we have built. With their deep experience and operational excellence they will expand the reach of littleBits into every classroom, living room and after school program in the world,” the former LittleBits CEO added.

LittleBits and Sphero during the last nine years claim to have created entirely new categories of hands-on learning tools, enabling invention and STEAM education through play and technology. The two companies (collectively), per statement, have reached over six million students and 65,000 teachers across 35,000 schools globally selling more than $500 million in Sphero robots and LittleBits kits.

“Through this acquisition, Sphero becomes the largest player in its market. With a comprehensive offering of hardware, software, curriculum, and training, it is positioned to shape the $150 billion education technology industry,” said the statement.

Ayah Bdeir, founder of littleBits, commenting on acquisition, said, “When I studied engineering, it was top-down, test-based. I hated it and wanted to quit every semester. Then I got exposed to the pedagogy of learning through play and my life changed; no one could peel me away from learning, inventing, creating. Together, littleBits and Sphero are now bringing this experience to kids everywhere.”

Paul Berberian, Sphero’s CEO, said, “Sphero and littleBits are on a mission to make hands-on learning fun and memorable. Together, we’re able to make an even greater impact by delivering the best possible solution — whether it is programming a robot to solve a maze or building an electronic music synthesizer. There are infinite learning possibilities — and they’re all fun.”