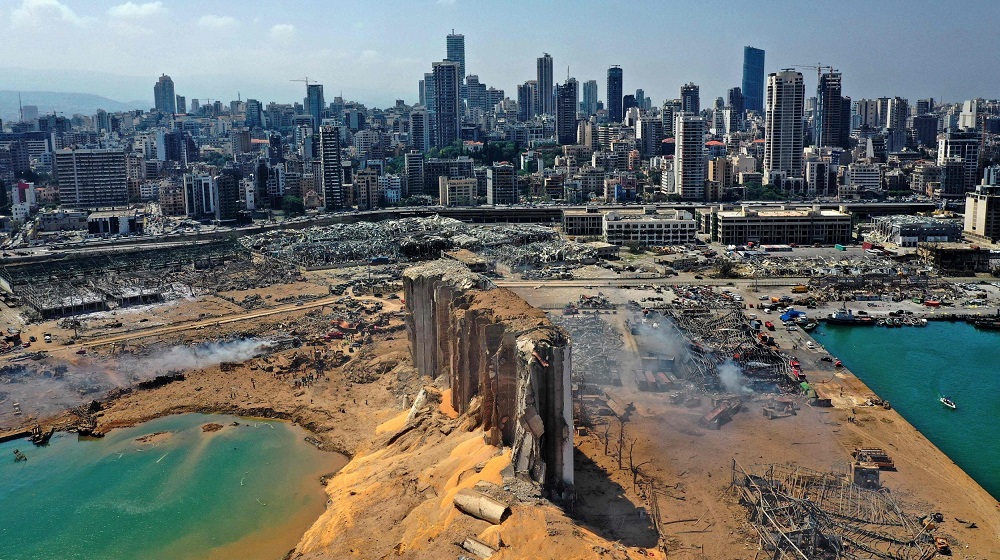 Lebanon, a country that has been in economic turmoil for months, was hit by one of the biggest tragedies of the modern world, last Tuesday when a devastating explosion at the Port of Beirut killed over 150 people and wounded thousands of residents. The explosion was caused by 2,750 tonnes of ammonium nitrate at the port, which was confiscated by the Lebanese government almost six years ago and was stored there without proper safety measures.

The explosion has reportedly caused between $10 to $15 billion of damages and has left about 300,000 people homeless.

Since the explosion occurred, many Lebanese who were fortunate enough to have not been affected by it have opened their doors to offer stays to Beirut residents who have become homeless due to damages caused to their properties by the explosion. They’ve turned to Facebook, Twitter, other social media platforms, and even different offline mediums to offer their properties for those in need.

Chafic Dakroub, a Dubai-based Lebanese entrepreneur who currently serves as the Chief Product Officer of Bayzat, has called for Airbnb to waive its service fee in Lebanon to enable hosts to offer their properties for free, “We’re doing this today offline but your platform will help create some structure and help with the verification process,” noted Chafic in a LinkedIn post.

The post that was published on Thursday has received close to 20,000 reactions (which could be considered endorsements – at least in this case) and hundreds of comments, at the time of writing.

Amir Farha, the co-founder and former Managing Partner of Beco Capital also made a similar appeal to Airbnb on Twitter.

Airbnb charges between 6 to 12 percent (in some cases even higher) of the total price of stay from the guests and 3 percent from the hosts. As there is a fee involved, it is impossible for hosts to offer their properties for free.

The company has waived its service fee in areas affected by natural disasters and other calamities. Earlier this year, it also introduced a program, enabling hosts to offer free stays to healthcare workers involved in Covid-19 work.

Its tool, Open Homes, allows hosts to list, to offer free, temporary housing to people in case of a disaster or an emergency, but it hasn’t been activated in Lebanon.

After multiple people from Airbnb were tagged on Chafic’s post, the company has responded with a statement (on the same post), explaining that it is not activating Open Homes in Lebanon, for now.

“We are devastated by the tragedy in Beirut, and our thoughts are with all those affected by this terrible disaster. The safety of our community is a top priority. Our immediate focus is on offering support to the Lebanese government, NGOs on the ground and hosts and guests in the region. While we are not activating our host community through Open Homes at this time due to concerns about structural safety, we are continuing to closely monitor the situation as it develops and considering all options,” said the statement.

The statement also noted that Airbnb is providing funding support to its NGO partners for accommodation as they’re on the ground and are best placed to determine safe and appropriate locations at this time.

Chafic has questioned the company’s decision of not activating Open Homes when the regular bookings are still active in Lebanon. A quick search by us on the platform for a stay in Beirut returned over 300 properties available to be rented.

He also suggested that the company could consider supporting hosts outside the blast zone [if it is concerned about structural safety]. The Lebanese entrepreneur also requested Airbnb not to collaborate with the local government as “it is the root cause of the problem.”

According to the information available on Airbnb’s website, it offers reimbursements for property damages to the Open Homes hosts, “Though accidental damage is rare, we understand you may need protection. The Host Guarantee will reimburse every host for property damages up to $1,000,000,” notes the website.

Even though Airbnb has not indicated but there is a possibility that it is not activating Open Homes in Lebanon as it is not willing to commit to offering reimbursements in the country (in case something happens to those properties) where it does not have an on-the-ground presence.

But if that is the case, they could activate Open Homes without a commitment to cover any damages (in case they happen) to the properties and add a disclaimer for the hosts explaining this whenever they create an Open Homes listing.