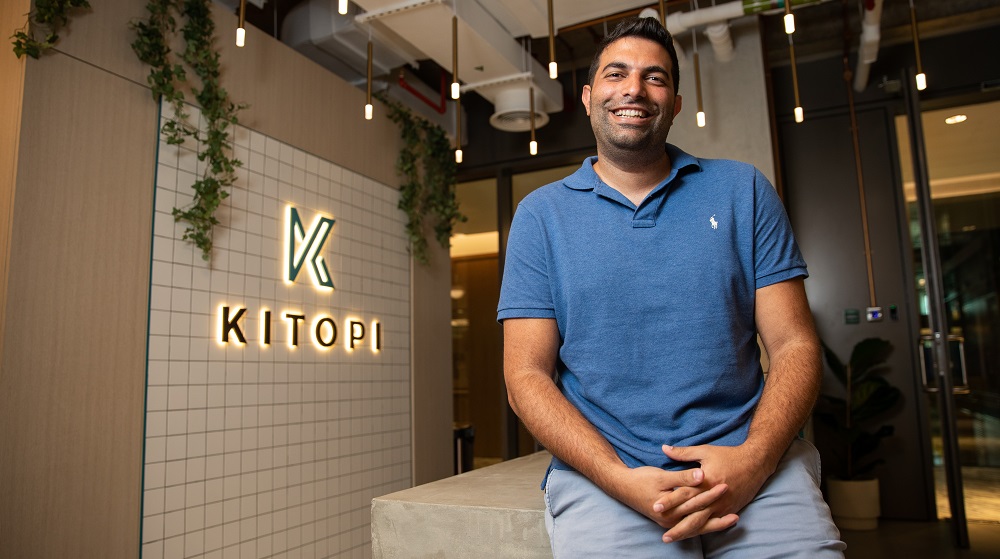 Dubai-based cloud kitchen startup Kitopi has raised $415 million in a Series C led by SoftBank’s Vision Fund 2, it announced in a statement today. It is one of the largest-ever financing rounds raised by a venture-backed company in the Middle East & North Africa. It is also the first investment by SoftBank in a Middle Eastern company. Kitopi did not disclose the valuation but confirmed to MENAbytes that it’s over $1 billion, which makes it the third Middle Eastern unicorn and the fastest one yet. The deal was also joined by some other leading growth investors, including Chimera, DisruptAD, B. Riley, Dogus Group, Next Play Capital, and Nordstar.

Founded in 2018 by Mohamad Ballout, Saman Darkan, Bader Ataya, and Andy Arenas, Kitopi operates a network of over 60 cloud kitchens in the United Arab Emirates, Saudi Arabia, Kuwait, and Bahrain. It had also expanded to the United States in 2019 but exited the market after the start of the pandemic.

The three-year-old startup partners with F&B brands to help them expand their reach through its cloud kitchens. The startup takes care of all the operations from the preparation of food to its delivery while working with the restaurants on a revenue-share basis. According to its website, it works with more than 200 brands including Shake Shack, Papa John’s, Jollibee, Nathan’s Famous, iHOP, and many others.

In a statement, the company said that its competitive advantage is in its proprietary Smart Kitchen Operating System, a suite of applications that optimize the performance of its cloud kitchen operations in real-time. It helps Kitopi manage multiple brands in a single kitchen and maximize operational efficiency, “One application, for instance, uses data science to predict when drivers will arrive and how long a menu item would take to cook, then auto sequence which items are cooked first, to enhance speed,” noted the statement.

Since its launch three years ago, Kitopi’s kitchens have been able to double the order volume while reducing the preparation time by 40 percent. The startup has also expanded into subscription-based meal plans and grocery delivery in the last twelve months. Its overall business has grown 300 percent in 2020.

Mohamad Ballout, co-founder and CEO of Kitopi, said, “These past 3 and a half years have taught us the importance of pursuing our vision with grit, focus, and building a high-performance culture. We are humbled to work with world-class partners such as Softbank, Chimera, DisruptAD, and others. What this shows is not only a great commitment to our company but to the industry and the region. Our focus now is to expand our presence within the Middle East and to Southeast Asia while continuing to innovate and pioneer in the cloud kitchen space. We are excited to take what we do to other parts of the world.”

Faisal Rehman, Managing Partner for SoftBank Investment Advisers, said, “Constraints placed on the hospitality sector by the global pandemic have rapidly catalyzed the value proposition of cloud kitchens for customers and restaurant brands. We believe Kitopi’s proprietary technology is changing the unit economics of food delivery in providing more choice to more customers, in more places. Moreover, we are delighted to welcome Kitopi as SoftBank’s first UAE-headquartered investment and are excited by the company’s growth prospects in the region and beyond.”

Dany Farha, Beco Capital, “Mohamad has assembled one of the highest quality leadership teams from the get-go and continues to build depth of talent across the organization. Coupling this with being one of the first in the world to innovate in the cloud kitchen space globally, makes for an incredibly exciting venture outcome to be borne out of Dubai – we are privileged to have the opportunity to work with Kitopi.”

Kitopi had previously raised $60 million in a Series B in early 2020.