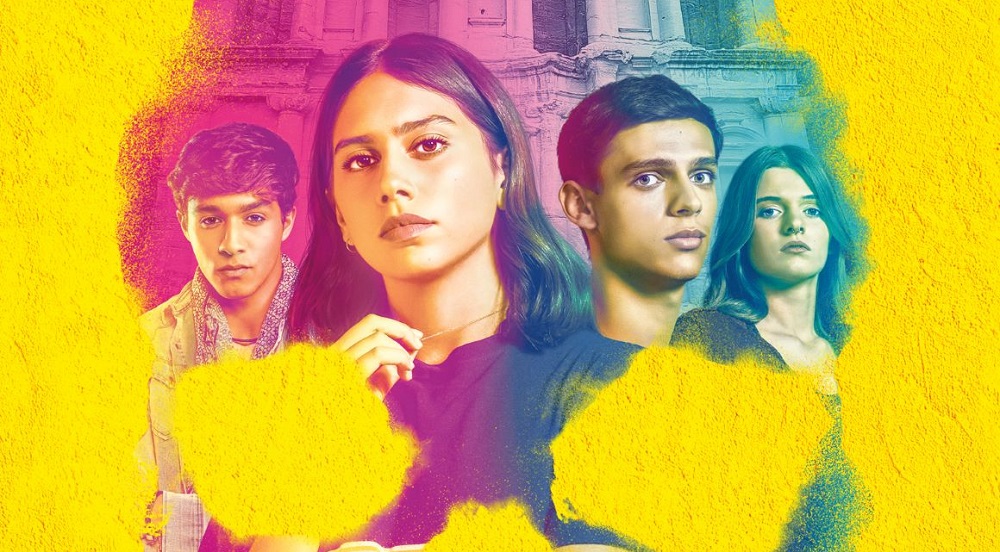 Jinn, the first Middle East Original on Netflix has premiered globally on Thursday. The series that was announced early last year is set in modern Amman and ancient Petra, and follows a group of Arab teenagers who unknowingly invite the supernatural forces of jinn into their lives. The series that stars Salma Malhas, Hamzeh Okab, Sultan Alkhail and Aysha Shahaltough, is produced by Kabreet Productions and directed by Mir-Jean Bou Chaaya and Amin Matalqa.

To celebrate the premiere, Netflix hosted the launch event in Amman that was attended by cast, crew, media and influencers from across the region as well as local VIPs including the Royal Film Commission of Jordan, an important collaborator throughout production.

Speaking about the launch, VP International Originals at Netflix, Kelly Luegenbiehl said, “This is a proud day for us at Netflix. The Middle East has a very rich tradition of storytelling and we are excited to connect these great stories with global audiences. Jinn is a distinctly Arab story but with universal themes of love, friendship, humor and adventure which will appeal to young adults everywhere.”

Princess Rym Ali, Member of the Board of Commissioners at the Royal Film Commission – Jordan and its Interim Managing Director said: “The RFC was pleased to welcome the first Netflix Arabic content TV series to Jordan, and we are proud that the cast is all Jordanian and Jordanian award-winning director Amin Matalqa directed and wrote some episodes. It is telling that there is a second local content TV series currently being developed here at this time.

“Jordan has many more local stories that have yet to be written and told, and the RFC is keen to see them come to life through film and TV series. This is one of the main reasons that it has been reviewing its policies regarding incentives, to try and develop and attract more TV series here in Jordan,” she added.

The Netflix series has not received the kind of response American media company would’ve been hoping for. Since the show premiered on Netflix last week, it has received backlash from many in Jordan and rest of the Arab world for “immoral scenes.” According to some reports, a top Jordanian prosecutor has asked country’s Interior Ministry to take “immediate necessary measures to stop the broadcast.”

Royal Film Commission after the backlash issued a statement that it couldn’t have interfered in the production. “It is important to clarify once again the role of RFC. According to the law, by which the RFC was established, its role consists in encouraging local production, attracting foreign productions and facilitating production in general. There is no censorship prerogative amongst RFC’s tasks and duties. Therefore we don’t look into the scripts.”

“Jinn is being broadcast on Netflix, which is an international platform present in 90 countries. Only those who have subscribed and have paid their subscription fee can watch it. Therefore, it is not an open platform. And up to each individual to subscribe to it or not,” RFC added in a statement shared on Twitter.

Netflix also responded to the controversy by releasing a statement.

“Jinn seeks to portray the issues young Arabs face as they come of age, including love, bullying and more. We understand that some viewers may find it provocative but we believe that it will resonate with teens across the Middle East and around the world,” said the company in the statement.

“There is a wide discrepancy in people’s reactions and comments on Jinn – positive and negative – amongst Jordanians. Some attacked it for its boldness and for crossing some red lines, while others think that it reflects the reality of a certain age group from a certain societal component in Amman. These divergent opinions reflect the diversity of Jordanian society, and it is a positive diversity,” it added.

Netflix MENA also responded to alleged bullying against actors and staff of Jinn on social media.

“We have followed with regret the current wave of bullying against actors and staff in the Jinn series and we declare that we will not tolerate any of these actions and words of the crew. Our position has always been centred on the values of diversity and inclusiveness and therefore we are working to provide a safe space for all series and film lovers around the region,” said the company in a Tweet.