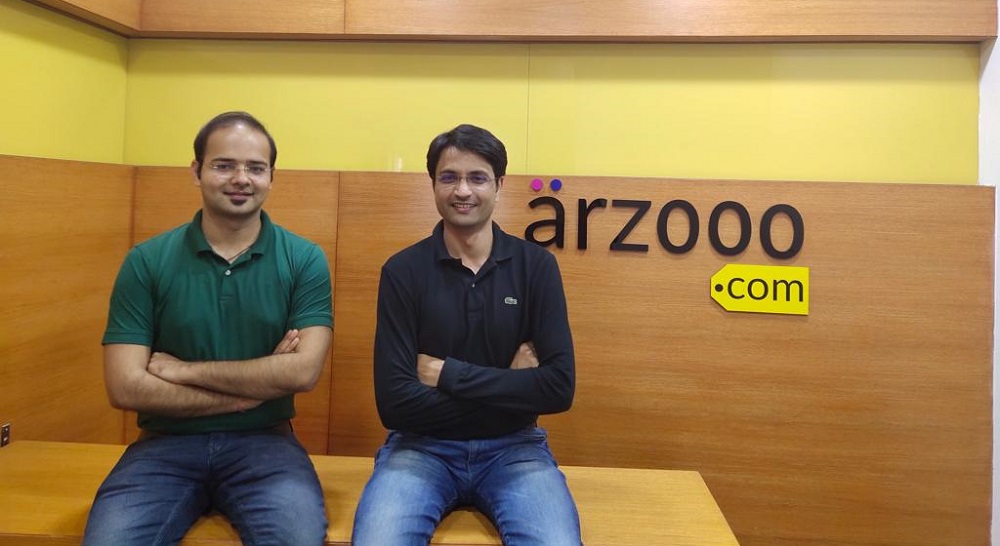 Jabbar Internet Group, one of the leading Dubai-based tech investors founded by the co-founders of Souq and Maktoob has led a million-dollar Pre-Series A in Arzooo, an Indian retail tech startup founded by former Flipkart executives, Arzooo announced in a statement to MENAbytes yesterday. The round was also joined by some other investors from India and United Kingdom.

Arzooo, founded by Khushnud Khan and Rishi Raj Rathore, is a retail tech startup that enables physical retailers to compete with online platforms. Both Khushnud and Rishi previously worked for Flipkart, the leading Indian ecommerce platform that was acquired by Walmart last year. That’s where the two met initially and came up with the idea.

Arzooo’s tech platform ‘Go Store’ enables its partner stores to offer a large selection of products to customers without having to invest (or own) inventory. The platform allows retailers to buy over 5,000 products from 100 brands with its one-touch order solution without having to deal with wholesalers, distributors or suppliers. The product purchased by retailers through Arzooo gets delivered to their shop or directly to a customer within 24 hours.

The platform also enables retailers to cross-sell. So if a store has a great deal, any store in Arzooo’s network should be able to buy this product or if a store that only sells mobile phones could easily start selling laptops and other categories of consumer electronics as well without owning or storing new inventory.

Starting with consumer electronics, Arzooo has plans to expand into other retail categories and aims to integrate over 500,000 retailers by 2022. The startup currently has 500 partner stores.

Khushnud Khan, Co-Founder & CEO, Arzooo.com, in a statement to MENAbytes, said, “We have witnessed tremendous impact of Internet into commerce and how it changed the shopping behaviour for consumers, but despite a widespread application of technology, the Offline Retail has been, for the most part, untouched or did not benefit as much.”

“With Arzooo Go Store, we have made an immediate and measureable impact to physical retailers. Not only are our retailers empowered with increased earnings, they are now put on the same pedestal to compete with the ecommerce giants,” he added.

Hussam Khoury, the President of Jabbar Internet Group, added, “Arzooo.com and its leadership team have understood the deep-rooted problems of the physical retailers limiting growth, against the backdrop of rising e-Commerce today. Addressing key challenges of Selection and Price in consumer electronic retail segment, Arzooo.com is at the cusp of revolutionizing the space. We are confident that the Arzooo Go Store technology when integrated across a broad category of retail will have a positive impact on economies of scale.

“Backing this venture, we foresee a disruption in physical retail in India with an immediate impact on sustainable business in the traditional format of onground touch and feel sales, better leveraged by technology,” he added.

The startup that currently has physical retailers in Bangalore, Hyderabad, and Chennai, plans to use the investment to expand its geographic presence in India. Arzooo will also invest the funds in product enhancment, expanding their team, and improvement of Go Store’s technology.