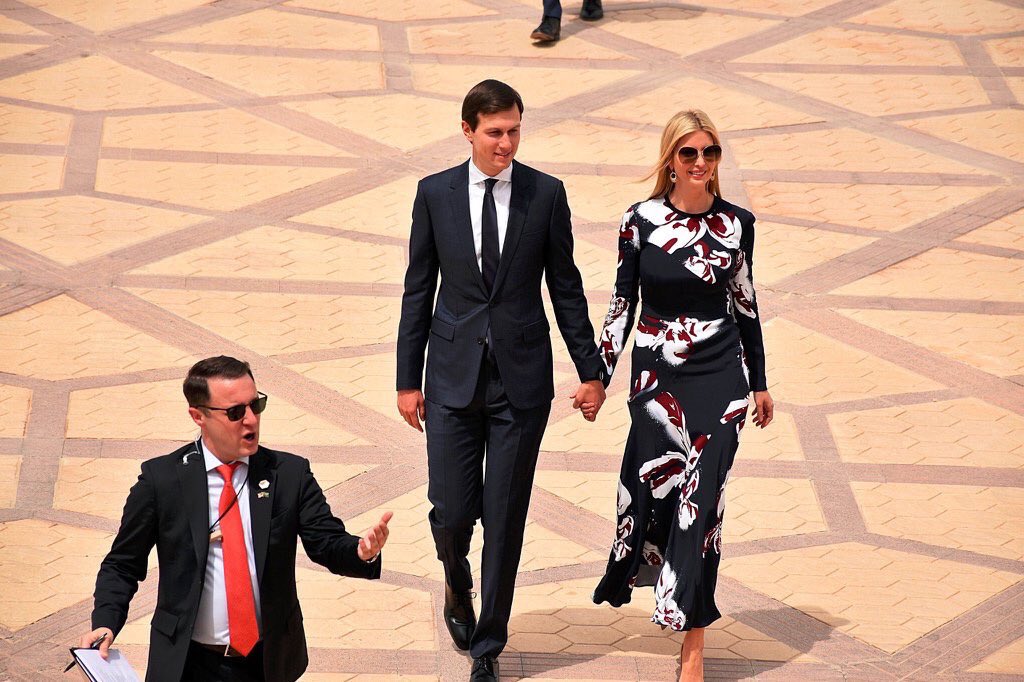 Donald Trump landed in Riyadh earlier today to attend the Riyadh Summit. The visit of American President is getting a lot of attention not only from local and international media but from citizens and residents as well.

However it appears that President’s daughter is more popular than the President himself in Saudi. Ivanka Trump has been the top trend on Twitter with more than 200,000 tweets at the time of writing. People have been tweeting memes, thoughts and what not with the hashtag #بنت_ترامب which translates to Trumps Daughter.

Some twitter users were not very happy with the trend

Some found the humor in her pictures

Is there an actual reason behind #بنت_ترامب hashtag trending worldwide? or is it just Saudi men simply drooling over her? @IHWCo