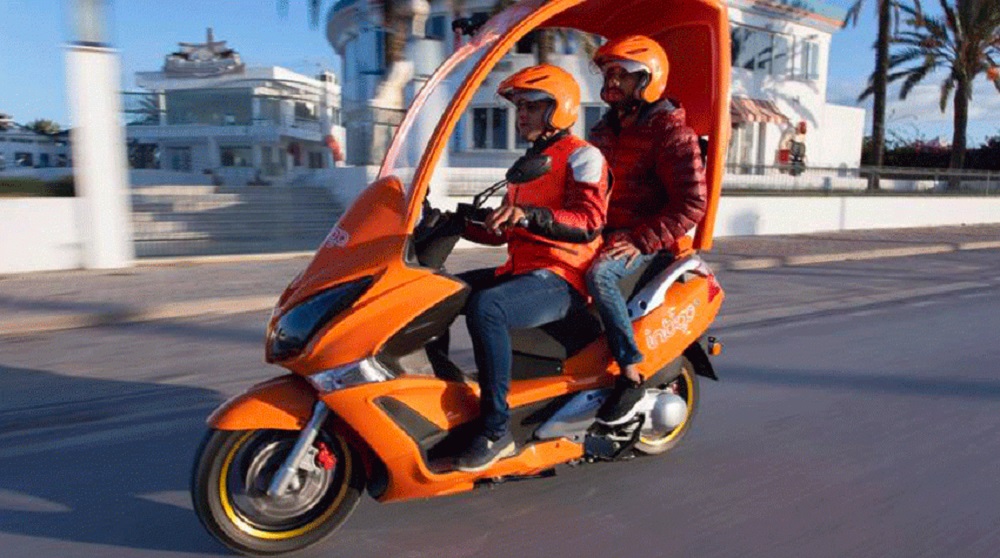 Tunisian bike taxi startup IntiGo has raised over $300,000 in funding from angel investors, it told MENAbytes today. The startup had raised another $300,000 around the time of its launch three months ago. According to its website, its investors include Aziz Ketari, Hedi Ketari, Ahmed Mhiri, Welid Mnif, Hedi Hachouch, Slim Bouzguenda, Malek Ben Ayed, and Mehdi Triki.

Founded a few months ago by serial entrepreneur and investor Bassem Bouguerra and an operations executive Nebil Jridet, IntiGo is a bike taxi startup that allows users to book bike rides in Tunis (Tunisia’s capital) that are 20 to 30 percent cheaper than a regular taxi.

The bikes (or scooters) that IntiGo has on its network are owned by it. The drivers, however, are not on IntiGo’s payroll. They rent the scooters from IntiGo and also pay 20 percent commission on every ride. IntiGo also makes money by allowing brands to advertise on its scooters.

The startup has been able to facilitate over 11,000 rides in January alone, with the small network of 50 scooters that it has, IntiGo’s co-founder and CEO Bassem Bouguerra told MENAbytes.

Bassem, answering our question about why IntiGo decided to take this asset-heavy approach for launching IntiGo, said, “When we did a market study, we found out that scooters as a means of transportation is not well accepted by Tunisians living in the capital. So we decided to purchase attractive looking scooters and mount a roof on top of them. The look and feel of our scooters have made a great first impression and we were pleasantly surprised by the positive feedback we’ve been receiving including hundreds of selfies that people share on social media whenever they ride IntiGo. We had over 30,000 app installs in just three weeks after launching the service.”

He also explained that another reason for doing this was to have full control over the quality of the service they provide early-on.

Bassem added that they will slowly start accepting independent drivers, “We are aware that is the only way to achieve growth.”

The startup with the latest funds is launching a food delivery service using the same network of bikes, “There is is a large untapped large market for food delivery in Tunisia,” said the CEO.

IntiGo also plans to use a part of the investment to buy more bikes. The startup is eying expansion to more Tunisian cities where transportation is problematic, within the next few months. It also plans to explore the option of expanding to other African countries.