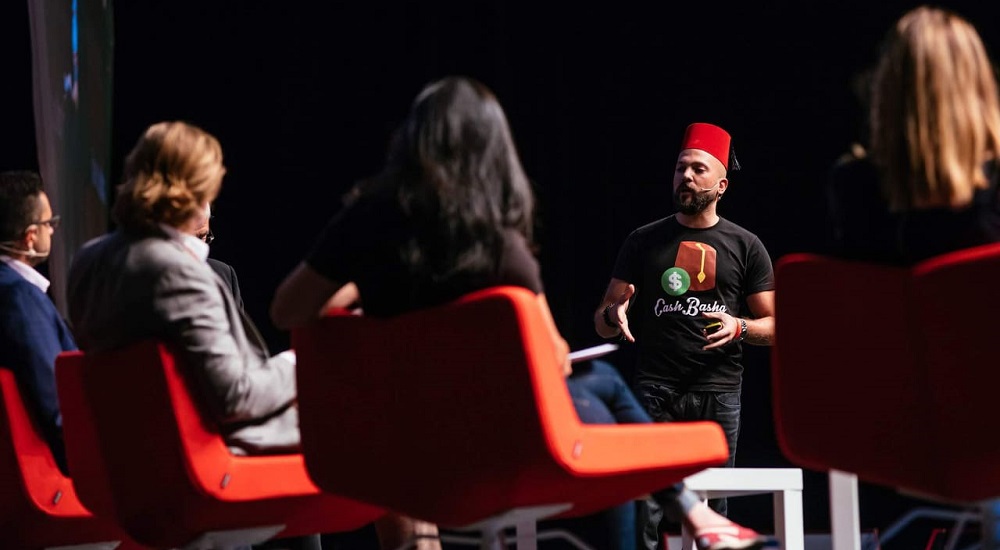 Launched in 2015, CashBasha, unlike most of the other services operating in this space that are limited to package forwarding only, provides users with a seamless way to shop on international shopping websites and have the products delivered to their doorstep with local payment methods, logistics, and customer service.

The website that’s currently not available according to publicly available statistics used to receive close to 150,000 visitors every month, making it the largest website of its kind in Jordan.

To understand why CashBasha took the extreme step of shutting down their operations, we had a chat with CashBasha’s co-founder and Business Lead Fouad Fouad Jeryes. Here’s what he had to say.

It is a common practice for governments all around the world to introduce different types of duties/taxes on products purchased online (or otherwise) from abroad in order to encourage local goods. Why do you think what Jordan is doing, in this case, is wrong?

Of course, every country follows a reasonable policy and is very commonly a mix between exemptions for personal packages up to particular limits and customs tariffs that are logical, predictable and consistent. Jordan is relatively not a developed industrial country and in reality, there is very little domestic product to protect against any imports, let alone ones that have applicability or fit to be sold online (olive oil, thyme or some garments – maybe?).

The unfortunate episode that drew my team and I at CashBasha to protest and shut down our services in our most significant market, is the fact that we are witnessing a very dark age of unjust lobbying and policies in the Kingdom. What originally stemmed from an official plea to the government by traditional retail unions who are experiencing a curtail in sales due to rough economic circumstances and ever-increasing taxation and operational costs, has turned into a nightmare against all retail at large. Rather than exploring a taxation policy that would rejuvenate sales over a long term plan, the government looked to “equalize” opportunities between online and offline retailers by applying illogical customs rates and a crippling process for anyone receiving a personal package.

Anyone expecting a package now needs to go to an Arabic-only customs portal, manually sign up using their ID number, accurately declare the full details of arriving packages ahead of time, or else they will face fines in addition to the new tariffs that no longer include any exemptions. This completely turns the tables against e-tailers, denies a fair ability to compete or provide a customer-centric shopping experience.

Furthermore, they limited the annual total value of packages imported by a citizen to JOD 500 (USD 700), but without proper design how are shopping sites to know which customers have reached that limit or not and shouldn’t be served? Who is going take the fine for that? How is our “final price” policy going to stand if we ship a package to the destination and figure all this on arrival? The losses become exponential.

To be clear, we are not against regulating the e-commerce industry at all, or the existence of any tariffs, but we have a professional duty to protect and serve our customers and the mechanism in which this change has been implemented will deny us that right. To add insult to injury, the changes were announced and assigned to go into effect in less than 4 days with bogus official statistics and statements to size up the “damage”, as they call it, that the e-commerce industry has caused to traditional retail. Not one company or shopping site is responsible for these changes, but the internet allowed for this change and it’s up to everyone to find their place within an evolving economy.

For us, we’ve always taken a data-driven approach to our business and have halted operations because we have modeled how these changes can affect e-commerce or even estrange our country from being a player in a modern global trade market. As early as we heard rumors on the matter from reliable sources, we proactively sent official letters to the Prime Minister, Omar Razzaz and circulated it to others, but the only response we were met with was this sudden launch of the regulation itself.

What is it that upsets you the most about the decision?

What upsets us most is that this is just another sign of a policy that is short-sighted, deployed on a whim, with no transparency, no proper planning or credible published research, no consideration to how to launch a new customs or government “product”, no public-private partnership and Jordan not only deserves better, it CAN do better.

We realize that the economic situation is difficult, but when a nation acts in desperation and doesn’t make a surgical effort to find reasonable arguments or the means to convince the general public of their new position and plans, why do anything at all. Why should we tolerate incompetence? They changed the name of the Ministry of Information and Communication Technology to the Ministry of Digital Economy and Entrepreneurship, and rather than acting as a true partner to e-commerce startups and being upfront on these changes or working together on something that was bound to become a harsh reality, the dialogue was thin-to-none.

Despite that, Jordan still has a regional reputation in the tech sector and accomplishments to be proud of in the startup field, we are distraught that the country itself doesn’t organize in a manner in which a startup would. We think it should and that type of mentality could help us re-route to remain as a leader in the field.

Think of it. On the risky rollercoaster ride that leads to prosperity and success, there are multiple dark chapters that may leave any team without resources, money, talent, etc. What would that startup team do? Would they widen their appetite to risk and enable a wider market to flourish? Or do you make ill-informed decisions to run things into the ground even further? The startup mentality employs research, speedy re-iterations, gradual product roll-outs, data-driven decision making, and a long term vision. Reasonable deviations are allowed, but they have to be justified, too. Not only are those things that I expect from my government, but things I demand from the new ministry of Digital Economy and Entrepreneurship.

There are other similar platforms as well (Shop and Ship and others). Have they also ceased operations in Jordan?

Although we might have been singled out by the Minister and shockingly defamed on public television as the first to act against this, there are at least three other services we know of that have joined the protest we have started and have closed up shop without any influence from our side.

Another unknown effort is the JordanCustoms.fail page that also started a fundraiser to help gather funds for companies in trouble due to the changes. Other large companies, especially in the shipping space or ecommerce, have not made official statements in fear that other channels of business, investments or political relationships might be jeopardized.

Those players have provided late notices after the fact that customs regulations are changing because no one had the time to properly roll this out even if we did feel it was fair and just.

Do you think shutting down operations is the best way to respond to these changes?

We’re doing our civic duty towards a better Jordan by setting up www.cashbasha.com/customs to publicly and amicably highlight our objections and suggestions to these abrupt changes. Although there are no signs of slow-down for us, we may never entertain the Jordanian market ever again, and we generally refrain to entertain a market in which we cannot guarantee the best level of service or the protection of our customers.

No one should be surprised that we have taken what may seem to be an extreme measure, in fact, it is the least we could be doing. We are risking imminent investment and even future acquisition opportunities under such conditions. The petition launched by the Jordan Entrepreneurship and Innovation Association is approaching 8,000 signatures in 48 hours.

The larger problem is that the smaller guys like us are the ones fighting this fight. We are the ones trying to raise our voices from the sandboxes despite being dwarfed by an opposing number of traditional retailers that can sway things unfairly in the eyes of policymakers. It doesn’t help that larger companies who are directly or indirectly impacted by this change haven’t voiced their opinion or recommendations publicly but I’m sure they are lobbying through their own channels away from the public eye.

Has the government responded to the initial frustration shown by users over the decision?

Despite a major outcry from the whole sector (both online and offline) and public, the Minister of Digital Economy and Entrepreneurship has made two appearances over the past week. One on a satellite TV station and another at a local event where he was the guest of a fireside chat. I’d be ashamed to reveal the full details of the arguments he has been making because as a member of the larger Jordanian ecosystem, I have a responsibility to respect and protect the strides of effort and history of accomplishments that were made before me. For those looking to research more, the internet is a very honest place sadly, but for my company, I’ll leave matters to the peaceful movement which we are proud of. Till this moment, no changes have been officially announced by the government.

If our work is to die, then it should die on the account of a true attempt to fix the customs and trade policy in Jordan once and for all. We will not accept defeat because of policies that are done in haste or without the necessary level of study. The ambiguity has trailed on for far too long.

So, where does CashBasha go from here?

We’re evaluating with every moment, but it would a futile effort if we were to open under present conditions again. The customs fees that we are paying on behalf of the orders that we placed before the change and are now arriving will definitely hurt our financial position.

Regarding our team and company: We’re not a one-trick pony and we’re proud to have a track record of building products that do well in the market. Although starting over is never easy, especially in the light of a potentially unnecessary loss, we’ll march on. It’s unclear in what direction that may be.