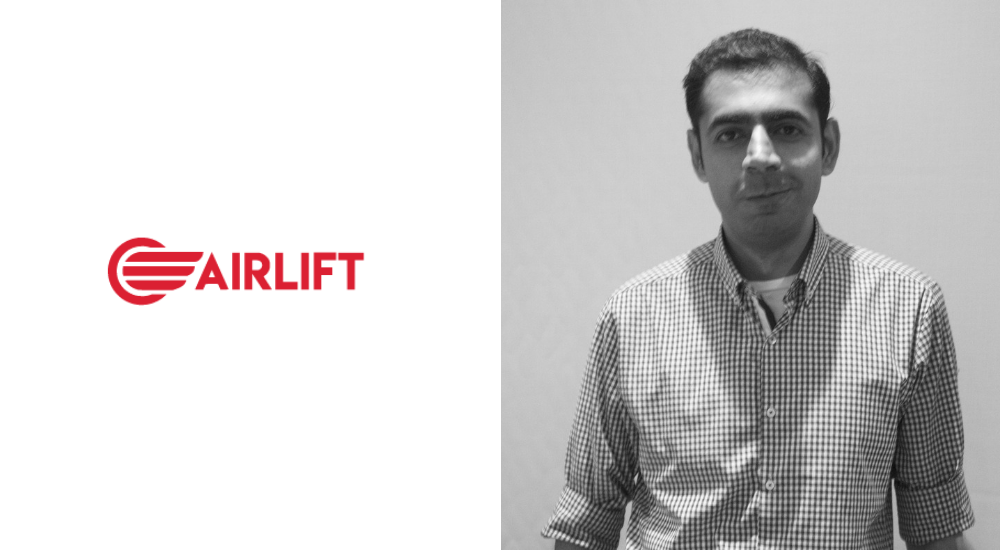 Airlift is a Pakistani transportation startup that’s building (what it calls) a decentralized mass transit system to offer users a reliable daily commute option. Currently available in Lahore and Karachi, the startup allows users to book rides on premium quality buses and vans that have fixed routes, times and stops. These rides are generally 30 to 40 percent cheaper than taking an Uber and Careem but require user to walk to/form pickup and dropoff points.

Started just ten months ago, Airlift has very quickly grown to have hundreds of routes and buses in Lahore and Karachi, with their service being used by tens of thousands of users every month.

Airlift that raised $2.2 million in the largest-ever seed round for a Pakistani startup now faces competition from Cairo-born Swvl which recently expanded to Pakistan and is now operational in Lahore, Karachi, and Islamabad.

We had a chance to have a quick chat with Airlift’s co-founder and CEO Usman Gul and here’s what he had to say about building Airlift. We had a lot more to ask but there are certain things that Usman doesn’t want to talk about publicly, for now.

Please tell us a little bit about yourself. What’s your background and how’d you end up building Airlift?

I was born and raised in Lahore (Pakistan), but have spent the last 10 years in the US. After completing undergraduate studies in Ohio (US), I moved to New York to join MasterCard’s Leadership Development Program. Most recently, I was part of the early team at DoorDash’s headquarters in San Francisco — DoorDash is the largest food delivery company in the US valued at $12.6B.

Who are the founding team members of Airlift and how did you know them?

Awaab Khakwany, Meher Farrukh, Zohaib Ali, Muhammad Owais and Ahmed Ayub are part of the founding team. With Ahmed’s exception, all of the founding team members cold emailed me after learning about what I was doing on an online forum. Consistent with best practices from the YC Startup Playbook, we tried to make self-selection work in our favor — we biased the pool of candidates in our favor by engaging only with those who reached out with thoughtful cold emails.

How much of initial capital did you guys put into it? Where did it come from?

After validating the idea, it took us about three weeks to develop the first version of our product. From the very beginning, velocity of execution has been a core part of the Airlift DNA.

So you ended up raising Pakistan’s largest seed round within six months of going live. How did that happen, especially considering that it is still not very easy for Pakistani startups to raise capital?

Our approach to fundraising has been highly iterative. In the first iteration, we raised $150,000 with just an idea. In the next iteration, we started doing 1,000 rides/day within the first few months of launch, enabling us to raise the country’s largest seed round. This is, however, just the beginning. We’re looking to continue our iterative approach with our upcoming Series A.

Do you think Careem’s exit and Swvl’s success (with the fundraising) helped Airlift in selling its story to investors?

I believe our vision for a decentralized mass transit system is a little different from what other adjacent companies are building. We would have raised financing regardless of their success.

You’ve previously said that you’re eyeing Bangladesh and Nigeria for potential expansion. When is that happening?

We’re still in the process of finalizing our plans for international expansion. We haven’t locked down markets or dates just yet.

With everything going on around Uber and Lyft after their IPOs, there is a general skepticism around ride-hailing. How do you see that? Do you think what you’re building is sustainable in the long-run? Do the unit economics make sense?

I think Uber and Lyft are fundamentally different businesses. Airlift is on a mission to build the world’s first decentralized mass transit system, leveraging networks of higher capacity vehicles that already exist. I believe our business model, and the associated unit economics, are entirely different from those of Uber/Lyft.

One common complaint (apart from the otherwise very positive feedback) about Airlift and other similar services that we keep hearing is the slow response to customer complaints. How are you addressing this?

Airlift is growing extremely fast. Our growth curve is incomparably steeper than that of other similar companies when they were at our stage. With such aggressive growth, we’re finding it extremely challenging to scale our support teams accordingly. It is hard to double the team size every week, or every other week. We are, however, driving massive improvements in response times. As of today, for instance, we responded to 80% of the tickets received via email in less than six hours.

We have to obsess over the customer experience and are working day and night to scale our operations to keep up with the growth.

Do you think an average commuter who needs to be at work on time everyday can rely on a service like Airlift?

I think that is exactly what we want to build — a decentralized mass transit system that offers a reliable and convenient daily commute option. We have tens of thousands of customers who rely on Airlift on a daily basis. At the same time, we’re well aware of the gaps in our system, and are working actively to minimize delays and cancellations that adversely impact the customer experience.

What have been the biggest challenges in Airlift’s journey so far?

I’m not sure if this is the biggest challenge, but one of our major challenges has been around prioritization and managing our life outside of work. At Airlift, we often talk about how our “friendship retention rate” is now nearing an all-time low.

We do not have set working hours — people come in and leave at their own times. But I have yet to see an environment in which people are so driven, so committed to a mission. In some ways, this is a new concept in Pakistan.

What do you consider Airlift’s biggest success yet?

I believe our biggest achievement thus far is the calibre and quality of the team that we’ve built.

Favorite founders in tech? People you consider your role-models?

What would be your advice to young Pakistani founders who are trying to start their tech companies?

I would encourage upcoming founders to look up YC’s Startup Playbook and then to come join us at Airlift — there is no better learning opportunity in Pakistan. A lot of the large technology companies that have arrived in Pakistan with a fully baked product do not offer the experience of taking a product from zero to one. Airlift offers that unique opportunity.

How many times have you used Airlift yourself? What is it that you like the most about it?

Countless times — I’ve taken close to 50 rides. Personally, I love the push notifications prior to the bus arrival, it is a subtle yet effective form of communication.