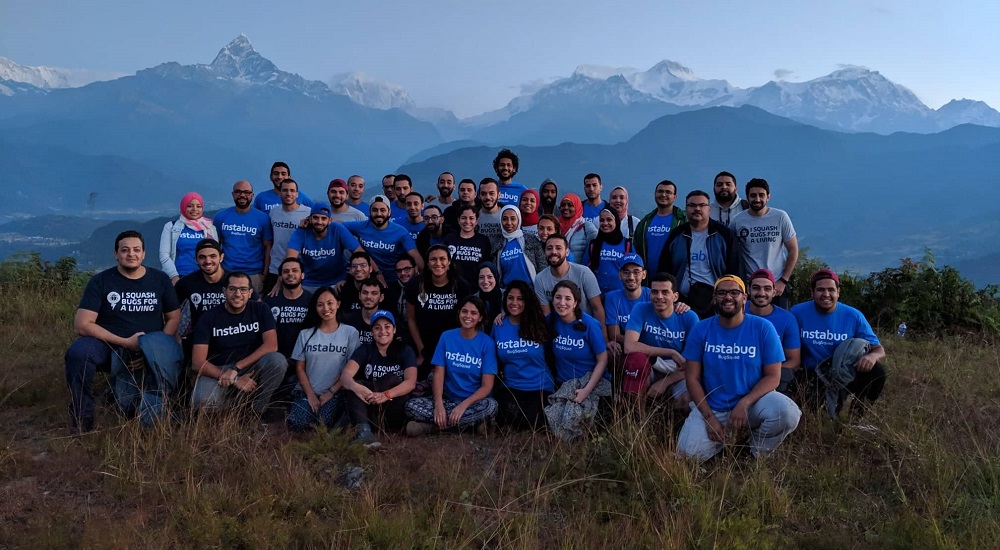 Instabug, the Cairo-based startup that allows mobile teams to collect real-time contextual insights throughout their mobile app lifecycle, last month revealed its new brand with a new logo that doesn’t have the ‘famous bug’ anymore. Yes, they’ve literally squashed the one in their logo this time.

Announcing the new identity, Instabug’s blog published two pieces explaining all the details and background. One of them was written by company’s co-founder and CEO Omar Gabr. The piece by Omar had a lot of details about the rebranding and how Instabug has evolved to become a platform for Real-Time Contextual Insights the part that stands out is where Omar shared the numbers.

“In 2019, Instabug has reached over 25 thousand companies, 400 million reported issues and feedback received, and 2 billion devices running our SDK worldwide,” he writes in the blog.

It wasn’t clear from the blog if Instabug has reached 25,000 companies over seven years of its existence or currently have them as clients. So we reached out to their team and they’ve confirmed that the 25,000 Omar is speaking of in the blog, is the number of their current clients. This is a massive number.

We don’t have the details of how much Instabug is making in average revenue (per company) from these clients but with over 25,000 companies using its services, it is (to the best of our knowledge) the leading SaaS startup of the Middle East & North Africa.

Omar also revealed that there are now 2 billion devices around the world that are running their SDK (Software Development Kit). Instabug is integrated into mobile apps of its clients through its SDK. Some of the most notable clients using its services are PayPal, BuzzFeed, Samsung, Lyft, Soundcloud, and OnePlus. And the mobile apps of these companies have hundreds of millions of users which is how its SDK is reaching 2 billion devices. They were at 200 million devices in January 2016.

Founded in 2013 by Omar Gabr and Moataz Soliman, Instabug that had originally started as a tool that mobile app developers could use to collect bug reports quickly and easily. As Omar explained in the blog, the Egyptian startup continued adding different new products to its suite over these seven years and now allows developers to collect real-time contextual insights through their entire mobile app lifecycle with bug and feedback reporting, secure crash reporting, and intuitive in-app surveys.

Instabug was part of one of the first cycles of Flat6Labs Cairo and joined Y Combinator’s Winter 2016 cycle as one of the first SaaS startups from MENA. They’ve raised a little over $2 million in (publicly disclosed) funding until now with $1.7 million of it coming in a seed round in 2016 led by Y Combinator and Accel.