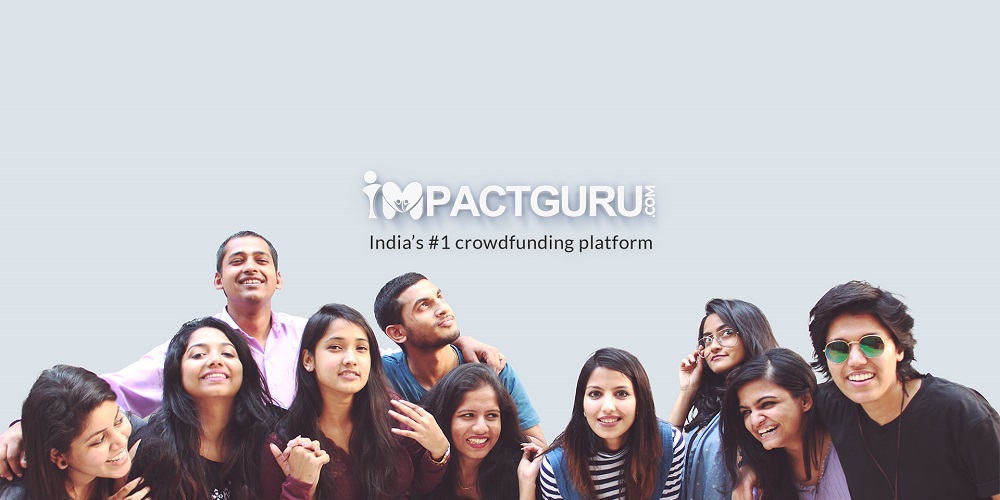 Founded in 2014 by Piyush Jain and Khushboo Jain, the platform makes it easy for anyone to raise funds online for their medical expenses that are not covered by insurance.

The traditional way of doing this is seeking contributions (as a loan) from family members and return the money at some point. But for some very expensive medical procedures, raising money from family members sometimes is not enough and that’s why every now and then we keep seeing calls-for-donations on Facebook and other similar platforms, where people are collecting money for medical treatment of their loved ones.

Impact Guru is basically making all of that very easy. Anyone can contribute to the calls/campaigns for donations, which makes things convenient $50,000 from 100 people, including your family, friends and other generous donors is way easier than raising the same amount from five close family members.

And you obviously don’t have to think about paying back the money as the money provided is not a loan.

Since launching, the helped over 15,000 patients to crowdfund in last 4 years and mobilized over $20 million across 15 countries.

Impact Guru makes money by charging a fee between 5% to 12% of the total money raised.

After raising this investment, Impact Guru now plans to expand into GCC, starting from UAE. The region hosts 7 million Indian expats and more than 15% of donations on Impact Guru that originate from outside of India come from GCC.

The startup is looking to partner with with private hospitals, clinics, healthtech startups, and NGOs to accelerate its GCC entry and scale its operations. Impact Guru will ensure full regulatory compliance in each jurisdiction in which it operates, said the statement.

It also notes that out of pocket private healthcare expenses in most of the GCC countries ranges between 50% to 70%. A recent survey by an insurance company, Cigna, had concluded that close to 50% of UAE residents are concerned that they will be unable to pay for their family’s or own medical expenses, above their mandatory employee coverage, the statement added.

The governments in the region fund about 70% of all healthcare expenditure, estimated at $76 billion, per statement, which is starting to become a challenge, given lower oil prices, aging population, increasing prevalence of chronic diseases – particularly cancer and diabetes.

Piyush Jain, Co-Founder and CEO, Impact Guru said “Impact Guru is thrilled to receive the backing of Shorooq Investments to scale crowdfunding in GCC and make healthcare affordable for all. The potential to use technology to crowdfund for help is limitless in the face of GCC’s accelerating smartphone, internet, and digital payments penetration. We look forward to providing the best and most cost effective patient financing solution in the market today as the first mover in the GCC region.”

Shane Shin, Founding Managing Partner at Shorooq Investments and Mahmoud Adi, Co-Founding Partner at Shorooq Investments said “Crowdfunding for medical bills and other personal causes has been one of the most successful and impactful business models around the world. Crowdfunding is just a natural progression of how financial technology makes our society more connected, collaborative and efficient. We are extremely excited about our investment in Impact Guru and are already in advanced discussions to pilot this disruptive business across the GCC region.”