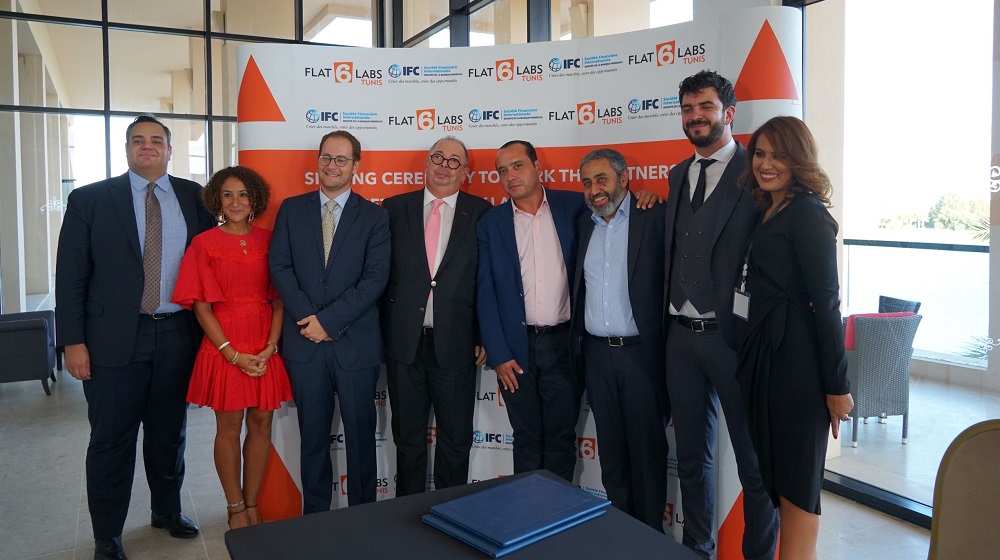 International Finance Corporation (IFC), a member of the World Bank Group has announced that it is investing $1 million into Tunisia-based Anava Seed Fund, an accelerator and early-stage fund managed by Flat6Labs Tunis. MENAbytes had reported late last year that IFC is considering to invest $1 million in Flat6Labs, citing the information available in documents of IFC’s information portal.

“The move aims to support tech entrepreneurship and women entrepreneurs in particular, as well as to boost Tunisia’s nascent venture capital ecosystem,” said the statement.

Half of the money is being provided by the Women Entrepreneurs Finance Initiative (We-Fi), a partnership among governments, multilateral development banks, and other public and private sector stakeholders, hosted by the World Bank Group. We-Fi, as the statement notes, supports women entrepreneurs in developing countries by building their capacity, scaling up access to financial products and services, and providing links with global markets.

What this means essentially is that we’ll see Flat6Labs Tunis investing in a lot more female-founded startups than it used to as it is now part of their mandate. Dabchy, a Flat6Labs Tunis-backed female-led startup that was part of accelerator’s first cohort, recently raised $300,000 in seed funding from 500 Startups (MENA) and two Saudi VCs, which to the best of our knowledge is the highest amount of funding raised by a Flat6Labs Tunis startup.

Flat6Labs Tunis that is a partnership between Flat6Labs, BIAT, TAEF (Tunisian American Enterprise Fund), Meninx Holding and Le15, per statement, is increasing its seed fund size to $10 million to support up to 100 technology companies and to help address the lack of early-stage capital in Tunisia.

Ramez El-Serafy, CEO at Flat6Labs, said, “We believe that our partnership with IFC will enable us to continue providing entrepreneurs with a better support program and encourage more candidates, especially women, to apply and thrive through it.”

Georges Joseph Ghorra, IFC’s Resident Representative in Tunisia, said, “Early-stage funding is vital to building a robust startup ecosystem and to help entrepreneurs establish companies that can develop innovative solutions and create quality jobs. We aim to address the funding gaps in this space, especially for women entrepreneurs, to continue to spur innovation and economic growth in Tunisia and the region.”

Tunisia earlier this year had also secured a $175 million loan from The World Bank, $75 million of which is supposed to be invested in startups in the country.

The investment by IFC in Flat6Labs Tunisia is part of its $30 million Startup Catalyst initiative that backs accelerators and seed funds in emerging markets to help them venture capital ecosystem and boost entrepreneurial activity. IFC has previously also invested in Flat6Labs Cairo and Ibtikar Capital.

The World Bank Group-member two months ago had also announced that it will be investing $2.5 million in Pakistani early-stage VC Sarmayacar.