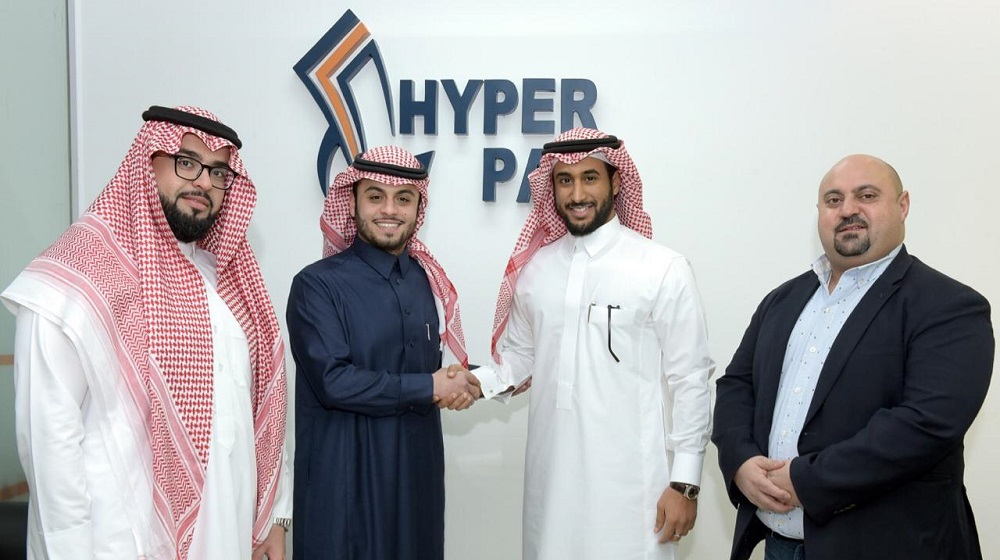 Riyadh-headquartered payment processing platform HyperPay has closed an eight-figure USD investment, it announced today in a statement to MENAbytes without disclosing the exact size of the deal. The round was led by Saudi-based Mad’a Investment Company (which is PE firm that has previously invested in some regional tech startups) and joined by Saudi Venture Capital Company, iNet, and Middle East Venture Partners (MEVP).

Even though HyperPay did not disclose the exact size of investment, given the investors involved, it would be safe to assume that it is between $10 to $15 million.

The round, per statement, also included exit for investors who had participated in some previous rounds of HyperPay. It is not clear how much of these funds are being injected into the startup.

Founded in 2014 in Jordan by Muhannad Ebwini, HyperPay is one of the leading payment gateways of the Middle East & North Africa, providing payment services to thousands of merchants in Saudi Arabia, Jordan, United Arab Emirates, and Lebanon, helping them sell different goods and services online.

The startup that currently has offices in Amman, Riyadh, and Dubai, with majority of its team based out of Amman, plans to use a part of the latest investment to accelerate its expansion across Egypt and the GCC. It will also be using the investment to grow its infrastructure in Saud and suite of products.

HyperPay that labels itself as the fastest-growing Saudi-based payment service provider, offers different integration methods to merchants including its ready-to-use plugins for ecommerce platforms like Magento and Woocomerce.

Muhannad Ebwini, the founder and founder and CEO of HyperPay, said, “We have been fortunate to have some of the Kingdom’s leading investors believe in HyperPay’s potential. We are looking forward to the upcoming year as it will hold new and exciting projects, and closing this round will support in actualizing our objectives for 2020.”

Abdullah Abdulaziz AlOthaim, founder and CEO of Mad’a Investment said, “After keeping a close eye on HyperPay’s activities in recent years, we were impressed by the company’s noticeable growth in Saudi Arabia and its aim to empower the regional ecommerce space by
helping move towards a more integrated financial ecosystem which is in line with the Vision 2030. We are delighted to partner with Muhannad and his team as they continue to offer businesses a global standard in digital payments.”