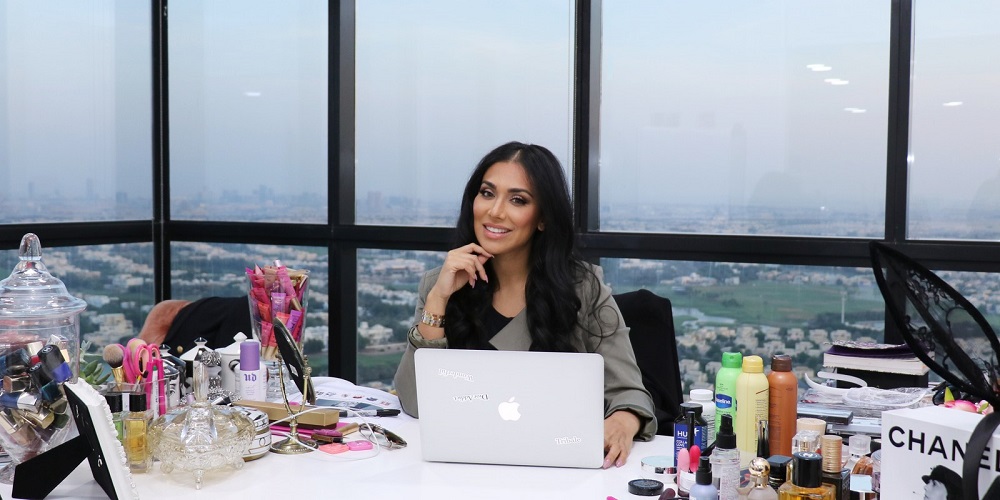 Huda Kattan has become a very popular name among women in the Middle East (and beyond). The 34-year-old social media influencer co-founded Huda Beauty, a cosmetics line in 2013 – that is now estimated to be worth a billion dollar and is on its way to make $300 million in revenue for 2018.

It’s a massive achievement for any business to get to $300 million in revenues in just five years of its founding and reach a billion-dollar valuation in the process.

But it’s kind of unthinkable for a business that stayed bootstrapped for more than four years. Huda Kattan had started the business with $10,000 of her savings and another $6,000 that she had borrowed from her sister Alya Kattan who along with Mona Kattan (another Kattan sister) owns a small stake in the company and help manage the company.

Last year, Huda Kattan sold a small stake in the business to TSG Consumer Partners, a California-based private equity firm last year. According to Forbes, she still owns the majority stake and has a net worth of of $550 million that makes her one of America’s richest self-made women and she is the third youngest on this list with Kylie Jenner and Taylor Swift taking the top two spots.

What’s most interesting about Huda Kattan’s story of building Huda Beauty into a global cosmetics brand is the fact that all of it started with a simple blog. It was 2010 when she started this blog with some simple makeup tutorials. According to Forbes, it is now the most viewed beauty blog in the internet. The numbers by Similar Web suggest that it attracts one million unique visitors every month.

But it’s not only the blog. She has more than 26 million followers on Instagram and that’s where most of her influence comes from. A simple post from her there would get as many as half a million likes and tens of thousand of comments.

In her conversation with Forbes, she claims to have been contacted by different global conglomerates for a possible acquisition but the idea of selling the business ‘didn’t feel right’. She instead wants to focus on building Huda Beauty into a conglomerate and be the ‘next Estee Lauder’.

Majority of Huda Beauty’s sales come directly from its website but the brand has its products available in different stores across the world and is expected to be in 900 stores in the United States and 600 stores globally by the end of 2018.

There are hundreds of influencers who have millions of social media followers but there are hardly any who’ve built billion-dollar businesses. Huda Kattan is one such business genius who has done it.

There’s a lot that startups in the region could learn from rise of Huda Beauty as a global brand but most of us are very busy chasing venture capital to learn anything anyway.