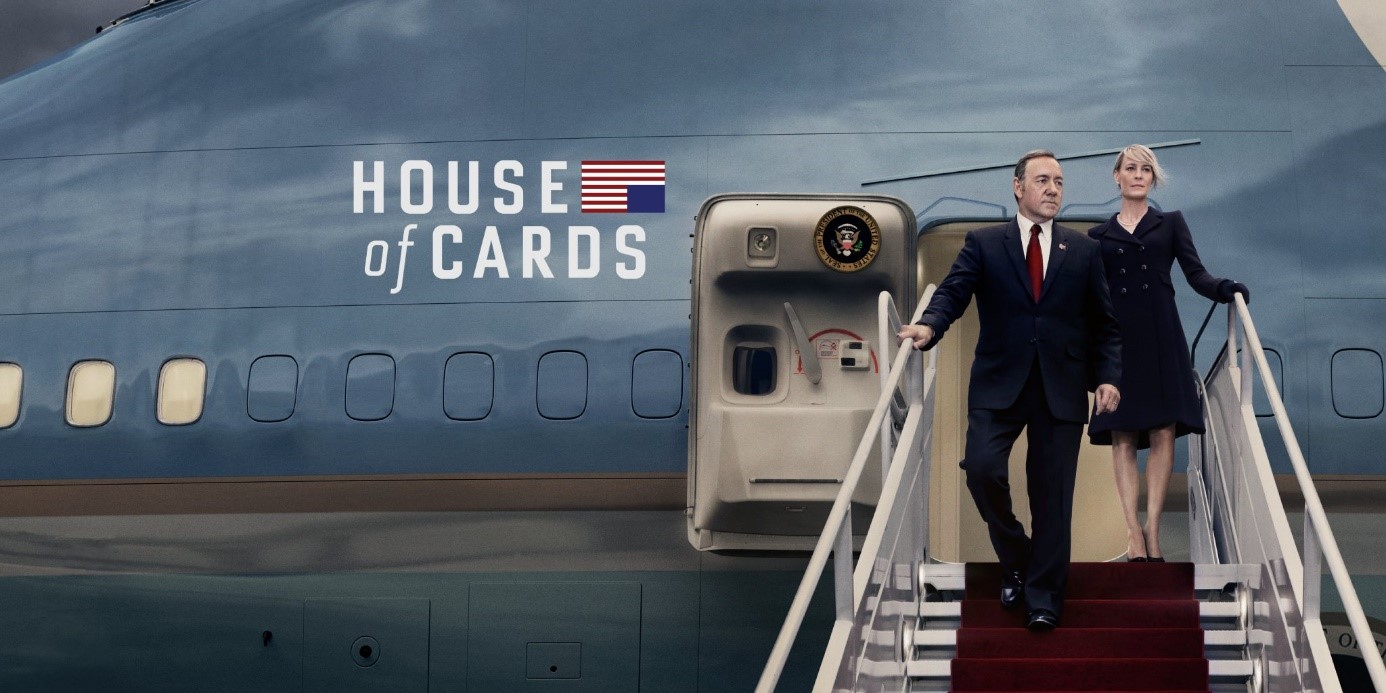 There’s a lot of talk going on about President of United States Trump’s visit to Saudi Arabia. A Twitter user used this as the best possible opportunity to ask the official House of Cards account on Twitter if Frank Underwood is coming to Saudi. For those of you who don’t know; House of Cards is an American political drama web television series by Netflix in which Frank Underwood’s character is currently the President of US. Played by Kevin Spacey, the character is extremely popular.

So, Abdullah, a Twitter user tweeted this at House of Cards:

Yes, Riyadh is heavily decorated with American flags all around the city for Trump’s visit.

Now we’re not sure if Abdullah was expecting a response but House of Cards decided not to hold back and responded with:

The response In sha Allah is an Arabic phrase which means God willing. The fans of House of Cards in MENA got pretty excited seeing House of Cards tweeting in Arabic and the tweet has received more than 2,000 retweets at time of writing this.