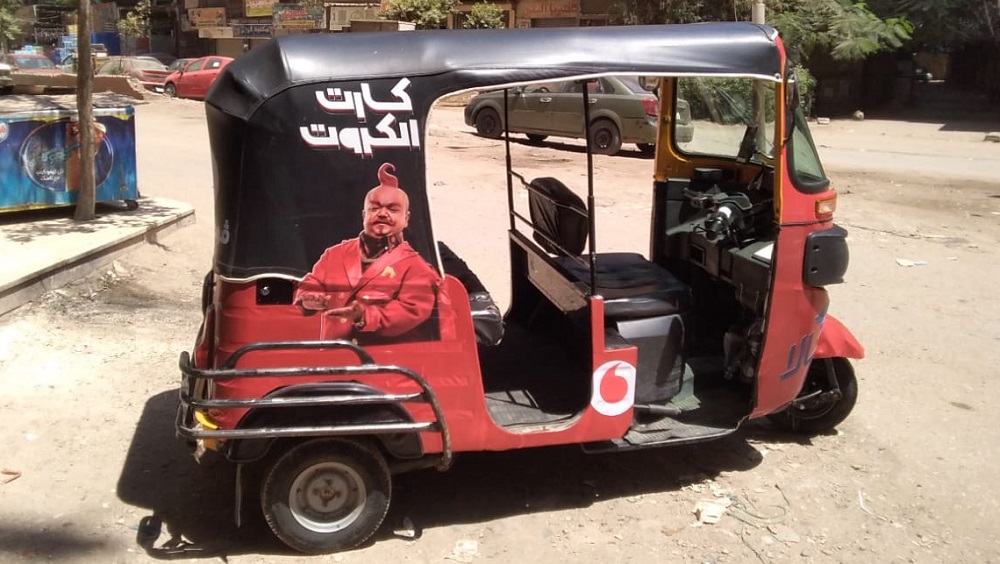 Halan, the Cairo-based tuk-tuk and motorcycle ride-hailing startup has launched Halan Ads, enabling brands to advertise on its fleet of tuk-tuks and motorcycles, the startup told MENAbytes today. The ads are available in form of wraps on tuk-tuks and small billboards on motorbikes. The startup had been working to launch Halan Ads for a few weeks and already has at least three corporate clients.

Mohamed Aboulnaga, Halan’s co-founder and Chief Commercial Officer, speaking to MENAbytes said, “We feel that mobile advertisements are very underdeveloped in Egypt and can be more effective than traditional outdoor billboards. Transit media advertising is a globally proven concept but is under-penetrated in Egypt. We are looking at developing a 360-degree channel of advertising, branding, and engagement for brands and consumers.

Halan that currently makes money by taking a cut from rides and deliveries completed by its drivers and couriers is considering advertisement a serious revenue stream.

“It has the potential of equaling revenue generated from ride-hailing and other sectors in the logistics industry. Ancillary revenue is a critical source of income, adding sustainability to marketplace businesses. It has the potential to be the catalyst of growth for our business,” noted Mohamed in his conversation with MENAbytes.

Halan estimates that there are about 700,000 tuk-tuks in the country which have become one of the most popular methods of transportation in urban areas and in some rural areas, they are the mode of transportation.

“Potentially you are looking at a medium that can rival any other form of marketing in the country,” added Mohamed who thinks that fleet advertising could become as big as OOH advertising market in Egypt.

The Cairo-based startup said that it would be adding technological nuances to all dimensions of advertising to make it trackable, lucrative and engaging channel. Starting with post-campaign analysis, Halan also aims to introduce dashboards and analytical tools for both captains and brands to track ads and learn how they’re performing.

“Being a technology-led company, our emphasis has been on trackability. One can’t improve what one can’t measure. Advertisers would be presented with engagement numbers in the form of eyeballs, impressions, and heatmap, to improve their ability to measure the success of various campaigns,” said Mohamed.

The startup will also allow advertisers to run A/B tests to understand the efficiency of one campaign over the other. Halan’s product team is currently working to develop analytics dashboards that will be integrated with GPS and other telematics tools, to further provide a sharper view of campaign performance and ROI to their clients.

Advertisements in addition to serving Halan as an additional revenue stream will also enable drivers to generate extra income for themselves. The longer a driver is on the road, the more (s)he gets paid.

“This initiative is designed as driver-first, putting the financial interest of captains at the forefront. Our core focus remains to be able to maximize the income of our captains. For every participating captain in this program, they stand to generate additional monthly income as a revenue share from us. This would be based on various parameters such as engagement on our platform, distance traveled, customer ratings, etc,” said Halan’s Chief Commercial Officer.